On Friday, April 16th, members of the Belize National Teachers Union (BNTU) across the country held peaceful protests against the proposed salary cuts set by the Government of Belize (GOB). Teachers also called on GOB to collect overdue taxes from large companies such as Belize Telemedia Limited (BTL) and Smart Belize. 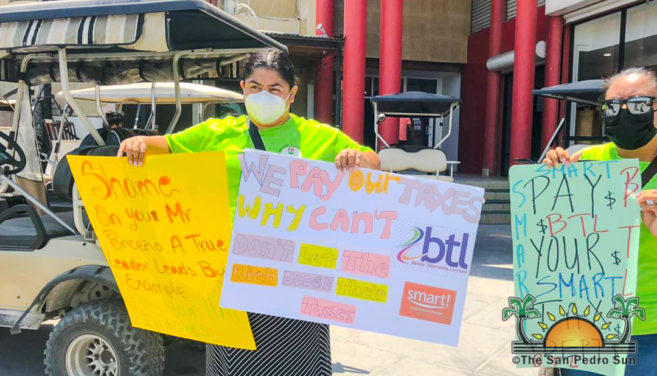 In San Pedro Town, a handful of teachers marched through the streets of downtown San Pedro and picketed BTL and SMART offices, demanding a better solution from the government other than reducing their salaries to balance the budget. Armed with placards and adhering to the COVID-19 regulations, their placards demanded that the said companies pay their taxes, which are in the millions, according to reports. Other messages illustrated their disappointment in the prime minister for pushing the salary cuts. 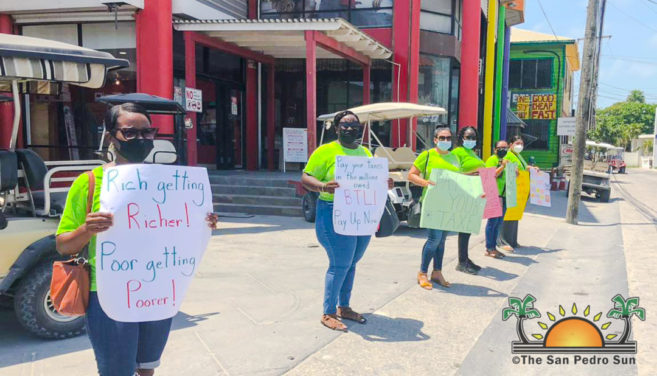 One of the protesters said that there are better ways to get money to improve the country’s economy. “Instead of doing a salary cut, collect the millions owed in taxes from the companies like BTL and SMART. That can make a big difference in the economy instead of finding an easier way by taking the money from the hard-working people, which are the teachers and public officers.” 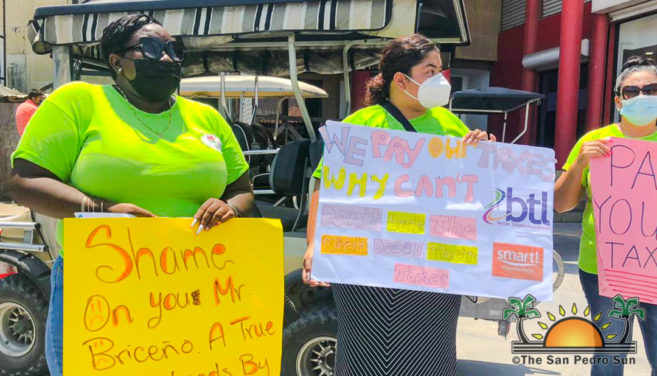 The teachers also indicated that during this pandemic, it is the public servants keeping the economy afloat. They said that if teachers’ and public officers’ salaries are reduced, it will affect everyone in the community as they will consume less, impacting the business sector. “Even if you are not a public servant or teacher and you are not being paid by the government, you will get affected,” a teacher said. “Our money goes to you.” One of the teachers’ hardships is the amount of money they spend every year from their own pockets to prepare their classrooms. If their salaries are cut, it will not be easy to provide the additional services to students that are usually foot by teachers. 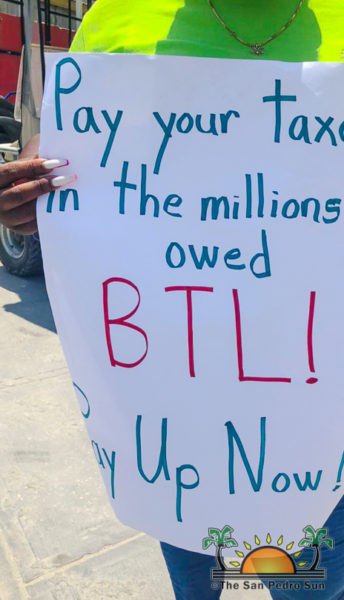 BNTU representative on the island, Helen Melendez, ended by pointing out that although the government asked them to upgrade themselves by going back to school for a higher degree, they continued to be underpaid and the proposed reduction in their pay is considered a significant setback.

Caye Caulker teachers also stood in solidarity with the unions

Teachers on the sister island of Caye Caulker also came out to register their rejection of a 10% salary cut. They made it clear that a salary cut is unacceptable and demands better governance. The Hicaqueños teachers stated that it is them who place the current leaders in government to look after the interests of Belizeans. However, they are sad that this government is doing the same practices as other corrupt administrations. They called on everyone to open their eyes and realize what is happening in Belize.

Protests are set to continue throughout next week ranging from blocking streets to boycotting services and even walking out of schools.

BTL and Centaur Communications say they owe no taxes

Following the picketing by BNTU across the country targeting BTL and SMART, the management of BTL made an official statement denying they owe any taxes to the government. 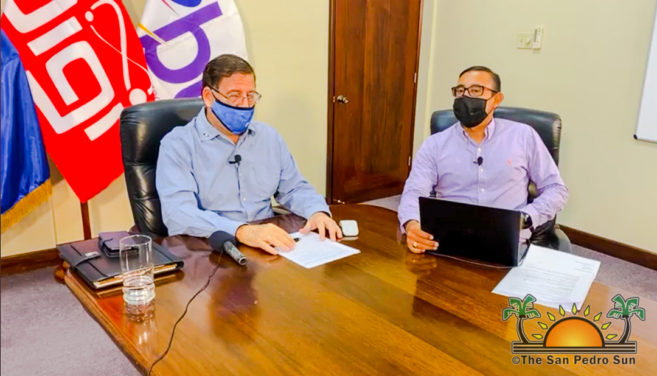 BTL’s Chairman Mark Lizarraga called a press conference where he stressed that the company owes no taxes in arrears. “We wrote to the tax department requesting clarity on the matter because BTL’s records and audited financials do not indicate any outstanding tax arrears for the company,” said Lizarraga. He explained that the last time there were talks about tax arrears was in 2011. “During 2011, the group was advised by the government that the taxes would be collected from the consideration payable for the shares acquired by the Government of Belize,” said Lizarraga. He noted that such matter with taxes was settled a decade ago, therefore, BTL owes no taxes.

While there was no word from SMART, another communications company known as Centaur Communications Corp. Ltd from Orange Walk Town issued a statement indicating that they owe no taxes to the government.

The statement read, ‘As of April 15, 2021, Centaur Communications has paid in full all taxes and fees due to the Government of Belize.’ 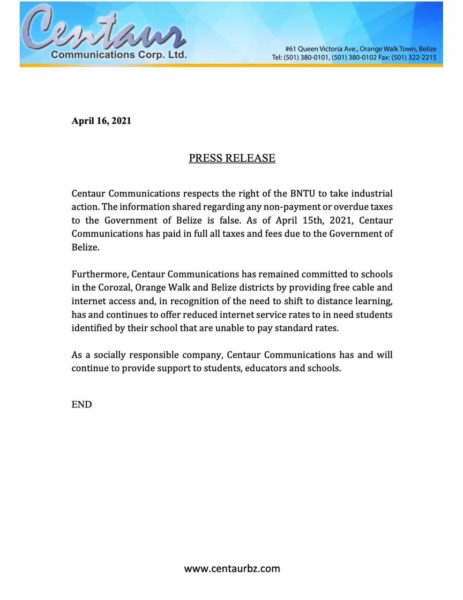 The company added that it has remained committed to schools in the Corozal, Orange Walk and Belize Districts by providing free cable and internet access. This is in recognition of the need to shift to distance learning. Centaur said they continue to offer reduced internet service rates to students in need, identified by their school who are unable to pay standard rates. The company ended by pledging their continued support to educators and students.

Prime Minister Honourable John Briceño has gone on record saying that a pay cut is needed to balance the fiscal year 2021-2022. The proposal calls for a 10% reduction in salaries for teachers and public officers. This proposal has been rejected by all unions- BNTU, Association of Public Service Senior Managers, and the Public Service Union. As a result, unions have served the government with a notice of intent to engage in industrial action for 21 days before a potential escalation in demonstrations.