A report of the International Music and Food Festival held in San Pedro Town, Ambergris Caye, on July 30th and 31st was issued by the Belize Tourism Board (BTB). The first-ever festival featured Belizean and international entertainers along with international cuisine attracting thousands of travelers to the island. The festival saw its share of criticism, and its performance was questioned due to the number of funds invested. The BTB, however, reported on Wednesday, August 24th, that even though the event budget was exceeded by over $100,000, it still yielded a profit of a little over $51,000. 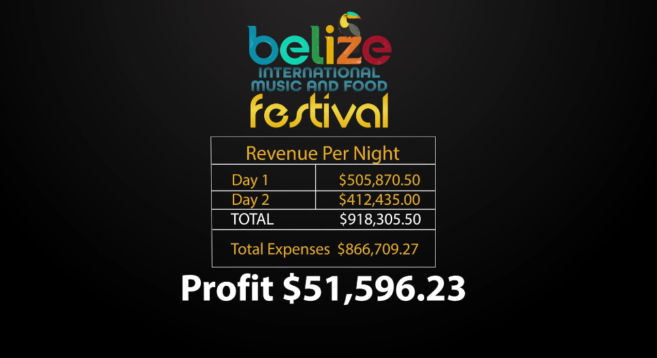 According to the report by BTB, the festival had an initial budget of $750,000, but for unexplained reasons, this amount was exceeded. The profit BTB reports are $51,596.23 and say close to 9,000 persons attended the two-day music and food festival. The Ministry of Tourism declared the festival a success stating it brought much-needed business to the island at a time of the year considered the slow tourism season. Prime Minister Honourable Dr. John Briceño commented earlier this month that the festival had positively delivered to San Pedro. According to him, the goal was to attract business to San Pedro. 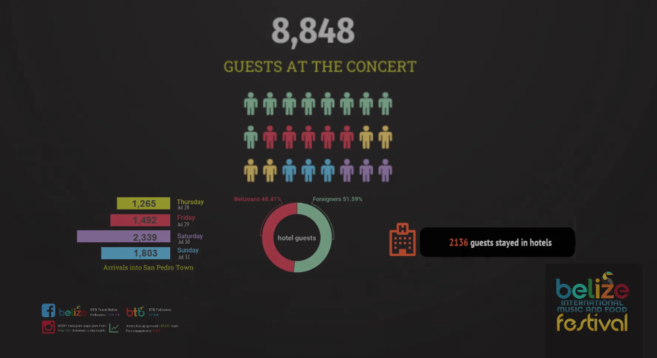 Did the festival help San Pedro’s local economy?
The increase in the flow of visitors to the island was notable, with hundreds of people traveling to the concert. Although some tourists were observed attending the anticipated event, most were Belizeans from other parts of the country. Hotels, restaurants, and cart rentals on the island reported increased revenues because of the festival. 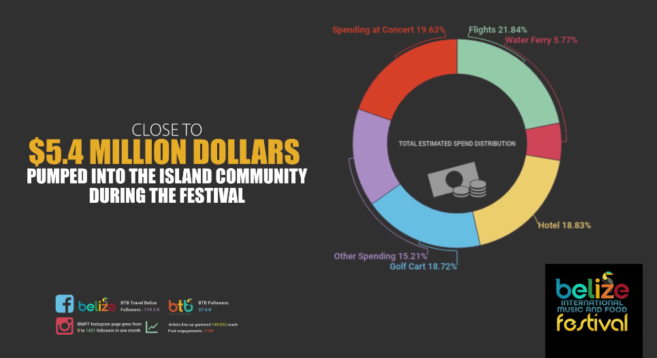 Businesses like the local airlines, Maya Island Air, and Tropic Air said they were surprised by the spike in business. Tropic Air said they had to add additional flights for that weekend. Water Taxi companies like San Pedro Belize Express said they were also very busy with a surge in travelers from Belize City to San Pedro. Restaurants like Elvi’s Kitchen, among others, also benefitted from the event. Several hotels and
golf cart rentals reported they were booked throughout that weekend of festivities. 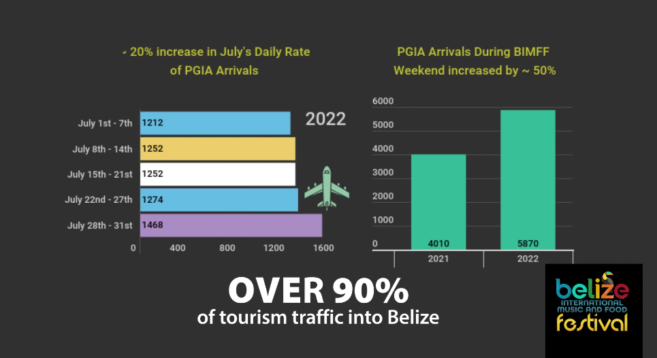 What’s next?
To continue the momentum, BTB said it would use the profits to create what it will be called an Orange Economy Fund. This aims to bring together Belizean artists. Investments will also be made to create three music studios in Belize City, Dangriga Town, and Orange Walk Town. These music studios will provide artists with the opportunity to enhance their craft. Additionally, an international consulting firm has been contracted to examine and prepare a strategy to develop and merge Belizean music with tourism.
Belizean artists such as Brithney Starr, TR Shine, Denise Castillo, and Stig Da Artist said it was a great experience and enhanced their performances and career in the entertainment business. Other Belizean performers included Supa G, Flaco Leslie, Yas Thalia, J Cas, Dajah, King Rome, Don Doe, Den Z, Papa John, TLC Band, and Centa Stayge Sessions.

Island Masqueraders gear up for Carnival 2011