With the San Pedro Sunset Boardwalk Project near completion, the Saca Chispas Field finally saw some football action with the first ever San Pedro Sports Committee Football Tournament. The tournament kicked off on Saturday, February 8th and continued on Sunday, February 9th. Football players and fans were happy to be back to the original field, which was closed for over 18 months. 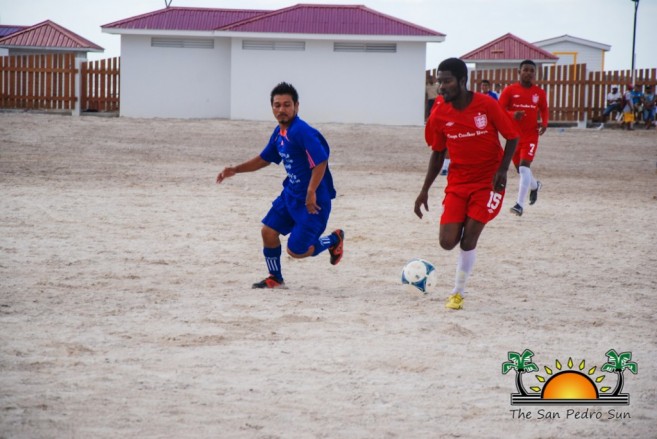 Saturday saw two games played in the evening. Dorados and CostaBlu faced off in the first match of the tournament. Eager to make a statement on the new field, both teams gave their all and the match ended in a 1-1 draw. The second game was between Joker FC and Victoria House. The well-seasoned Joker FC was prepared for a battle and secured themselves an easy 6-1 win.

Not even a few scattered showers could prevent the four games scheduled for Sunday, as all eight teams were ready for a good game on the field. In the first match,FC United defeated Caribbean Depot in a 5-3 game. In the second game, Caye Caulker faced off Legends of San Pedro Town, and after a long grueling match both teams proved their defense and ended in 0-0 tie. In the third match of the day, the Veterans succumbed to Southwind in a 2-0 game, while the final game was pitted Island Pure against the Warriors. The final game was entertaining, and an easy win for Island Pure who took the victory with a 5-2 score. 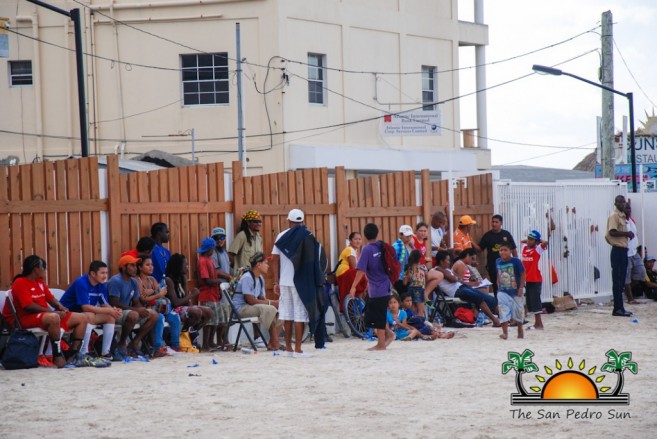 Games will continue on Saturday, February 15th starting at 7PM and scheduled matches include: The Legends vs. the Warriors and FC United vs. San Juan. Four games will be played on Sunday, February 16th starting at 1PM. Matches are scheduled for Island Pure vs. Caye Caulker, Veterans vs. Costa Blu, Joker FC vs. Communicaciones, and Caribbean Deport vs. Southwind.

The San Pedro Sports Committee invites everyone to come out and support your favorite team.