In volume 25 Issue 19 of The San Pedro Sun (“SPTC addresses ways to tackle garbage issues”), the SPTC detailed a number of ways in how they were handling the garbage issues on the island. Deputy Mayor, Gary Greif highlighted the progress in the main areas of concern, along with a system to minimize garbage all over. Greif also spoke of the long – awaited garbage transfer station. Once it becomes operational, the island’s garbage will be taken to the mainland for proper disposal instead of burning at the dumpsite. 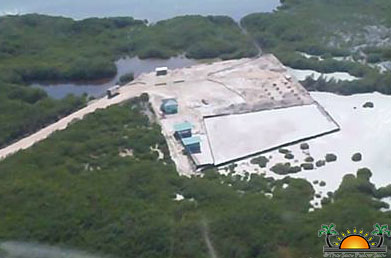 The project was initiated by the national Solid Waste Management Project (SWMP), nearly two years ago. On Wednesday, May 27th, during an interview with The San Pedro Sun, Mayor Daniel Guerrero revealed when the transfer station will soon be operational. “The Garbage Transfer Station is around 90% complete and I am giving it two months before it is ready. This development will lead to the elimination of the present dump which will be covered with three feet of white sand,” Said Guerrero. The Mayor indicated that the transfer station will alleviate issues associated with the dump currently located at the south part of the island. The smoke from the burning trash has been an issue with resorts and residents in that area, especially when there are northern winds. Moreover, the Mayor stated that the town council is coming up with more efforts to alleviate the situation.
Presently the SPTC counts with two trash compactors, four dump trucks, and two regular trucks. There will be the addition of two new pickups to clean the new road up north where the pavement reaches Blue Reef Resort. The SPTC intends on beautifying the sides of the road both north and south. The new vehicles will take care of all the garbage during the day from all the parks and all of the drums on the street. “We just purchased five hundred drums and we will place them maybe fifty feet from each other, so there will be enough garbage drums on the island,” Guerrero stated. “We are also adding around eight new people to the sanitation staff. Then we are also visiting the pre-schools, the primary schools, high school and the junior college to try and educate students on the garbage situation. We want to create video clips for the younger students, from Primary and High Schools that will be shown at the Paradise Theatre from time to time,” said Guerrero. These educational clips will also be featured on the local TV station, radio, and major media houses of the island, and of course through respective social media channels. In the upcoming weeks, Mayor Guerrero is meeting with the business community to share and discuss ideas how to best address issues that affect La Isla Bonita.
The SPTC is also attempting to acquire another trash compactor and a special machine to deal with the sargasso. By adding mechanical help, the personnel currently tasked to keep the beach clean can work elsewhere on the island. Mayor Guerrero encourages the public work together and to do their part when it comes to proper garbage disposal.

More on Community and Society
La Factoria and Josseph arrive in San Pedro
Who Dat??