The San Pedro Cancer Society (SPCS) held their annual general meeting on Thursday, January 14th, and during this meeting, a new board of directors was elected. The organization’s new board members are Gonzalo Muñoz, President, Miguel Perez, Vice-President, Roceli Muñoz, Secretary and Pamela Zetina as the Treasurer. The new board members have pledged to make 2016 another successful year.
Former president Miguel Perez served three terms as head of the organization, and was kind enough to share with The Sun accomplishments and experiences he had as president. “There is a lot to recall in the last three years. We managed to help out a lot of patients and we served as a support group that guided them through their entire ordeal. We have been a real helpful source where patients can come and find guidance as to where to go and what to expect,” said Perez. He indicated that when the organization is able, they also help in coordinating fundraising events and also provide financial assistance whenever they can. “We lost some patients but we did get some into remission as well. Cancer is so scary that we rarely celebrate our victories or focus on our losses,” added Perez. 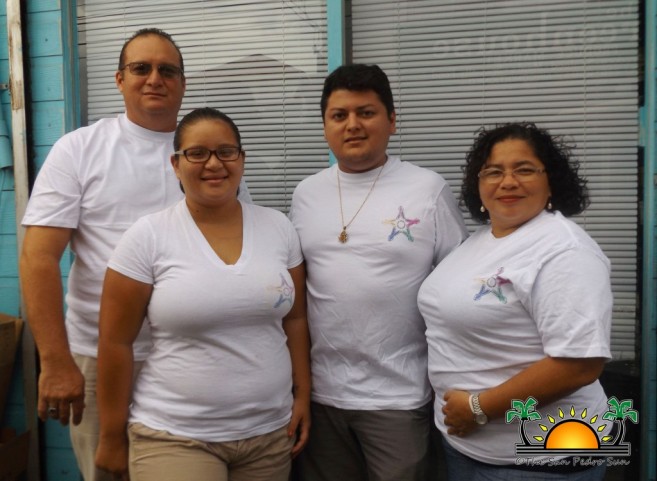 Newly installed Board of Directors

According to Perez, the most common type of cancer the SPCS had been dealing with is breast cancer in women. For this reason, all women are encouraged to get their breast exams at least once a year to be on the safe side. The exams are done every Monday at the Dr. Otto Rodriguez Polyclinic II, with the flexibility to be done any other day of the week in case of an emergency.
Even though Perez is no longer head of the SPCS, he stated that he will continue to be involved in the organization. “I just thought that it was time for someone else to get an opportunity to lead and bring something new to the group. I remain as a chairman of the board while I plan to dedicate some more time to my local Masonic Lodge which was founded in May 2015. That is where my inspiration to work with charities began,” ended Perez.
Perez through a message on his social media account expressed how incredible his three years as president were in the Cancer Society. He admitted that it was no easy task. Not even when there is rejoicing after a successful story, because a little part dies with you when someone loses the battle against cancer. Perez walks away from the reins of the organization satisfied with the great experiences that he will treasure forever. He also reminds everyone out there that they should not despair. ‘CANCER IS BEATABLE’, he wrote, affirming that he has experienced those victories, and that by coming together, more success stories can be accomplished.
Gonzalo Muñoz, the newly elected president, has come on board with tremendous energy and he looks forward for another good year with the help of the community. “I am very excited, this is my second time as president, and even though we are a small body that always keep rotating, I believe I can accomplish a lot during this year compared to the past years. One of my goals is to increase membership and have active members in the group that would assist in fundraising and awareness events and also assist patients,” said Muñoz.
He took the opportunity to invite everyone to join the World Cancer Walk Awareness set to take place on Thursday, February 4th starting from the Central Park. Participants will then parade along the Barrier Reef Drive, circle the roundabout at the San Juan Monument and then head back down through Pescador Drive culminating at the Central Park. A briefing will follow by a minute of silence in memory of those no longer with us and in honour of those still battling the disease.
The new members of the board look forward in continuing to work together with the community, providing their assistance to all those in the battle against cancer.