In an effort to strengthen its association, provide members with important updates, and discuss future projects, the San Pedro Tour Guide Association (SPTGA) held a general meeting on Tuesday, May 30th.
SPTGA President Billy Leslie welcomed more than 50 guides at the San Pedro Lions Den, stating that general meetings are imperative for members to engage in. Before a presentation from Oceana in Belize, Leslie explained that the SPTGA has now partnered with Oceana to ensure that jobs, livelihoods, and Belize’s future can be kept in a pristine condition.

Janelle Chanona, Vice-President of Oceana in Belize, delivered unfortunate news to start the night. She stated that an oil prospector company, who has previously been to Belize, has recently filed for an offshore oil license. She said that if the license is granted, it will give them access to two of Belize’s protected areas.

Chanona explained the negative impact an approved offshore oil license can have. “This tells me that the minute one license is given out, others can be issued out, which means we’re back in business. This also reminds us that we have to be vigilant on this matter. Together, we have to figure out what this next phase will bring, since we know things are hard at the national level. Our economic scenario doesn’t look good, so anything that has the promise of lucrative benefits are going to be considered. We must act against it,” said Chanona.

As the SPTGA also partners with the Hol Chan Marine Reserve, Miguel Alamilla, Manager at Hol Chan, gave a few brief updates. In hopes to alleviate vessel congestion, Alamilla shared that six anchors have been recently placed at the Mexico Rock’s recreational area. To ensure safety and regulate crime, Alamilla stated that Hol Chan is seeking to increase its enforcement by having more rangers patrol the Reserve, especially during night hours. Hol Chan will be also be introducing a project entitled ‘Alternative Livelihood Program’, which will transition regular fishermen into tour guides.
Leslie followed up with an explanation of the renewal process of tour guide licenses. Although tour guides have until July 31, 2017 to renew their license, he encouraged them to not wait until the appointed time to fill out their application. He also explained that this year, the Belize Tourism Board (BTB) has applied new standards, and is now requiring all guides to have a valid police record and provide both a copy of their social security card and first-aid certificate certified by a Justice of the Peace. 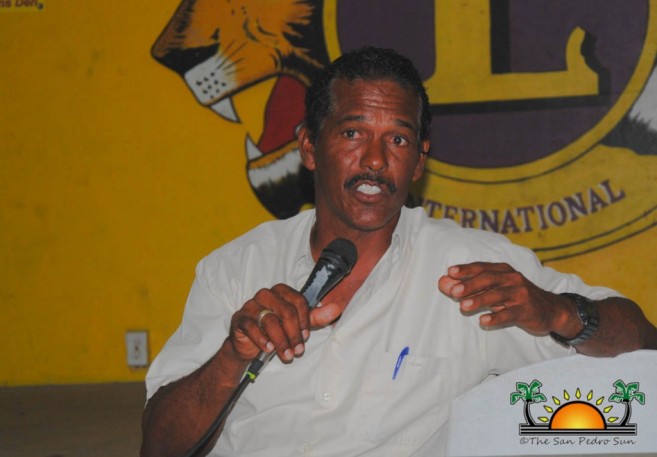 Leslie hopes that the SPTGA can implement these minimum standards, and that all guides can work together as a team. He also mentioned that the association is recognized by many entities, and holds several seats, including at the BTB, Hol Chan, and the National Emergency Management Organization. He shared that SPTGA will be utilizing a $100,000 grant to manage fish stress, and replenish fish stocks in overfished areas. SPTGA is also trying to get more advanced with technology, and announced that they will be taking advantage of a two-day training course in Global Positioning System (GPS) and Navigation. 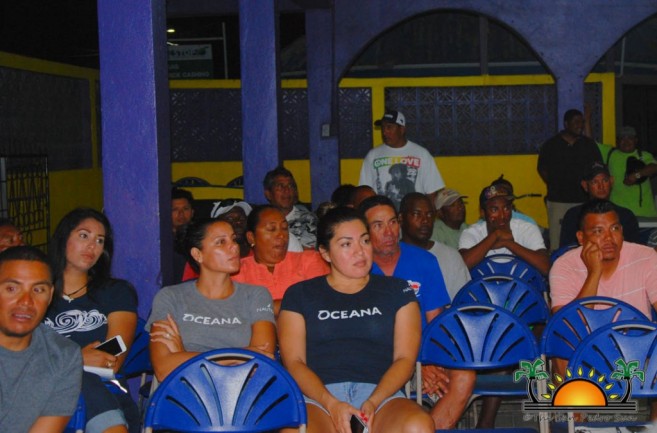 After the meeting ended, Leslie opened the floor with a ‘questions and answers’ segment. All questions asked regarding fishing zones, tour guide license requirements, illegal practices, and concerns were addressed by Leslie, Chanona, Alamilla, and Everette Anderson.
Leslie thanked all of the tour guides for their presence, and reminded the gathering that SPTGA elections are coming up in November. If you need help with your tour guide renewal process, SPTGA is also offering help. A license application can be attained at the Belize Tourism Board on Barrier Reef Drive. For more information, comments, concerns, or suggestions, please call Billy Leslie at 610-3507.