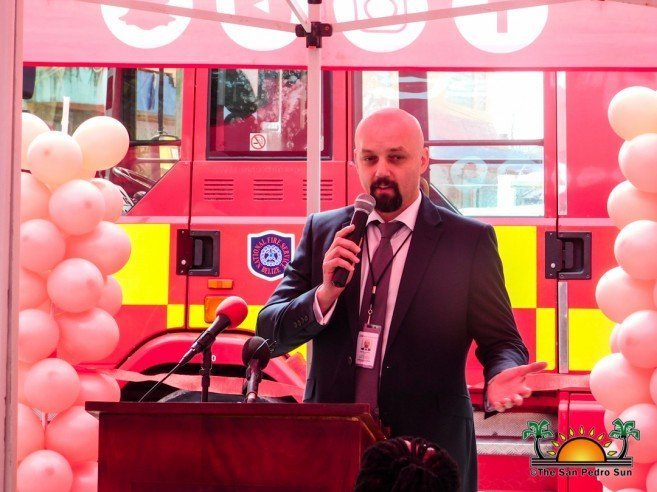 The ceremony began shortly after 11AM, with the singing of the National Anthem. Mistress of Ceremonies Ellen Borland welcomed everyone and then had Digi Belize CEO Schreiber deliver his opening address. “This is just a small expression of gratitude from Digi Belize. We have been working in San Pedro Town for many years, it is the first municipality where we installed our new fast-speed fiber network internet service-Diginet, so we wanted to help the community in some way,” he said. 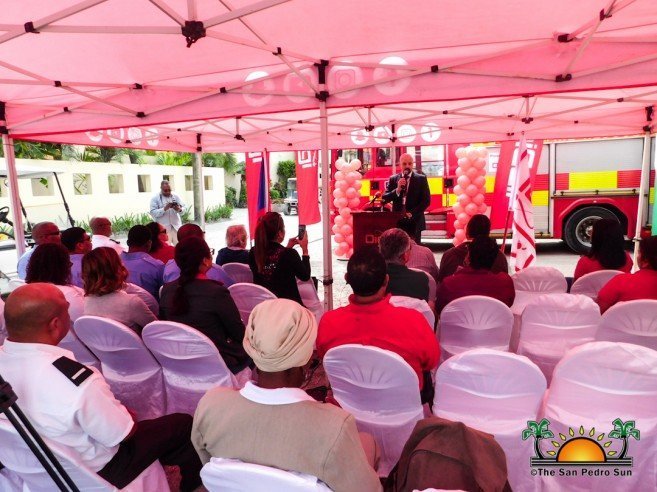 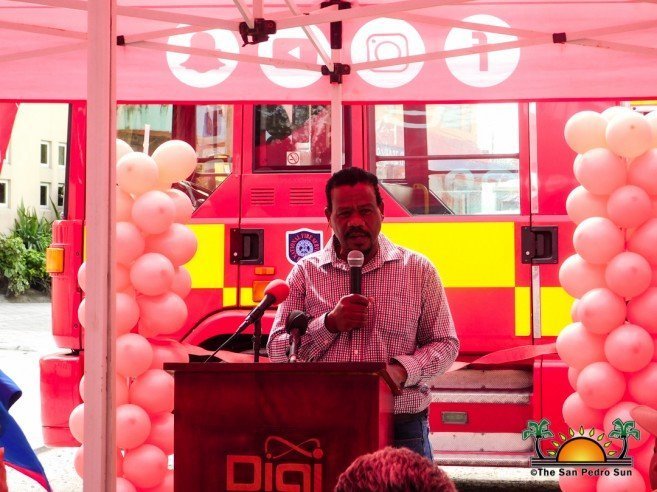 Minister Castro then took to the podium and expressed his gratitude to the Digi Belize team. “We are always grateful when we get assistance in one of our departments, so we thank Digi Belize for donating this fire truck to the community of San Pedro Town. Hopefully, with this truck, we will be able to reduce the destruction of fires on the island,” he said. Digi Belize Chairman Vasquez also shared a few words stating that they will continue to help Belize in any way they can. 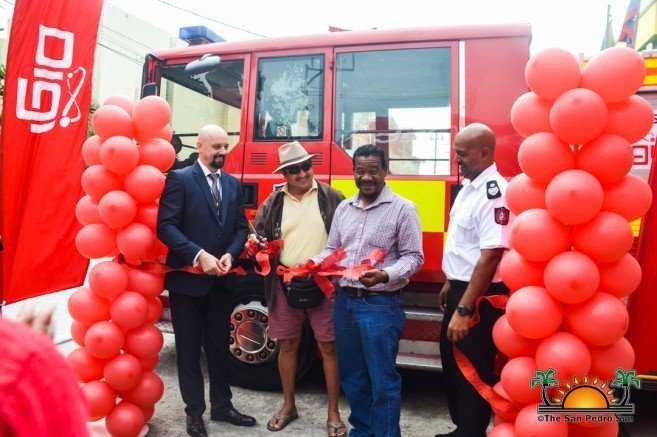 The ribbon cutting ceremony followed with Schreiber officially handing over the fire truck keys to the San Pedro Fire Department. 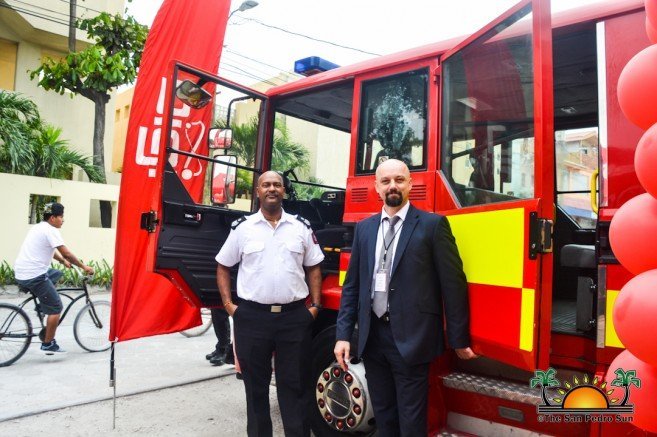 Mayor Guerrero delivered closing remarks. “After the fire incident in the Escalante sub-division, that claimed the life of four-beloved islanders, the CEO of Digi Belize contacted me, and we started to work on getting this fire truck. Sometimes the central government is unable to fill some gaps in the country in a timely manner, but we always have corporations within the community that want to help,” he said. Guerrero further stated they are already working in getting another fire truck, as well as equipment for firefighters to be better prepared for these emergencies. 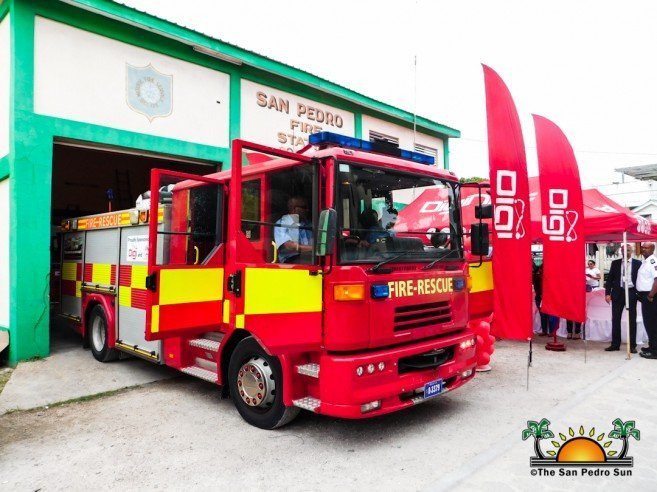 Fire incidents have long been an issue on Ambergris Caye. On June 12, 2018, a fire destroyed two houses in the Escalante sub-division, claiming the lives of four members of the Bacab and Nuñez family. The unprecedented tragedy started in a two-story building where 30-year-old Clara Bacab Nuñez and her son 14-year-old Allan Nuñez, daughter 6-year-old Mia Nuñez and niece 16-year-old Lidia Chelin Catzim Bacab were trapped in the inferno, while her husband David Nuñez and older son 16-year-old Samir Nuñez escaped with injuries. A tenant living on the ground floor, Tracy Cruz, managed to escape with her two young children through the bathroom window.

On August 4th, a massive fire in Boca del Rio left many island residents homeless. Fortunately, everyone survived the blaze, but ten homes were destroyed during the fire that raged for more than three hours before it could be contained. Even though water surrounds the area, the fire department was unable to prevent the inferno from destroying everything in its path.
The donation of this fire truck by Digi Belize is expected to boost the level of response from the island fire personnel and ultimately save lives and property.