On Wednesday, May 15th, the San Pedro Tour Operators Association (SPTOA) held their General Meeting at the Sunbreeze Hotel in San Pedro Town to discuss projects and various issues affecting their business. The meeting was also attended by members of the Belize Tourism Board (BTB), who addressed issues brought up by members of the SPTOA. Most topics brought up focused on law enforcement, prosecution of violators, licensing and assistance on local destination projects. 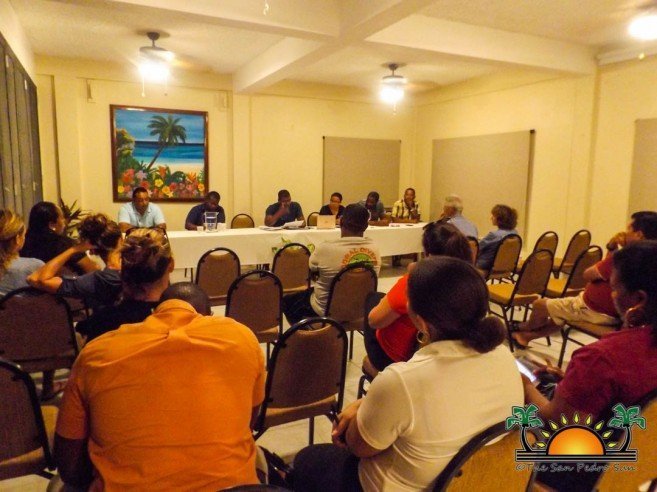 SPTOA Chairman Everette Anderson opened the meeting with the Treasurer’s report. Each member was provided with a copy of the report, with a breakdown of the organization’s finances. The report detailed expenses, membership fees, and donations, which continues to keep the organization moving forward with educational projects. Some of these projects include the Kids in Action Summer Diving Camp slated for July of this year. Anderson explained that this program certifies children and public workers in open water diving to bring awareness of the marine environment around the island. He also highlighted the involvement of the Diver Alert Network that continues to support the program and is once again providing insurance to all participants of this year’s camp. 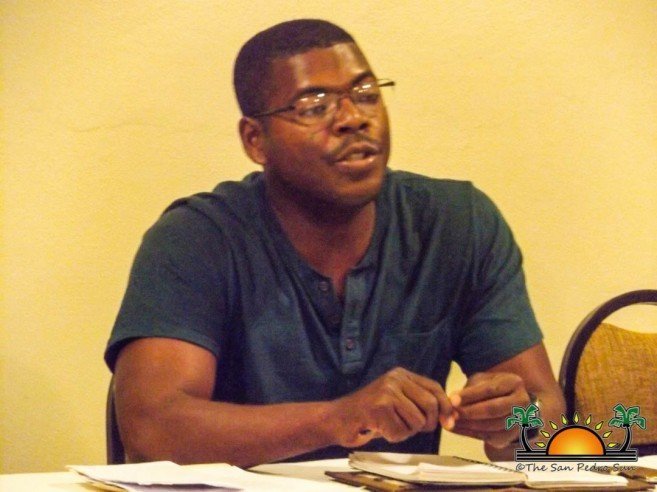 Also presented was the Coral Reef Nursery project currently taking place in front of the island. Anderson stated that the initiative is yielding good results with the help of a team of scientists and marine biologists. The corals at the nursery are healthy, growing fast, and that they will start to look at sites near the barrier reef where these new corals can be transferred. He took the opportunity to invite more members and stakeholders to join in this venture to restore the damaged reef and repopulate areas where there were once live corals.
The second part of the meeting saw the BTB team taking the head table to address issues the tour operators are experiencing. Leading the team was BTB’s Director of Cruise and Destination Planning, Noriko Gamero, Legal Counsel Carlon Mendoza and licensing officers Shari Bowen, and Jacqui Santos Locke. The main issue discussed was tour operators operating without a valid license and the lack of enforcement. SPTOA members gave examples of the violations and informed the BTB group that they can provide names. Mendoza stated that he has not received any list of unlicensed tour operators from Ambergris Caye, but that as soon as he receives those, he will work on it. He explained that once a business is found without a license, they are served with a Cease and Desist order, and are given between seven to 14 days to apply for a license. Failure to do so means the business is closed down via a court order.
A few members of the audience also expressed their discontent with the licensing process, claiming it is often delayed. Bowen indicated that once all required documentation is handed in at the time of the renewal, the process should be swift. If the applicant does not have all the pertaining documents or the renewal application is submitted after the deadline, the licensing will take a bit longer to be issued. Tour operators were reminded that their license with the BTB expires at the end of every year, and they can start their renewal as early as mid-November of each year so they can obtain their new licenses by January. Tour Operators were also cautioned against hiring unlicensed tour guides. 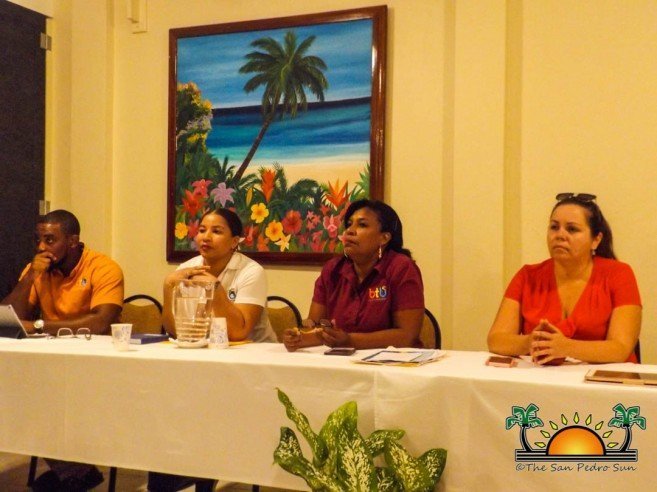 In discussing the possibility of mishaps, the SPTOA suggested that the BTB support a manifest policy. Gamero welcomed the idea and said they were going to discuss the proposition with their Board. The idea is to make sure that when a tour operator picks up a group of clients from a location, he is given a list with the names of the persons. This list will also be available to rangers at the different tour sites, discouraging service providers from putting additional persons on the manifest.
Gamero reminded tour operators that all these issues can be solved if there is teamwork, especially with the issue of unlicensed tour operators or tour guides. The BTB team asked them to report anyone doing business unlawfully and not to hire unlicensed tour guides. Furthermore, Gamero commended the SPTOA for their commitment for a better tourism industry and indicated that they would investigate how they can help in potential destination projects and programs that the association has planned for the island. As it is, assistance for the current programs headed by the SPTOA is expected to be discussed at the board level of the BTB. Gamero cautioned that they had received many proposals and they need to look at all of them before deciding which to support.
Anderson thanked the BTB group for attending their general meeting and all the members of the SPTOA as well. He reminded them that they need to continue working together to achieve all their goals for the sake of a better tourism product. Anderson also noted the importance to increase the membership of the association and encouraged members to invite other stakeholders to join them. For more information on the SPTOA or how to become a member, call Anderson at 600-4856 or visit their website at www.sanpedrotouroperators.com.