Yoga aficionados on Ambergris Caye celebrated the fifth annual International Day of Yoga at the Akbol Yoga Retreat and Eco Resort north of San Pedro Town on Sunday, June 23rd. A total of 25 persons participated in the event, representing most of the yoga studios on the island. The session took place simultaneously across Belize, following a schedule in the same order as it is set by the Indian panel in Asia. 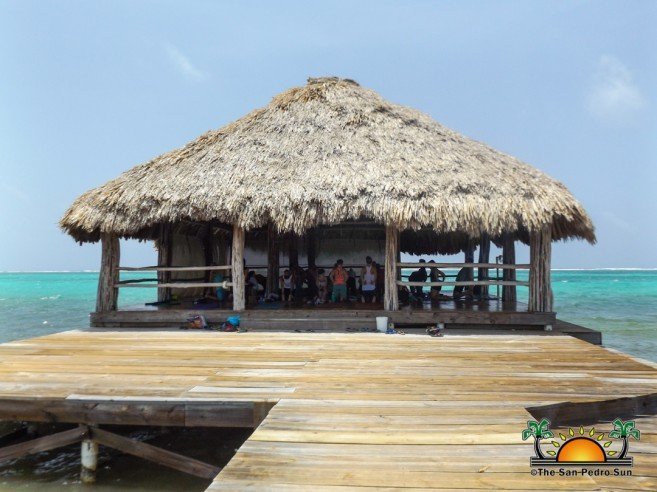 Kristen Migilio of Ak’bol was delighted to host the international event which started at 10:30AM on the resort’s dock. Led by Diana Snyder, the yoga class was deemed very successful, seeing the participation of island residents and tourists alike. Shaded by the palapa, with the magnificent Caribbean Sea around them, enthusiasts enjoyed the unity of mind and body, experiencing the harmony between man/woman and nature. 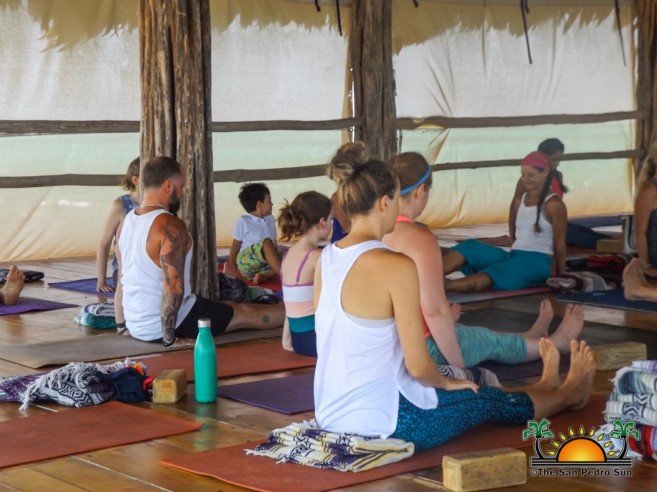 After the class, participants enjoyed chai tea along with a brief discussion on Yoga Sutra. Organizers thank everyone who participated, including the contributors that made the event possible. A big thank you goes out to Ak’bol for hosting the event, Michelle White, ATM Carts, Coconut Carts Belize, and Ramon’s Village Carts. Recognition also goes out to Gecko Graphics.
Yoga is a practice originating from India, in South Asia, and was introduced to the western hemisphere in the late 19th and early 20th century. Yoga is a series of exercises that combines physical, mental, and spiritual practice, and is believed to be a holistic approach to health and well-being. The word ‘Yoga’ means to join or unite, and today, it is practiced in various forms around the world and continues to grow as a sport and lifestyle.