Two different organizations on Ambergris Caye were the recipients of donations to improve their services and continue to work closely with the island’s vulnerable youth. 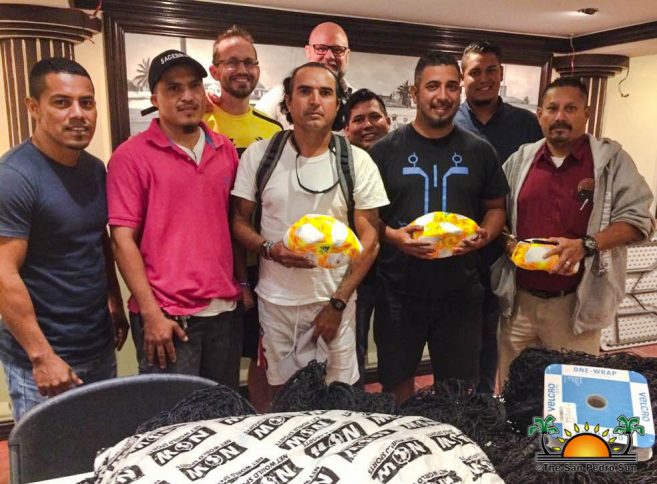 On Tuesday, January 21st the San Pedro Sports Committee received several footballs and nets among other sporting gear. This donation was made possible through the Sagebrush Church and Trailhead International. Brian Weed, Trailhead International’s Director for Latin America, stated that they also work with an organization in Nicaragua called Advanced Sports International, through which they host youth outreach to get young people off the streets and become productive citizens. Weed believes that through sports they can shape up a positive generation for the benefit of Ambergris Caye and the country. His organization currently works in Panama, Costa Rica, Honduras, Cuba and in addition to now working with Belizeans, they will soon start operating projects in the United States of America. 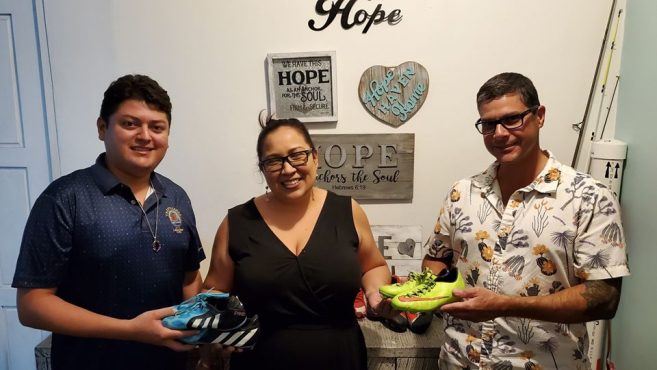 A day later, on Wednesday, January 22nd, the island’s children’s home, Hope Haven received a donation from the Ambergris Caye Masonic Lodge. The shelter received 27 pairs of football shoes for the children staying at Hope Haven. The donation was facilitated by the kind gesture of Nick Parker from the Sequoia Football Club in the United States of America. Accepting the donation on behalf of Hope Haven, was Kristina Romero.
Hope Haven thanks Miguel Alberto Perez and everyone at the Ambergris Caye Masonic Lodge for their abundant generosity.