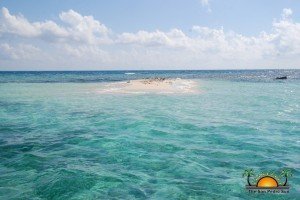 In 2019, Belize joined nine other countries in supporting the United Kingdom-led initiative “30by30” aimed at safeguarding the world’s ocean and protecting its precious wildlife.

The 30by30 initiative is a call to action for at least a 30% target of the global ocean to be under protected status as marine protected areas by the year 2030. This call was first made by the Government of the United Kingdom at the United Nations General Assembly last year, at which Belize was represented by the Minister of Foreign Affairs, Honourable Wilfred Elrington.

Belize currently has approximately over 20% of its marine territory under some form of protected status, which includes marine reserves and spawning aggregation sites. This is far above the current global designation which is at less than 10%. Therefore, Belize is well on its way to meeting this target.

Belize’s Minister of Environment, Honourable Omar Figueroa considers this to be:
“A huge step in the right direction to conserve Belize’s marine resources, including biodiversity that support livelihoods and our precious natural ecosystems that protect Belizeans from the impacts of natural disasters and climate change. Belize has taken a leading approach in safeguarding our natural assets, especially with the passage of the Pollution from Plastic Regulations, which aims to address the impacts of plastic pollution both on land and in the sea.
In addition, Belize is currently working on enacting the draft Marine Pollution Bill, which will also aim to tackle sources of marine pollution and is much-needed under the current human pressures the world is experiencing.”

British High Commissioner to Belize, H.E. Claire Evans OBE said:
“The United Kingdom are delighted that Belize continues to take a strong leadership role in the protection and conservation of the world’s ecosystem through its various initiatives, including its commitment to 30by30. 2020 is a year of vital importance for ocean conservation and will be a key component of the United Nations Climate Change Conference (COP 26) being hosted by the UK in Glasgow in November, where the UK and Belize will join other countries in discussing and agreeing the ambitions and actions required to deliver the necessary changes to tackle climate change.”

As the UK and other countries continue to seek support for the 30by30 Initiative, various publications and awareness materials will be launched. One of them can be viewed at: https://showcase.dropbox.com/s/30by30-VOjUtEr0tReqkl8pldgOZ.

The Government of Belize thanks the UK Government for making this call to action and confirms its continued support for the 30by30 Initiative.

On the Wild Side: Island Wildlife Reports