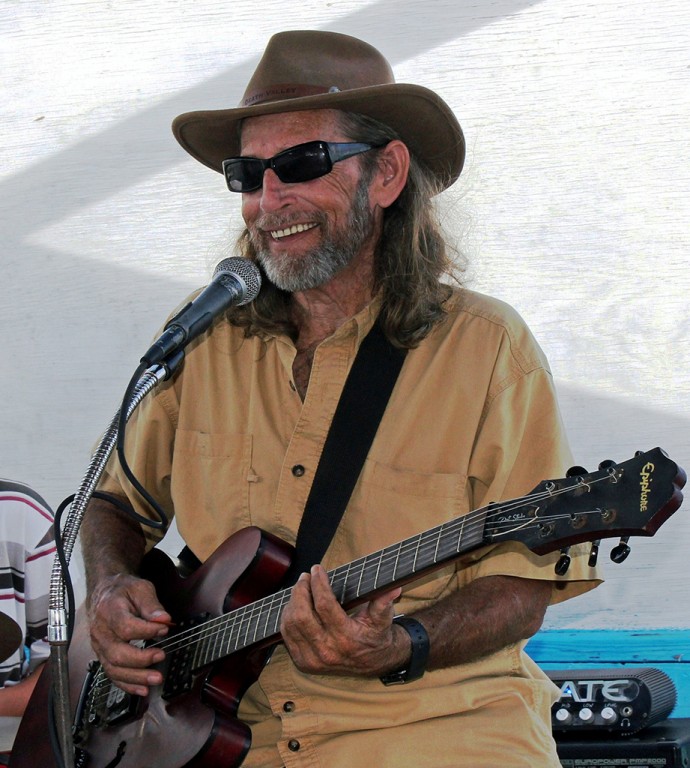 The San Pedro Sun is heartbroken to report that long-time resident, island icon musician, and our beloved “Wolfe’s Woofers” contributor Dennis Wolfe has passed away. According to his family, he peacefully passed away in his sleep this morning, November 24th. Dennis, 75, died in Chetumal, Mexico, where he lived the last few years with his wife, Sherry.

For years Wolfe was a beach bar musical mainstay, entertaining crowds with his cool guitar sound, sharp wit, and cagey humor while crooning solo classics or rocking the audience with other island musicians like the infamous Drummer Dan. Often while mentoring a very young Derick Baños and his own son Dennisito who are both popular island musicians now. His original songs delighted tourists and locals alike, with Gringo in Belize becoming an island classic that Jerry Jeff Walker recorded on his Cowboy Boots and Bathing Suits album.

His “Wolfe’s Woofers” joke column has entertained readers of the San Pedro Sun since the first year of its publication in 1991, and the popular column ran weekly until the printed version of the paper ended in March 2020. In an “Our Community” interview with The Sun in December 1999, Wolfe explained his penchant for storytelling and jokes. “My mother had a funny story to illustrate any situation,” Dennis says. “Her uncle was a consistent winner of Liar’s Contests in South Georgia around the Okeefeenokee Swamp area. I guess you could say that lying and storytelling are part of my heritage. Put those two together, and you have the Woofers column.” He published his first Wolfe Woofers book in 1994. 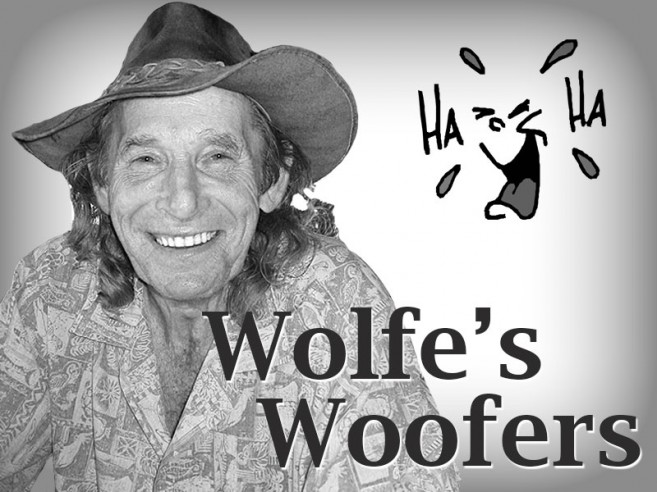 “The news of Dennis’s passing deeply saddens us,” reflected San Pedro Sun editor Tamara Sniffin. “Wolfe would insert well-known islanders into his humorous stories, making them even funnier, and if you ended up being the brunt of the joke, you always felt a bit flattered to be in on it. And, of course, to be an honorary member of his The Nosenada Social Club was the best!  As our island icons pass away, it’s hard not to reflect on those good ole’ days of careless beach fun at BC’s Bar or dancing the night away at Fido’s with the best of the best on the island. How fortunate we are to have those memories.”

Dennis is survived by four children, Nikki, Michelle, Melody, and Dennis. May he rest in peace. The island will never forget this very special “Gringo in Belize.”