November 30th marks the closing of the 2021 Atlantic Basin Hurricane Season. Although it was forecasted to be active, Belize was not significantly affected by any of the systems that formed during the season. The nearest landfall to the country was Hurricane Grace near Tulum, Mexico, in August as a category one hurricane. 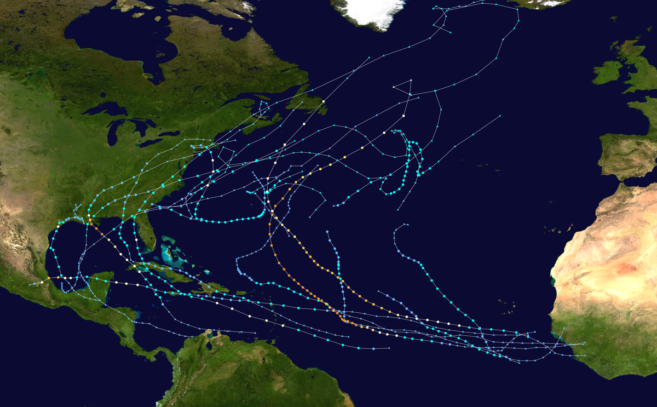 The season officially runs from June 1st to November 30th each year and covers tropical cyclone activity spanning the North Atlantic Ocean, the Caribbean Sea, and the Gulf of Mexico. The initial forecast for this year’s season predicted 13 to 20 named storms, and of those, six to 10 were expected to become hurricanes, and three to five were expected to become major hurricanes- category three or even stronger.
However, the 2021 season turned out to be less active compared to 2020 as it pertains to the number of named storms. According to the National Meteorological Service, a total of 21 named storms formed, but as it relates to the total number of hurricanes, the season could be considered a normal one with only seven hurricanes forming compared to the 13 in 2020. Four of those hurricanes became major hurricanes. In 2020, there were six major storms.
The season was very active in the first four months, but the last two months were inactive with only one system forming in October and none in November. This is only the third season on record in which all the 21 pre-approved names from the list were exhausted. Additionally, this is the first time on record that this has occurred in two consecutive years (2020 and 2021). The list of storms for this season can be seen below: 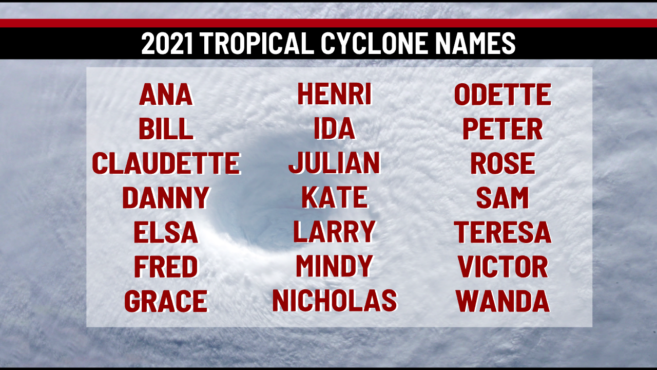 Above Normal Season
The National Meteorological Service explained that the above normal 2021 hurricane season included the absence of the phenomenon called ‘El Niño.’ El Niño is a climate pattern describing the unusual warming of surface waters and has an impact on ocean temperatures. This fuels hurricanes and other similar storms. The other factor was warmer than average sea surface temperatures during the peak of the season, thus, favoring the development of storms at the beginning of the season.
Although this marks the end of this year’s season, the National Meteorological Service and the National Emergency Management Organization- NEMO encourage everyone to start planning their key emergency preparedness activities for the 2022 season.