The fourteenth annual Border Commanders Meeting between the militaries of Belize and Mexico concluded on June 10, 2022 after three days of strategic level discussions and operational planning.

The aim of the meeting was to create a framework for addressing the security challenges faced by both countries in the border regions. Ranking high on the list of challenges is the issue of narco-trafficking that continues to plague both countries in the different domains. The importance of having all branches of the military on both sides of the border was therefore paramount to the success of the meeting. 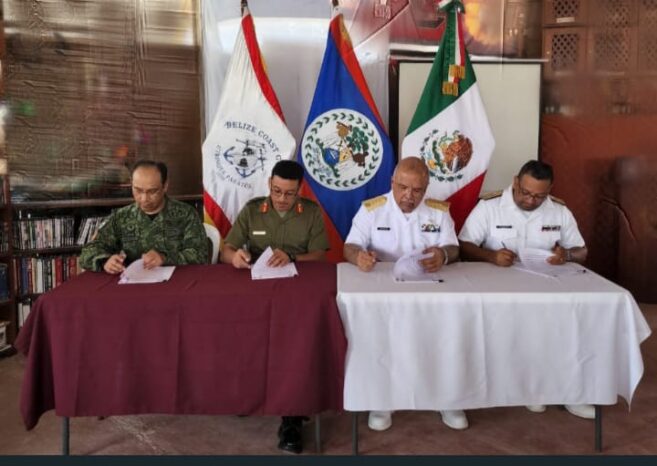 Hon. Oscar Mira, Minister of State in the Ministry of National Defence and Border Security, urged the group to consider security beyond the traditional definitions of transnational and organized crime, and broaden the scope of security to encompass those non-traditional areas where the military can support different sectors such as tourism, trade, agriculture and education. This requires an increase in military-diplomatic effort to become more involved with other sectors of government.

The meeting was considered a success as delegations were able to agree on the extent of intelligence development and information sharing, and the conduct of operations which includes access to national airspace and sea spaces for the effective conduct of cross-border operations.