Island students learn about the MOU for cultural protection and preservation


A small delegation from the Public Affairs section of the United States Embassy in Belize and personnel from the Institute of Archeology, met with students from the San Pedro Junior College on Wednesday, February 21st, to host a presentation on the upcoming renewal of the Memorandum of Understanding (MOU) between both countries addressing cultural protection and preservation. Hosting the presentation was Dr. Andrew Cohen, Senior Cultural Property Analyst, from the Bureau of Educational and Cultural Affairs at the U.S Department of State. He discussed the key points of the MOU, which aims to continue combating the looting of Belize’s archaeological sites and create awareness for the preservation of the country’s historical heritage for future generations. 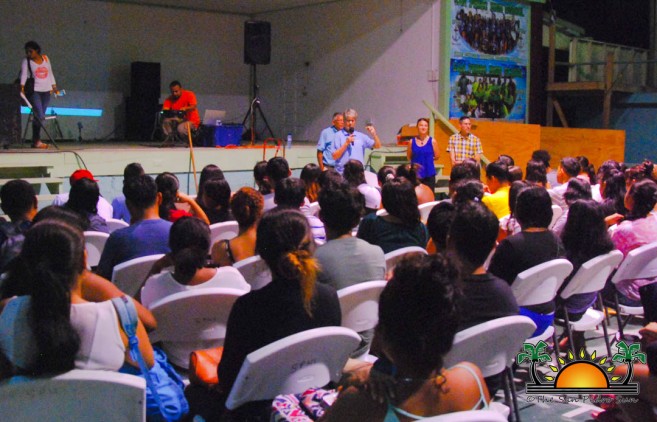 The group of officials was hosted by Founder/Chairman of the Board for the Marco Gonzalez Maya Site Janet Brown, which is located south of San Pedro Town. Prior to their presentation, the delegation had the opportunity to visit the site where a Maya trading post once thrived.
Later that day, around 8:30PM a large group of students gathered at the Angel Nuñez Auditorium eager to learn about the presentation. Brown welcomed everyone and thanked the students for taking some of their time to assist with the evening’s program. Dr. Allan Moore from the Institute of Archeology addressed the students about Belize’s archaeology and the different programs the institution is engaged in. Moore indicated that the issue of looting continues, but they are hopeful that with the renewal of the MOU and the partnership with the United States, such activity can be drastically reduced. The presentation also covered their efforts to deter looting by encouraging young Belizeans and educating them about the importance of keeping these objects in Belize. They believe that through programs in the tourism sector, people will realize how important it is to preserve these sites and artifacts for tourism, which in return creates jobs. 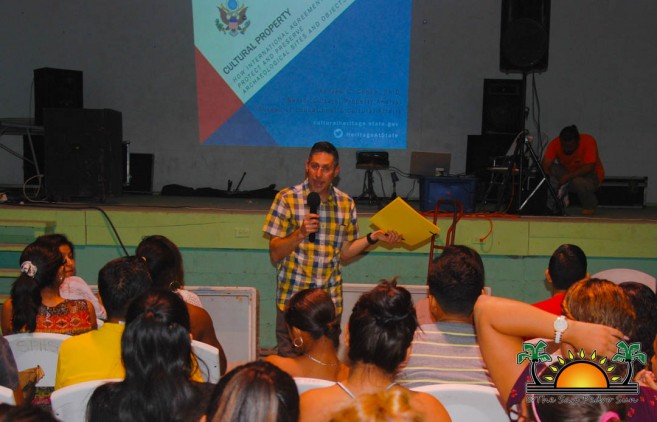 Dr. Cohen held an interactive session with the students, explaining to them the key points of the Memorandum on the illegal trafficking of artifacts. “In this binding treaty, the United States will restrict the importation of archaeological material from Belize. So what that means is anytime someone or a shipment is found coming from Belize, and they have archaeological material, a permit from the Belize Institute of Archeology is required. If there is no permit, the material is seized and return to Belize.” Cohen stated that there is no penalty at the time other than the artifacts being confiscated. 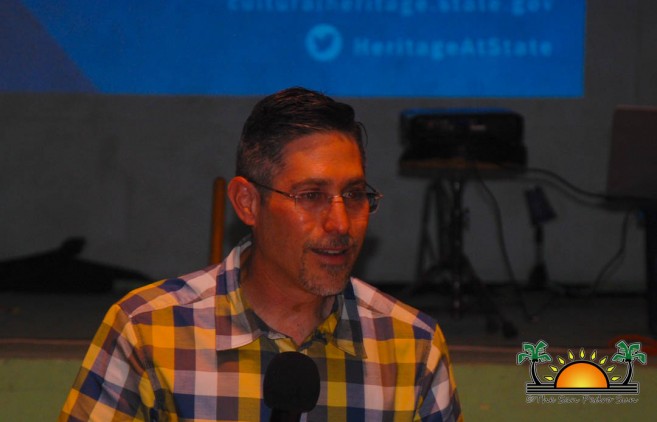 He explained that the renewal of the MOU is done every five years, due to the fact that the intention is to solve a problem that is considered temporary. “Ideally, we would like to get to a point when people are not digging their antiquities and when there will not be a market for looted material,” said Cohen. According to Cohen, not many countries have asked for this type agreement. “There are fewer than 20 countries, so it is a special relationship,” he said.

Cohen encouraged everyone to get to know what their past contains, in particular, to find some time to learn more about the colonial architecture in Belize City and the wealth of the Belizean history that makes the country so rich. He believes that as people learn about these things, they will be more interested in preserving it and pass that on to their children. Before departing the island on Thursday, Cohen also had the opportunity to address the students of SPRCS in another informational session on the importance of curbing the illegal trade of archaeological artifacts, and the need to preserve Belize’s natural heritage. 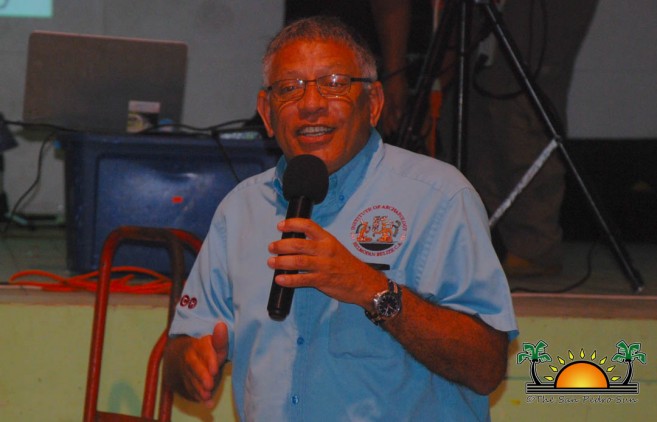 In 2013, Belize signed the MOU for the first time in an effort to tackle the looting of artifacts and increase lawful access to cultural objects and awareness. The historic agreement was signed at that time, by U.S Ambassador His Excellency Vinai Thummalapally and current Belize’s Minister of Tourism and Civil Aviation, Honorable Manuel Heredia Jr. At the signing ceremony in Belize City, it was indicated that the event had been a culmination of years of hard work dating back to 2008 when the drafting of the proposal began. The proposal was submitted in 2010, then reviewed and sent back for minor modifications in 2011, before it was signed two years later.
The new agreement will be signed on Friday, February 23rd for another five years of bilateral commitment with the United States to ensure the protection of Belize’s natural heritage.