Editor’s Note: Valentine Rosado is a biodiversity scientist and diving instructor. He runs a consulting firm focused on the environment and is the founding director of surreption.org. Follow him @ValentineRosado. The opinions expressed in this commentary are his own. 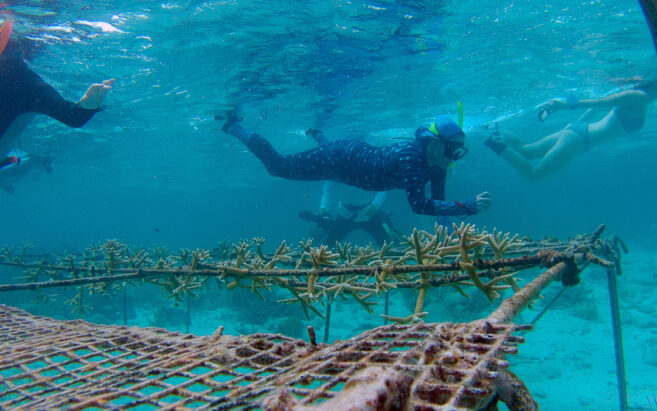 Lisa Carne is no stranger to San Pedro. She did her first coral restoration trial in 2009 and has been back multiple times. Her most recent effort is a culmination of many years working with numerous conservation partners. The coral nurseries are located in the marine reserve, and the corals are growing with amazing success.

Lisa is the founding director of Fragments of Hope and has become a globally recognized coral restoration expert through years of hard work, dedication, and persistence. She first came to San Pedro with the idea of sharing the knowledge she gained from early coral restoration success at Laughing Bird Caye.

A couple of small nurseries were set up in the Hol Chan Marine Reserve using an experimental method— frames are constructed using rebar, then coral fragments are suspended within the frame using ropes. The idea was to measure the growth rate of the nursery-grown corals and compare it to the progress they observed in southern Belize. Unfortunately, the actual physical material of the frames dissolved quickly for unknown reasons. She believes it may have been the quality of the material sourced from the local hardware. However, similar nursery frames still stand in her southern sites even 10+ years after installation. 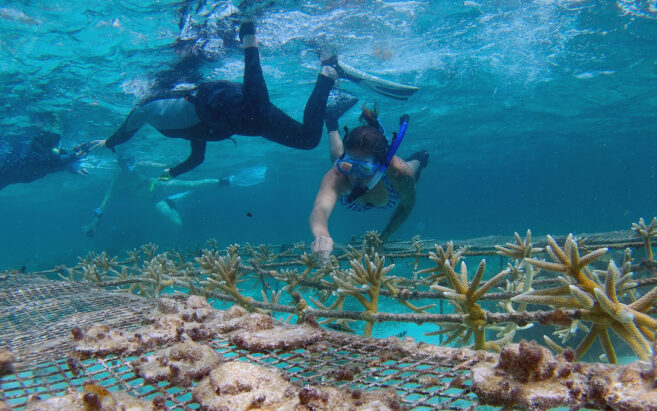 Coral nurseries are essential because they allow scientists to bring fragments of corals from different areas and create these ‘breeding populations.’ As the fragments grow and develop extensive branches, they are culled and used to ‘re-seed’ the reefs. Globally, coral reefs are deteriorating, and the coral disease that appeared in Belize in 2019 has already taken its toll on local reefs. Essentially, growing corals in nurseries is a way of giving nature a much-needed boost.

One case of Stony Coral Tissue Loss Disease case confirmed on Ambergris Caye; tour operators and guides are asked to be on the lookout

The science behind Lisa’s coral restoration techniques is solid and has influenced coral projects in many countries across the Caribbean. The Belize Fisheries Department has supported her research ideas, and she counts with decades of data verifying that what they are doing really works. She returned to San Pedro in 2011 and 2015, but it was her 2020 nurseries that really took root. “It’s easier for us in southern Belize,” she says. “I had lived there for ten years, and people know who I was, but stakeholder consultations are a learning process. The users in San Pedro are more diverse, and COVID-19 makes it difficult to bring everyone in one place. With more and more repeat visits, we will start to get more engagement with stakeholders of the northern communities.” 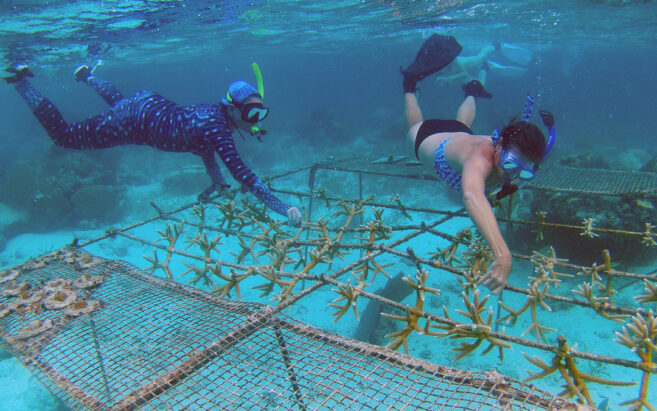 Hol Chan and the San Pedro Tour Operator Association installed coral nursery trials using PVC-based techniques. But there was never out-planting of corals and very limited follow-through. “We were busy in southern Belize, and Hol Chan had a zillion other things to take care of,” says Lisa. “The lesson learned is that growing corals requires long-term planning and funding. It is obvious that people initiate coral restoration projects with good intentions, but the fast-growing corals are endangered species that require proper monitoring.”

Today, the nursery-grown corals have been used to replenish sites in the Hol Chan Marine Reserve and the Caye Caulker Marine Reserve. They grow slower than those observed in southern Belize, but there is hope and renewed momentum. The nurseries will continue to provide a source of fragments to replenish degraded reefs in years to come. “The new nurseries verify that coral restoration works, but there is a need to step up the efforts. Everyone needs to be on board and have a consolidated long-term plan,” concludes Lisa. 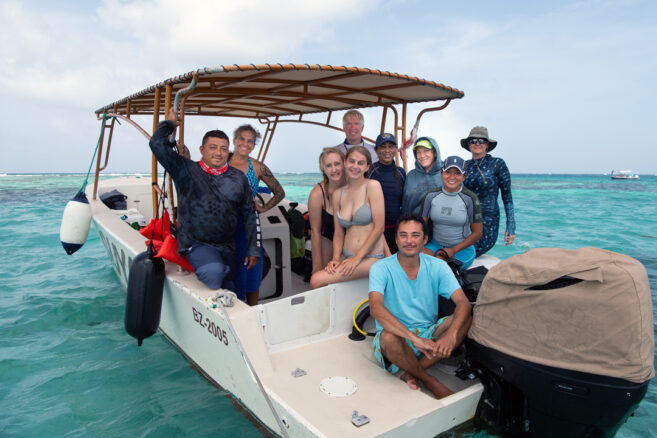 Lisa would like to thank her team of coral restoration practitioners that make up the Fragments of Hope team. They accompany her on all restoration projects. Special thanks to the Belize Fisheries Department, the Hol Chan Marine Reserve staff, and the Caye Caulker Marine Reserve. Funders and partners include WWF, MCCAP, Paul G. Allen Family Foundation, Lisa Greer, and private donors.