Since its detection in 2019 in the Bacalar Chico area, the Hol Chan Marine Reserve (HCMR) team and the Fisheries Department have monitored the spread of the Stony Coral Tissue Loss Disease (SCTLD). While observing its spread, they have engaged in field testing treatment options of the highly contagious disease that is rapidly killing healthy corals along the coast of Ambergris Caye. 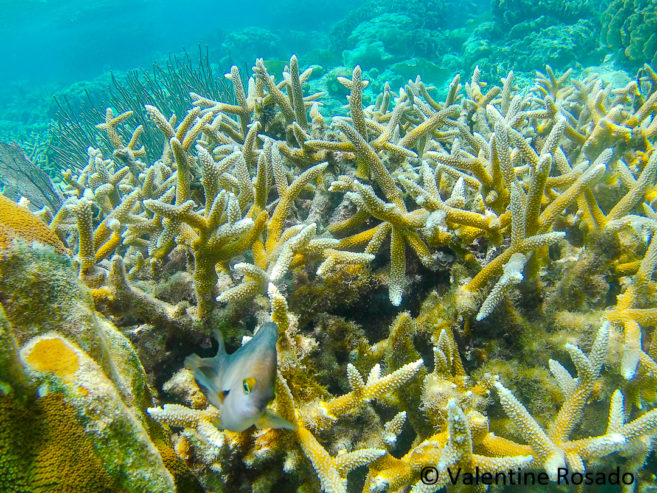 According to HCMR, when they became aware of the disease off the northern coast of Ambergris Caye by Bacalar Chico, they knew it was only a matter of time before it made it to their reserve located south of the island. “It’s like watching a hurricane approach, and you know there is nothing you can do to stop it,” HCMR said. In March 2020, when Belize went into lockdown, SCTLD was confirmed at the Mexico Rocks Marine Reserve south of Bacalar Chico. It was decided to prioritize the HCMR Channel because of its tourism value with the hopes of treating it before it arrived at the popular snorkelling and diving reserve. In the summer of 2020, the worst fears were confirmed with SCTLD at the Hol Chan Channel. HCMR was the first to start using an antibiotic treatment known as Base2B at the channel. At that time, there were only six jars of Base2B in the country under the possession of the Fisheries Department. These were given to the HCMR and applied to infected corals in the channel. 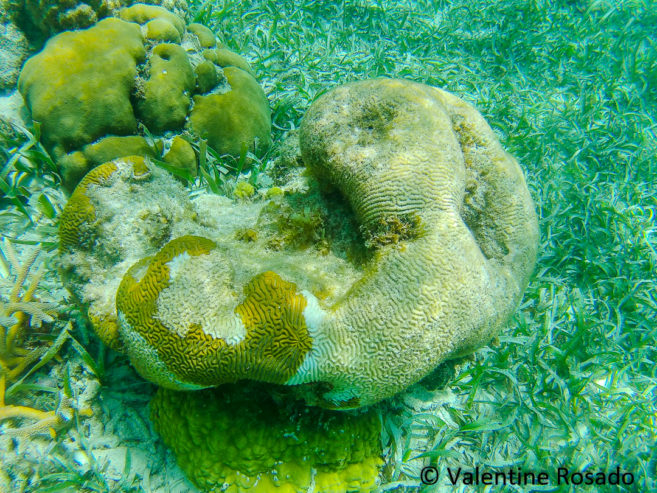 Hol Chan was also given the green light at the height of the COVID-19 pandemic from the Ministry of Health and Wellness to purchase the quantity of amoxicillin needed to treat SCTLD. HCMR was the first to begin treatment within Belize. They continued to treat the infected corals, but they quickly realized there was not enough amoxicillin for the daily task, to the team’s dismay. The process involves treating the same corals who heal and get infected again and again. 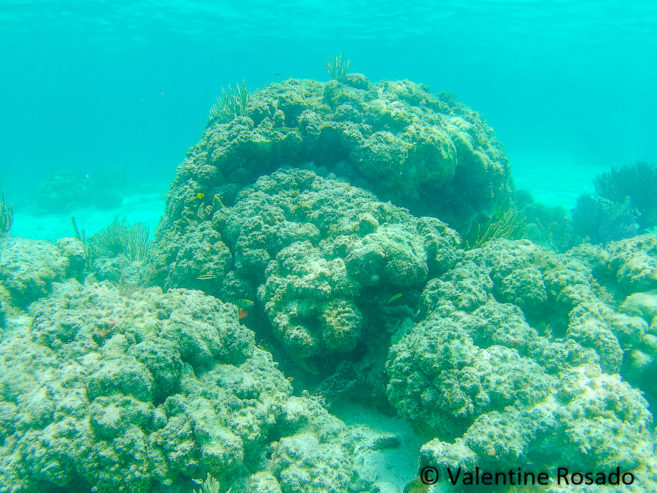 With this endless battle, the next option HCMR looked at was getting coral species not affected by the disease, namely Acroprids (Elkhorn and Staghorn corals) and using this species to restore areas affected by SCTLD. This project led to a partnership with Fragments of Hope based in Placencia to establish coral nurseries for Acroporas to replant in the affected sites. “This is a way to maintain not only the ecological integrity of the reef but the aesthetic beauty as well,” said Hol Chan. “Anyone interested in knowing the details of the restoration program, number of table locations, and species in nurseries are welcome to contact our office for details at 226-2247”. 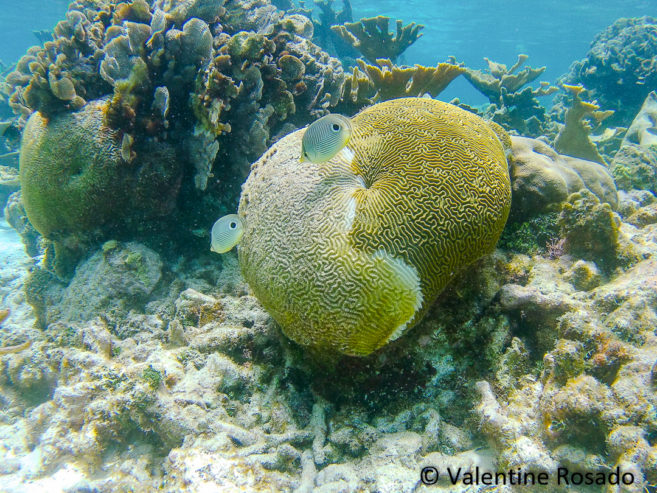 HCMR and Fragments of Hope in December 2020 also rescued Acropora from a failed restoration project carried out by another group and out planted these near the HCMR channel. 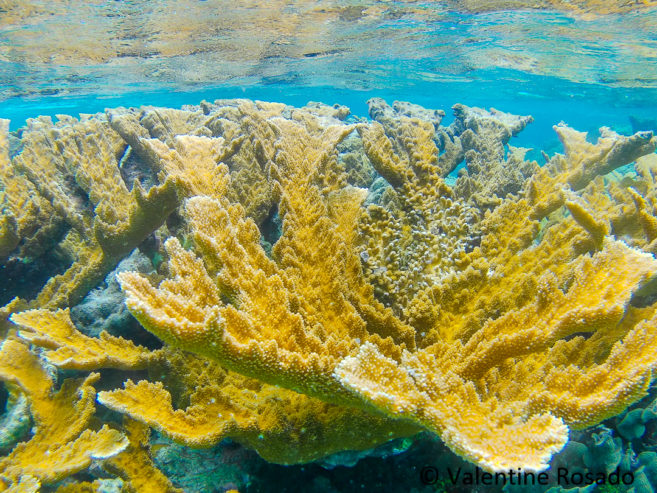 HCMR has taken the lead along with the Belize Fisheries Department in partnership with Fragments of Hope, Healthy Reefs Initiative, and the Belize Coral Network. As a result, an Action Plan was developed to address SCTLD. According to HCMR, one of the main limitations to treatment in Belize is the cost (although funds have been identified) and the country’s availability. The next step is to outplant the corals grown in nurseries to areas of priority. 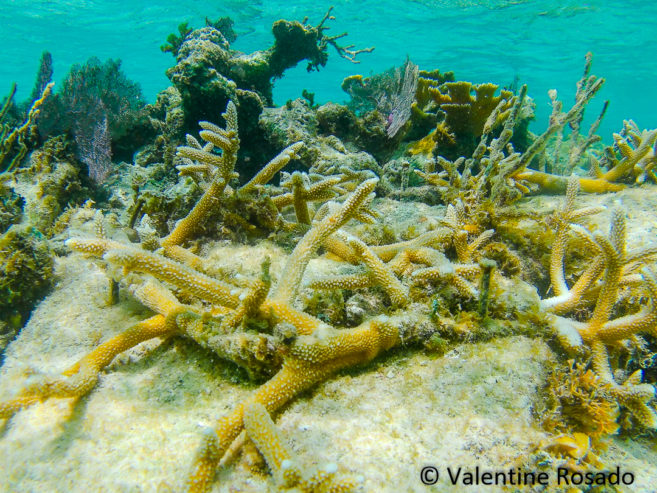 Island-based scientist Valentine Rosado recently visited the HCMR and pointed out that it is in a terrible state. “The coral disease and other human threats are affecting all the reefs of Belize,” he said. “However, we have been teaching our tour guides and young children (for years) that places like Hol Chan will serve as a safe refuge for marine life. These areas will thrive, and then the corals and fish will ‘populate’ nearby degraded areas. But, if these sites are as degraded as the non-protected sites, then we somehow ‘dropped the ball’ a long time ago.” 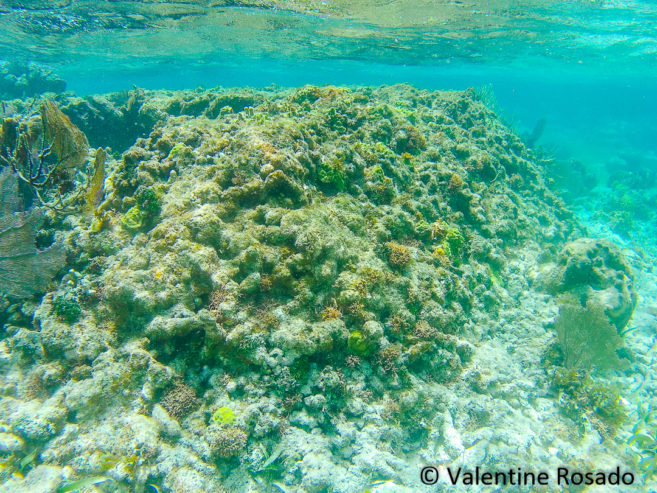 Rosado believes there is still some hope in the future of Hol Chan. He said the reserve has some very promising stands of elkhorn and staghorn corals (two species not affected by SCTLD). “There are also several stony corals that seem to be fighting the disease, as reported by experienced tour guides. Furthermore, the tourists keep flocking to Hol Chan as we recover from COVID-19 because of the site’s long-standing popularity. Hence, there is still hope.” Rosado calls on the community and all Belizeans to take the situation seriously, as it does not look pretty and needs solutions. 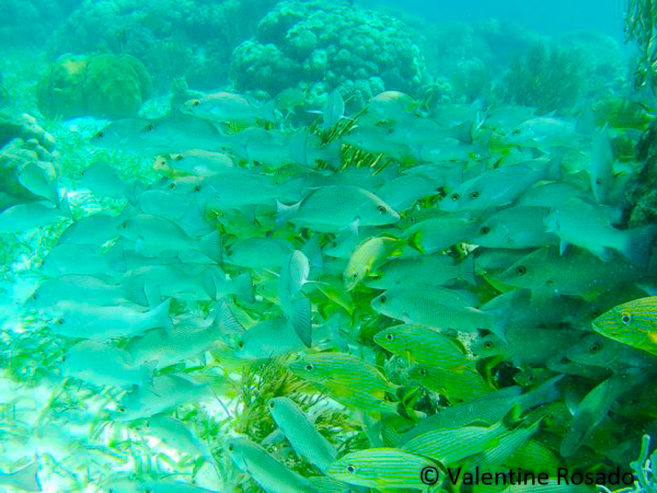 SCTLD first appeared in Florida, USA, in 2014 and has impacted most reefs in that area. The disease has since worked its way south through Mexico and the Caribbean. Anyone interested in seeing the spread can visit the following link: Coral Disease Outbreak – AGRRA (https://www.agrra.org/coral-disease-outbreak/).