Belizean authorities are investigating an incident involving a pair of employees from the Belize Fisheries Department (BFD) who were robbed by Mexican pirates on Saturday, July 24th, while monitoring corals at a treatment site. The incident took place at Barracuda Patch within the Conservation Zone 1 of the Bacalar Chico National Park and Marine Reserve 22 miles north of San Pedro Town. 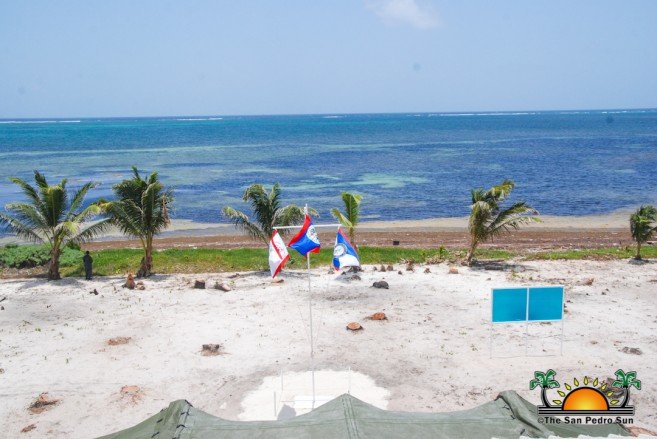 The Belize Coast Guard is closely looking into the situation and is working with their Mexican counterparts on the matter. The coast guard has revamped their patrols, and vessels raising suspicion are boarded and searched. This area is near the Mexican border, and although there is a coast guard base nearby, they could not respond to the robbery because their only vessel was on another assignment miles south of the island. The coast guard said it was unfortunate, and they will increase their level of vigilance.

Both BFD officers, ranger 49-year-old Belizean Winston Dennis Arana, and 32-year-old biologist Henry Brown Jr. were not hurt in the robbery. Still, the culprits took an assortment of valuable items, including weapons belonging to the BFD.

According to a police report, Arana and Brown Jr. stated that on Saturday, at about 2PM, they went on a Fisheries vessel to conduct monitoring activities of corals in a treatment site at Barracuda Patch within the Conservation Zone 1 of Bacalar Chico National Park and Marine Reserve. Upon approaching the area, they encountered a Mexican skiff with two male persons. The skiff sped off across the border when they saw Arana and Brown Jr. initially approach. Arana and Brown Jr. proceeded to Baracuda Patch to do their work. They went into the water to conduct monitoring when they heard the sound of a boat engine approaching them. The said Mexican skiff stopped close to them, and one of the male persons pointed a black firearm towards their direction and fired a single shot in the water. The culprit jumped onto their vessel along with his accomplices and took electrical items, fuel, two 9mm firearms, and other items amounting to BZ$3,875. The thieves then made good their escape. Arana and Brown Jr. promptly alerted the nearby coast guard base some 100 meters away.

It is believed that the perpetrators crossed the border into Mexico. The Belize Coast Guard will be more vigilant in the area and continue working with their counterparts as the investigation into this robbery continues.

During a joint operation between the Belize Fisheries Department (BFD) and the Belize Coast Guard (BCG), the two 9mm firearms Mexican pirates stole from a pair of rangers at the Bacalar Chico National Park in northern Ambergris Caye were found within a patch of mangroves. No one was found in the area, but the firearms were confirmed to be the stolen property of the Fisheries Department staff.

The search took place reportedly between 4:30-5PM on Tuesday, July 27th in the same area where they discovered a blue bag wrapped in a red cloth container hidden within some mangroves. Inside they found a 9mm pistol with ten live rounds and then the second weapon with two magazines each containing 15 live rounds. In addition, the patrol found 26 live rounds inside an ammunition case. No one was found in the area, but the items were confirmed to be the stolen property of the Fisheries Department staff.

Another islander missing for almost a month