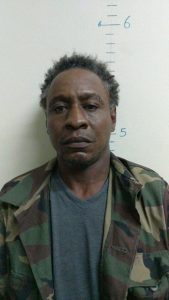 The shooting victim airlifted to Belize City yesterday is identified as fisherman 42-year-old Matthew Jonathan Moses of DFC area, San Pedro Town. He was reportedly shot and stabbed over the weekend but did not receive medical attention until Monday, April 12th. Moses was rushed to the Dr. Otto Rodriguez San Pedro Polyclinic II with multiple wounds and later transported off the island for much-needed emergency treatment. Moses remains in stable condition at the Karl Heusner Memorial Hospital in Belize City.

Details of the incident, provided by police, indicate that on Friday, April 9th, at around 4AM, Moses was sleeping in a hammock at Rocky Point in northern Ambergris Caye. He was with two other male persons when he heard them talking. Moses said he was getting out of the hammock when one of the persons fired several shots towards him. He was hit and fell out of the hammock, the other then person proceeded to stab him. Afterward, the two persons left, and he escaped from the area, wounded.

Other reports say Moses hide in the bushes and then made his way towards the beach where he was found. He was reportedly shot five times, once through the chest. As police continue to investigate, he remains under police custody.

Moses is no stranger to the law. In a recently reported brush with the law in 2019, he and other men were caught with unlicensed firearms. This happened during a 4AM police patrol in northern Ambergris Caye.

Andre Vega’s Case Heads to the Court of Appeal