In the last week the San Pedro Police Formation have removed several illegal firearms, including drugs from the streets of Ambergris Caye, leading to the arrest of three island residents.
On Thursday, December 12th, at about 4AM, police were conducting a patrol in northern Ambergris Caye, when they stopped and searched 41-year-old Mathew Moses. The search led to the discovery of one 9mm pistol. Moses was unable to produce a gun license and was arrested for a Kept Unlicensed Firearm. 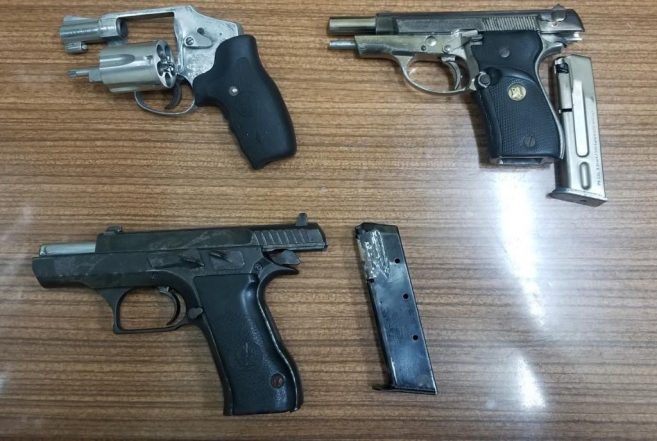 Found Property
On Thursday, December 12th, San Police Police conducted a search on a property on Laguna Drive/Boca del Rio Area where they found three firearms, ammunition and drugs. The search led to the discovery of one .45 auto with five .45 live rounds, a .22 revolver with 27 live rounds, a .25 pistol with two .25 live rounds. Police also found two separate packages with suspected cannabis. One package weighed 925 grams and the second, 922 grams.
No one was in the area and the items were deposited as found property.