In order to continue deterring criminal activities on the island and to keep track of the number of licensed weapons, the San Pedro Police Formation has acquired a Bullet Collection Chamber or Bullet Catcher, a device designed to capture cartridge casings (handgun bullets), for comparative analysis. With this new piece of equipment at the police station, every holder of a licensed weapon on the island will be required to test their weapons with this bullet catcher upon renewing their gun permits. This will provide police with information about the gun holder and the type of bullets, which can then be compared to any potential firearm crime committed on the island. The Bullet Collection Chamber is expected to come into use after the end of the year holidays. 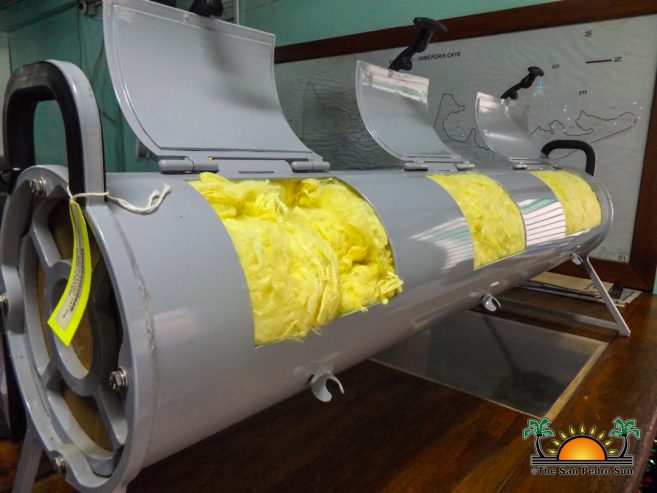 Officer in Charge of the Coastal Executive Unit Superintendent Christopher Noble said that the Bullet Catcher will not only make it easier to find out if a licensed weapon has been used in a crime, but it will also make things easier for gun holders seeking to renew their permit. “Instead of going all the way to Belize City to test their guns to renew their licenses, they can do it here on the island, and then all they have to do is take the documentation of the test to the mainland to complete their renewal application,” said Noble. “We will also have a database of all the licensed firearms and ammunition on Ambergris Caye, which will be helpful in the event of a firearm crime investigation.” Noble is certain that this new approach would help in its mission to ensure that the island continues to be a safer place for everyone.
The Bullet Catcher is a durable device fabricated from ballistic steel and packed with about eight pounds of non-flammable ballistic fibers to safely trap and recover rounds with velocities well over 1,000 feet per second. Noble explained that the user fires into the barrel of the Bullet Catcher where the bullet is captured undamaged so that examinations and comparisons can be made. The Chamber is also divided into three compartments to simplify searching and is secured with rubber clasps that hook around a welded steel hook preventing their opening when a gun is fired. The front grill of the device is bolted to the frame and can also be removed. A Bullet Catcher like this one is designed to recover bullets from all pistols and rifles and its fibers can be used to capture approximately 10,000 shots. Once the fibers have served their time, they can easily be replaced. 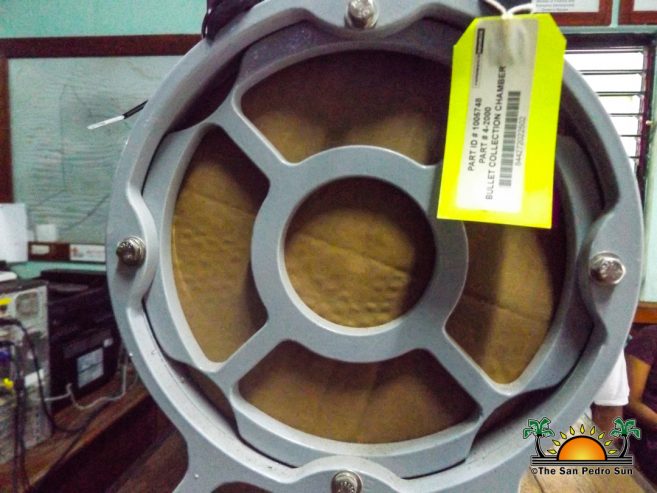 Police on the island hope to start using this equipment early in 2020, but before they can do so, they need to build the infrastructure where the Bullet Catcher will be used. The idea is to build a small facility and conduct the tests outside of town. The San Pedro Police Formation is also planning to train some of their personnel on how to properly use the Bullet Collection Chamber. 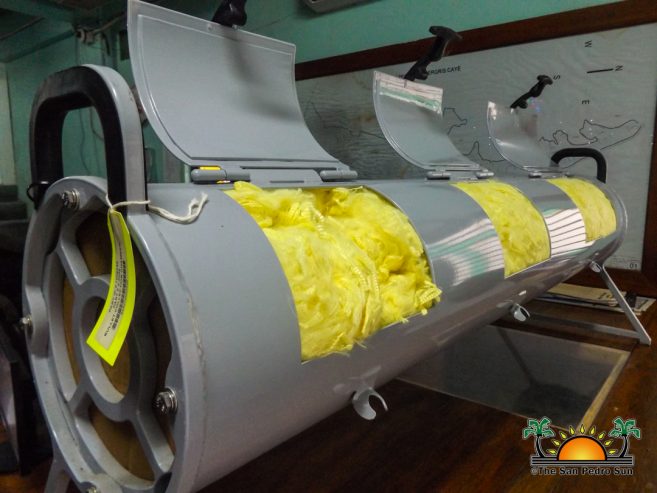 This new project was initially designed for Ambergris Caye only. However, Caye Caulker will eventually become part of the program and Hicaqueños with licensed weapons will have the option to do their tests on their neighboring island or in Belize City.