Ambergris Caye and Caye Caulker experienced a significant decrease in major crime activities during the last six months of 2019. On Ambergris Caye, one of the highlights was the lack of murders and the removal of several firearms from the streets, 11 of them in December alone. This positive change on the Cayes has been attributed to the work of Officer in Charge of the Coastal Executive Unit, Superintendent Christopher Noble and his team. His efforts are said to soon be rewarded with this year’s ‘Crime Fighter Award’ later this month. 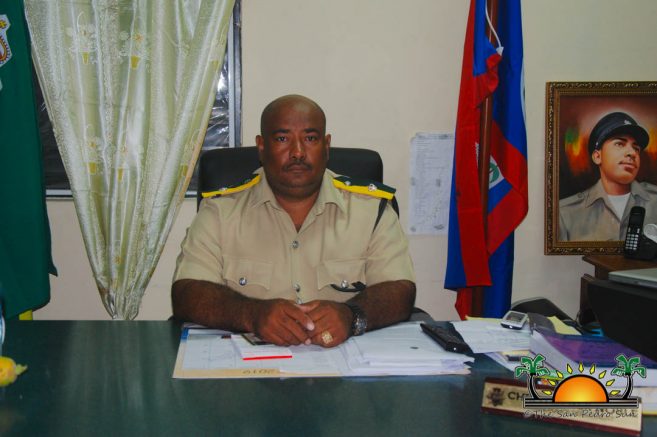 Noble took over the command of the coastal unit shortly after a tragic double murder on Ambergris Caye, registered on June 23, 2019. He came to the Cayes with almost three decades of seniority in the police department and brought with him the confidence to work along with the island communities and make them safer. He took the helms of the coastal unit at a time when crime was on the rise. By the time he took office on Ambergris Caye, there had been seven murders on the island, with March 2019 being the bloodiest at three deaths.
The final murder incident in June 2019 was the most shocking. A brazen murder saw the deaths of a local tour guide as well as an American tourist. 53-year-old Mario Nestor Graniel Jr. and American National, 53-year-old Dr. Gary Paul Swank were both gunned down on Sunday, June 23rd while on a fly-fishing trip at sea on the leeward side of Ambergris Caye. A police report stated that Graniel and Dr. Swank were shot several times from a passing boat. Due to the nature of the incident, a special police team was formed to investigate the crime. Several persons of interest were arrested but once again no official charges were made.
During the following months, Noble and his team engaged in strategies that deterred crime activities to a different level not seen on the island in quite some time. From arrests made, to several firearms confiscated from the streets, many residents are saying they feel safer than before. Another police strategy that has been well received is the newly introduced bicycle patrol, which is being done not only by the tourism police, but police constables as well. According to Noble, other measures that have shown positive results is the introduction of a boat manifest which came into effect in August 2019. This measure requires every person traveling to the islands on the water taxi companies to provide a document of identification before boarding. The knowledge of who is traveling back and forth to the islands has led to arrests and even believed to discourage criminal activities.
Several members of the business community on the island are satisfied with Noble’s work and commend him and his team for their continued effort. Many of them have offer their support to the local police department in their efforts to keep islanders and visitors safe.
Commissioner of Police rejects claims of Noble’s team removal from the island
Unofficial reports indicating a possible shake-up in the San Pedro Police formation were dismissed by Commissioner of Police (ComPol) Chester Williams on Monday, January 6th. The comments had indicated that Noble’s team was going to be replaced by January 16th, raising concerns among island residents. ComPol Williams made it clear during a police press briefing that he has no intentions in removing Noble nor his team. “I am extremely satisfied with the work being done in San Pedro by Superintendent Noble and his team,” said Williams, “They have performed exceptionally well over the past six months. We are hoping that 2020 will see better results and Noble and his team have the support of this high command. So let me state that the rumours are not true and should be dispelled.” Williams added that he is impressed regarding the significant decrease in crime on the island under Noble’s command.
The island community is thanked for working along with the police and are asked that for 2020 they continue assisting by reporting incidents and testifying to ensure the punishment of criminal elements. The San Pedro Police Station can be reached at phone number 206-2022, anonymous calls can also be made via Crime Stoppers Belize at 501-600-3563 or online at https://www.p3tips.com/.