Officers attached to the San Pedro Police Formation are being trained for bicycle patrol. Members of the Tourism Police Unit are currently on bike patrol and to have more personnel available when needed, four police constables received training on Tuesday, December 10th. This took place at the Boca del Rio Park and was conducted by Sergeant and Head of the Operational Unit Samuel Gladden, along with police constable Harris Gabourel. 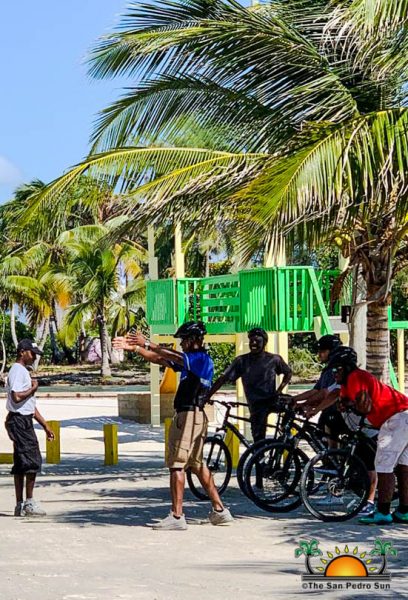 Gladden and Gabourel are certified instructors in police bicycle patrol. They graduated from an intensive course in Miami, Florida USA, and according to Gladden, it is a type of monitoring and pursuing that works well. Each of the four trainees joining the bicycle patrol unit learned how to maneuver their way through obstacles, such as ramps and narrow alleys. The police constables were also trained in the proper way to stop and get off their bicycles without losing their balance. Gladden said that matching the bicycle with the rider is important for the best results. “We are also providing officers with a bicycle that matches his body build, so it is much easier for controlling,” he said. “The use of bicycles for patrolling is very efficient. The fact that at times, downtown San Pedro gets very congested with traffic, this means that the use of bikes becomes very handy to get to a place faster. Also, when pursuing or intercepting a suspect, it can be more efficient, and the delinquent may not even notice you around, compared to using a vehicle or golf cart.” Gladden added that this is a very good way of doing community policing. 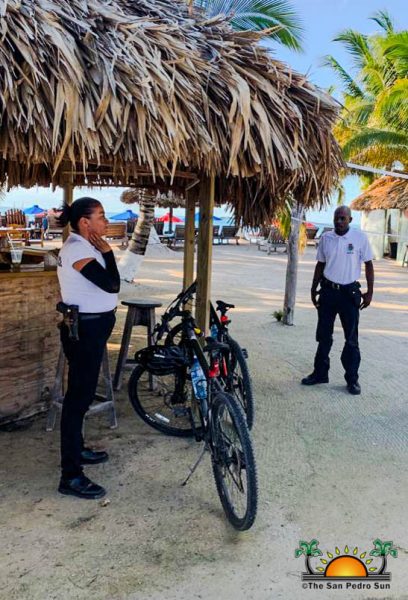 To showcase the bicycles’ durability, the next exercise challenged the police constables to ride down the steps of a building. Some of the trainees indicated that they had never done such a thing, but such part of the training would equip them to perform the unexpected pursuits that come with the job. “When you get to know how to use your bike very well, there will be no limits as to where you can ride with your bike,” said Gladden. “If a suspect tries to get away by running down some steps, you can easily ride down the steps with the bike, without falling, and continue with the chase.” Each of the constables tried the technique a couple of times without any incidents. 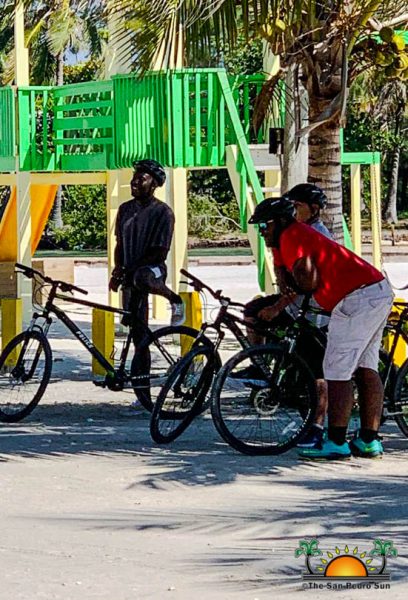 According to Officer in Charge of the Coastal Executive Unit Superintendent Christopher Noble, this is part of the strategy being implemented on the island since he came here five plus months ago. “We are using the resources the department has to service the community we serve. The US Embassy, who donated the bikes, sends a person over to monitor the progress of the use of the equipment which has been assigned to the department for some time. The police are owned by and answer to the community and in this case, they are monitoring our progress and efficient use. We have a trained officer assigned to the island who knows what to do on bike repairs and we are in the process of getting the necessary tools,” commented Noble. 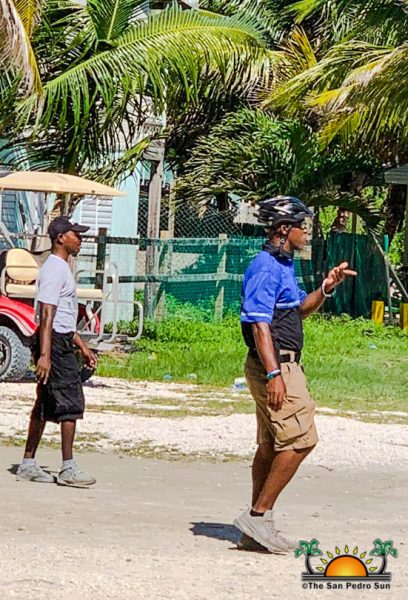 The training ended well and will be conducted from time to time so members of the bicycle patrol unit can be up to the standard of said group. The bicycles used by the police were a donation from the Embassy of the United States of America, and each one estimated to cost around $3,000.

Editorial: Take the money and run