Standard Six students from five schools across La Isla Bonita held graduation ceremonies over the past week. Students were honored as they celebrated their academic achievement in completing eight years of primary school. The new graduates now open another chapter in their academic career, as they head to high school to further their education.

The San Pedro Roman Catholic School held their commencement exercises at the Angel Nuñez Auditorium on Friday, June 17th. Under the theme, “Each of us has different talents, different dreams, and different destinations, but we all have the power to make a new tomorrow,” a total of 88 students, San Pedro’s largest primary school graduating class, awaited their primary school diplomas. After a short guest speech by Mayor Daniel Guerrero, the students were presented with their diplomas by school Principal Roxani Kay, Patricia Lopez, and Mayor Guerrero. The valedictorian of the class of 2016 was Rachel Alamilla. 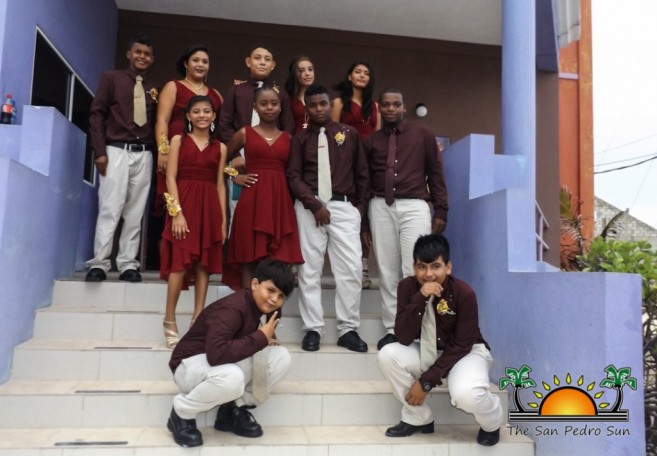 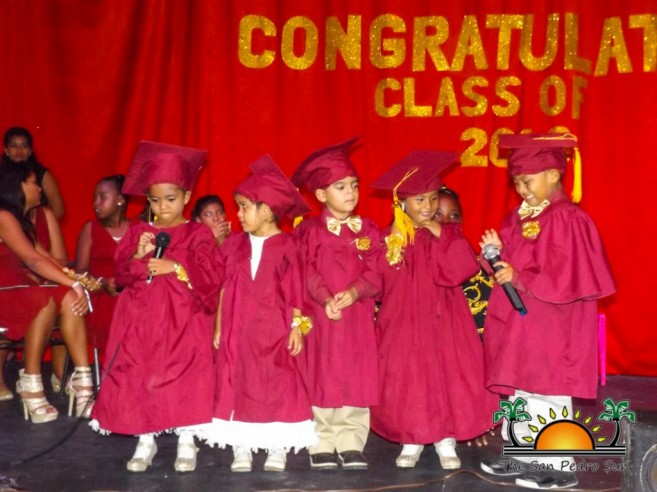 The theme for the ceremony was “History is the key that unlocks the door to our future.” Master and Mistress of ceremonies was D’angelo Ayuso and Joyce Martinez. Robert Ramirez was the valedictorian, and the vote of thanks was given by Juan Diaz.

Graduation ceremonies continued on Sunday, June 19th, and the New Horizon Seventh Day Adventist School held their 16th graduation ceremony at their school campus. Held under the theme “Endurance in Jesus Christ is the pathway of achievements,” 60 Standard Six students were dressed in their cap and gowns.  Teacher Angie and Teacher Merarie served as the Master of Ceremonies. The guest speaker of the ceremony was Pastor Leslie Gillett. Manuel Casasola gave the valedictory address. Certificates and awards were given out by Teacher Saulo, Mayor Daniel Guerrero, Area Representative and Minister of Tourism, Culture and Civil Aviation, Honorable Manuel Heredia Jr., and Pastor Leslie.

Later at 1PM, the Holy Cross Anglican School held their graduation ceremonies at the Paradise Theater graduating 42 students. The theme of the ceremony was, “So let the light guide our way, hold every memory as we go, and every road we take, will always lead us home.” Addressing the graduating class was Keyli Bonilla, and the valedictorian address was given by Lizbeth Flores. The guest speaker was Emil Vasquez, and certificates were distributed by founder Francis Wilson.

Ambergris Caye Elementary School held joint graduation ceremonies for its Pre School and Standard Six classes on Wednesday, June 22nd at the Lions Den. The master of ceremonies was Roberto Valencia, Salutatorian Yari Flores gave the welcome address, and Principal Amanda Burgos distributed the diplomas. Sueny Vasquez was the valedictorian, and the vote of thanks was given by Dalea Harsh.

Congratulations to the classes of 2016!