The Government of Belize (GOB) will pay the former owners of Belize Telemedia Limited (BTL) Bze$388 Million for the shares which GOB acquired in a public interest in 2009, Prime Minister Hon. Dean Barrow announced at a standing room only press conference at the Belize Biltmore Plaza Hotel in Belize City on Wednesday, June 29.
Government Ministers, Chief Executive Officers, UDP Senators and other scions of the Barrow administration, Financial Secretary Joseph Waight and BTL Chairman of the Board Nestor Vasquez flanked Barrow as he announced the final decision handed down by the arbitration panel to which Telemedia’s former owners had submitted the settlement of their claim. 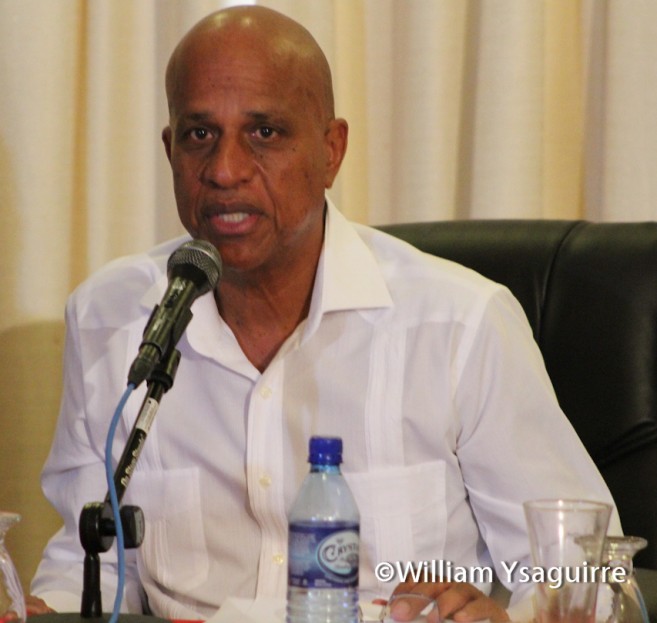 Financial Secretary Joe Waight crunched the numbers: the arbitrators ruled GOB should pay Bze$265 Million for the acquired shares, of which GOB had paid $65 million in a partial preliminary settlement last September. So GOB still owes $190 Million, and the interest payments would come to another $198 Million, for a total of $388 Million. Waight cautioned that because of legal fees and other costs yet to be finalized, the final total might be closer to $395 Million.
As Barrow explained, part of the preliminary settlement worked out with the Ashcroft Group last September was that only 40% of the settlement was to be paid to the former owners in United States dollars. The former owners had agreed that a portion of the settlement accruing to compensation of the Accommodation Agreement, which is 60% of the total, is to be paid in Belize dollars and to be invested in projects to benefit the people of Belize. 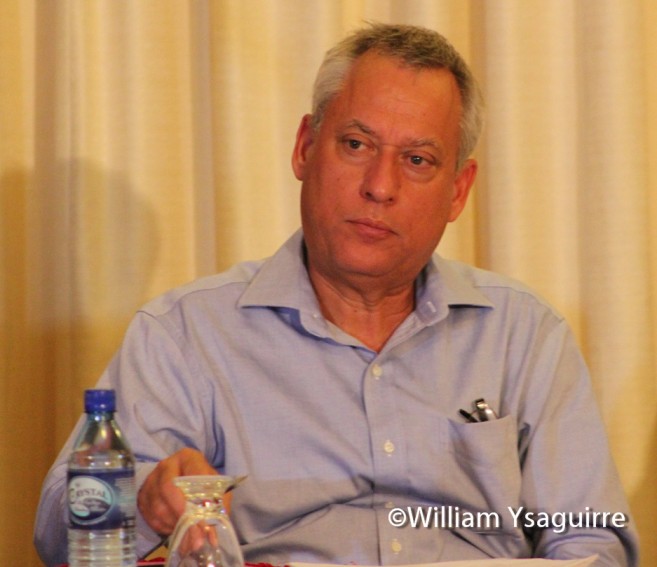 The Barrow administration was against the Accommodation Agreement, which was signed in secret by the former People’s United Party administration in 2005, guaranteeing the former owners of Telemedia a 15% rate of return on their investment, and should they be unable to get such returns, the owners would be free to with-hold payment of company taxes to meet this 15% profit. Claiming that the Accommodation Agreement as unconstitutional, the United Democratic Party began litigation against the Accommodation Agreement as soon as they assumed office in 2008, and took its case all the way to the Caribbean Court of Justice (CCJ), where the CCJ labelled the agreement: “a malignant tumor”.
It a small price to pay, since GOB would have had to forego $182 Million in business tax and $20 Million in Customs Duties each year, while BTL’s former owners enacted the Accommodation Agreement. Back in 2009, BTL was also blocking calls using voice over the Internet Protocol (VOIP), reaping another $45 Million, which might have benefited customers in tourism, banking and other services who needed to communicate with international clients. Among the consequences of the transfer of new management under GOB ownership were a lowering of international call rates, the opening of VOIP, and a lowering of Internet rates and increase of bandwidth and speeds offered.

BTL Chairman of the Board Nestor Vasquez

As Barrow explained it, the benefits of the BTL acquisition far outweighed the $458 Million cost, since the government and people of Belize received benefits totaling $774 Million. These included the actual value of the shares, which at $5 per share were worth Bze$226 Million. The revenues GOB would be able to collect by not having the Accommodation Agreement in play were estimated at another $202 million. The savings to BTL rate-payers resulting from lowered costs on calls and internet: $20 Million per year – totaling $140 Million over the past seven years since the acquisition. The dividends GOB has earned on its shares to date amount to another $106 Million, and it expects to earn another $100 Million in dividends over the next 10 years.
As to how GOB will meet the initial payment, Barrow said part of the funds would be raised by the issue of Treasury notes, and it was also in the process of selling another $60 Million worth of BTL and Belize Electricity Limited shares. The rest would be met by commercial borrowing, which GOB will keep to a minimum.