On October 2, 2021, the Government of Belize, through the Ministry of Health & Wellness, received 100,000 doses of AstraZeneca COVID-19 vaccines from the Government of the United Mexican States through its embassy in Belize. The handing over ceremony was held at the Philip Goldson S.W. Goldson International Airport.
In June 2021, the first batch of 100,000 vaccines was donated by the Mexican Government. Hon. Michel Chebat, Minister of Health & Wellness, in his address said that the second donation is a milestone in the unwavering partnership between the two countries. 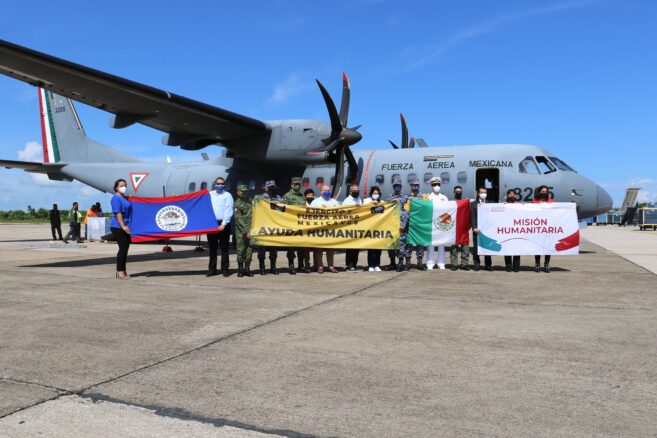 “The donation of an additional 100,000 doses of AstraZeneca vaccine by the people and government and people of Mexico to the people and government of Belize is a testament of our strong bond. As the Minister of Health and Wellness, I want to thank the government of Mexico for this gesture of goodwill. The vaccination of our people will not only help in the health of Belize, but will contribute to its social and economic development,” stated Hon. Chebat.
In her remarks, H.E. Martha Zamarripa Rivas, Ambassador of Mexico to Belize, said, “In these four decades of diplomatic relations between the two countries, the Embassy of Mexico will continue to promote actions that tend to strengthen the bonds of friendship between Mexico and Belize, for the benefit of our communities.” 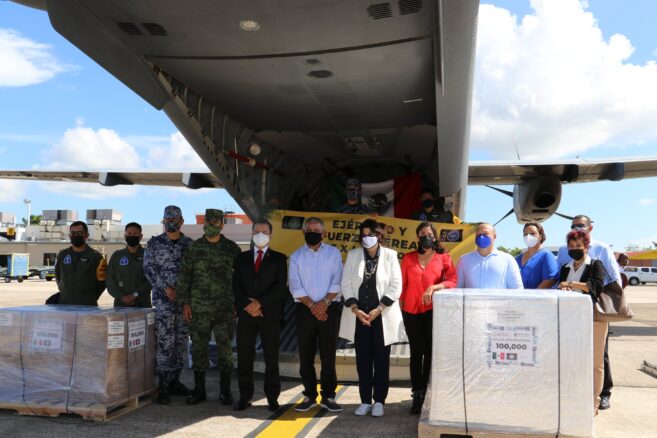 Prime Minister Hon. John Briceño noted that the donation speaks to the commitment of the Mexican President Andrés Manuel López Obrador and his government to aid developing nations, particularly in making vaccines available. “They believe that access to vaccines is a basic human right… Now he is giving us another 100,000 vaccines today.” 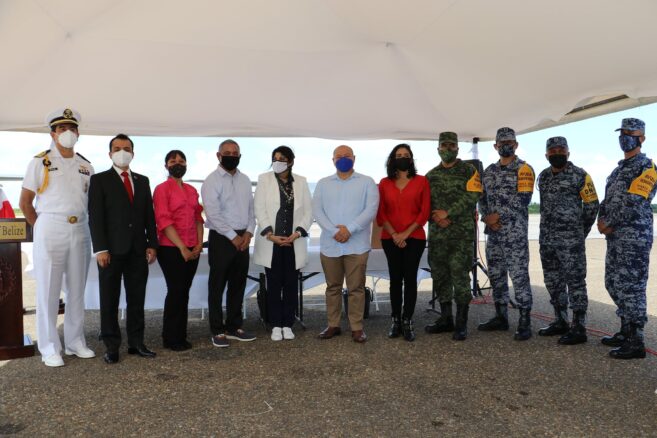 Also present at the ceremony were Mrs. Rossana Briceño, Special Envoy for the Development of Families and Children; Mr. Iker Amílcar Jiménez Martínez, director general of Global Investment, Mexico; Ambassador Amalia Mai, CEO in the Ministry of Foreign Affairs and Foreign Trade; and other officials from the governments of Belize and Mexico.

URGENT: Ministry of Health cautions the Public on Dengue Outbreaks in the Region