On February 2, 2022, Belize and Mexico met virtually to advance discussions for a trade agreement between the two countries. Belize’s delegation was led by the Hon. Eamon Courtenay, Minister of Foreign Affairs, Foreign Trade and Immigration, while the Mexican delegation was led by Señora Tatiana Clouthier Carrillo, Secretary of the Economy. 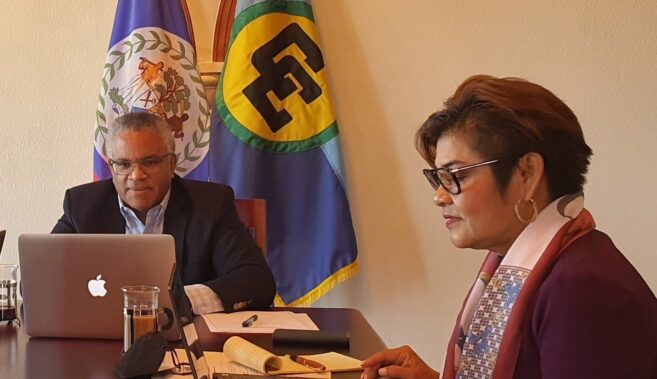 Minister Courtenay noted that formalizing trade with Mexico is of paramount importance, as the consensus is that such an agreement is vital for the economic development of Belize, including growth in exports to Mexico.
The ministers reaffirmed the desire to conclude negotiations at the earliest possible date and exchanged views on ways to achieve this objective. After comprehensive discussions, the meeting concluded with both countries reaffirming their commitment to agreements made by Prime Minister John Briceño and President Andrés Manuel López Obrador during their meeting in Mexico. These include improving economic cooperation between Belize and Mexico; agreeing on technical exchanges on legal and technical hurdles that the parties can resolve through cooperation; the conclusion of a possible MOU on Trade and Investment Cooperation; and a commitment by Mexico to explore possibilities for facilitating the exportation of Belizean goods. 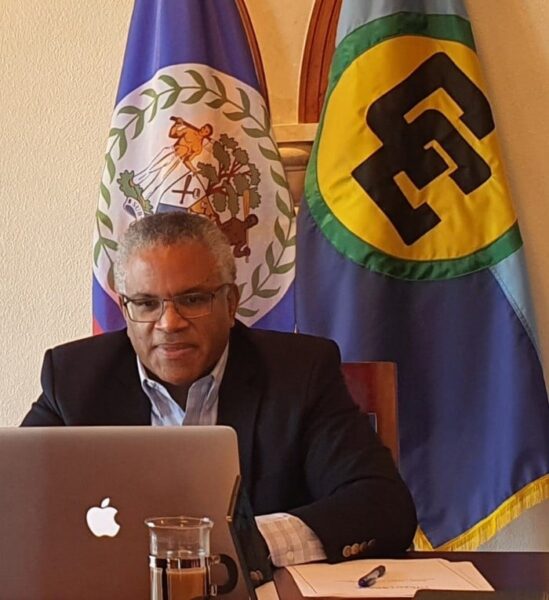 Minister Courtenay was supported by Ambassador Amalia Mai, Chief Executive Officer in the Ministry of Foreign Affairs and Foreign Trade; Andy Sutherland, the Director General for Foreign Trade; and other senior trade officials in the ministry.

Representatives of the Saudi Fund for Development Visit Belize