On March 16, 2020, the Ministry of Labour facilitated two meetings between the Karl Heusner Memorial Hospital (KHMH) Workers Union and the KHMH Authority Board of Directors and Management. Representatives of the Ministry of Health and the Labour Department also participated. 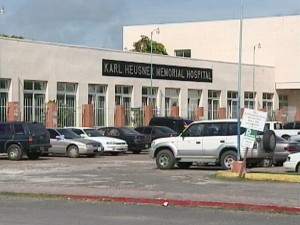 The first meeting was chaired by Minister of State for Labour, Dr. Senator Carla Barnett. Several long-standing issues which have been raised by the Union were discussed. A framework was agreed upon for addressing these issues at a later date. The meeting focused on the immediate concern of the KHMH Workers Union which was the establishment of an isolation unit on the hospital’s premises. This was outlined and tabled by the Union in a position paper at the meeting. In order to address the concerns of the KHMH Workers Union, it was agreed that there would be a joint discussion later in the day on a Pan American Health Organization (PAHO) Checklist, which was received by the KHMH CEO.

The second meeting was convened in the afternoon of March 16th to discuss the PAHO Checklist, KHMH’s Critical Response Plan for the isolation unit, and to determine if the existing isolation unit requires any enhancements to reduce the risks to employees and the public. The meeting was an open and interactive discussion of the PAHO’s Hospital Readiness Checklist for COVID-19 and KHMH Authority’s Critical Response Plan. The meeting also included a walk-through of the isolation unit.

The meetings were productive and set the tone for future collaboration towards the establishment of a Management Labour Consultative Committee and ultimately a collective bargaining agreement between the KHMH Workers Union and the KHMH Authority.

The Ministry of Labour thanks KHMH Workers Union, the KHMH Authority, and the Ministry of Health for demonstrating commitment to their shared goals to protect labour and the citizens of this country. The Ministry makes every effort to achieve the best outcome from the unprecedented circumstances presented. The Ministry assures the public that it will continue to work with both parties and do all it possibly can for the mutual benefit of all.