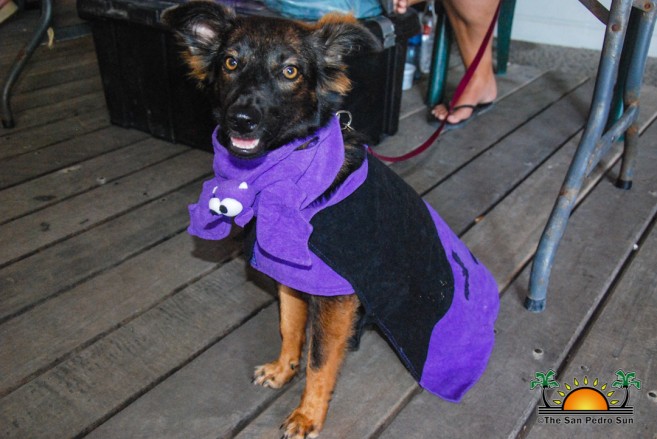 The celebration began at 11AM, with patrons visiting the different booths. Saga had set up, bidding on silent auction items, buying raffle tickets and even grabbing a bite and souvenirs. Every hour or so, organizers would raffle prizes, and lucky winners walked away with golf cart rentals, meals at various restaurants, bar tabs and much more. 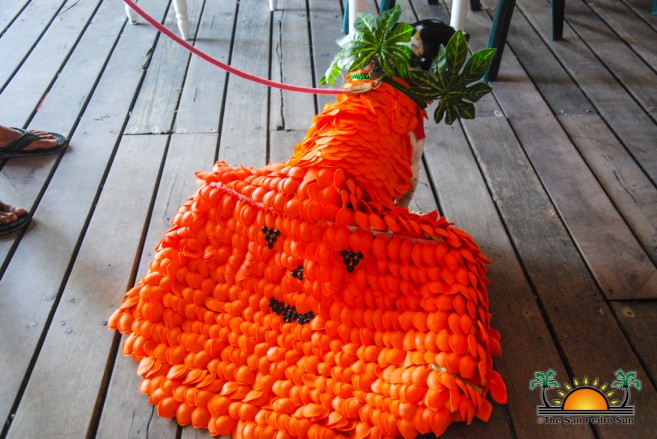 Surprising Saga was long-time island visitor, William McQueen, who made a generous donation of $5,000BZ to the organization. McQueen stated that this is one way he is giving back to the island community he loves so much. 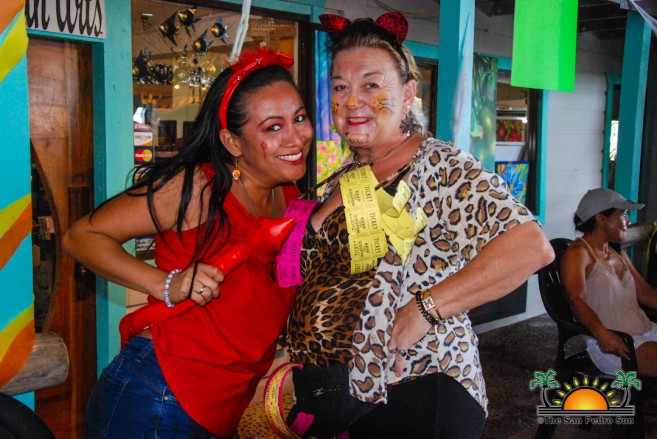 Around 4PM, pet owners began arriving with their dressed-up dogs ready for the evening’s costume. One by one they took to the stage to compete in five different divisions: Original, Scariest, Funniest, Best Trick and Look Alike. Dogs were dressed as pumpkins, vampires, superheroes, sharks, tigers, a skunk, a beer box and even wearing Hawaiian gear. The judges, Ronnie and Lisa Cyrier, Brittney O’Daniel, and Kristian Guerrero, had their hands full as they decided on the most outstanding outfits. 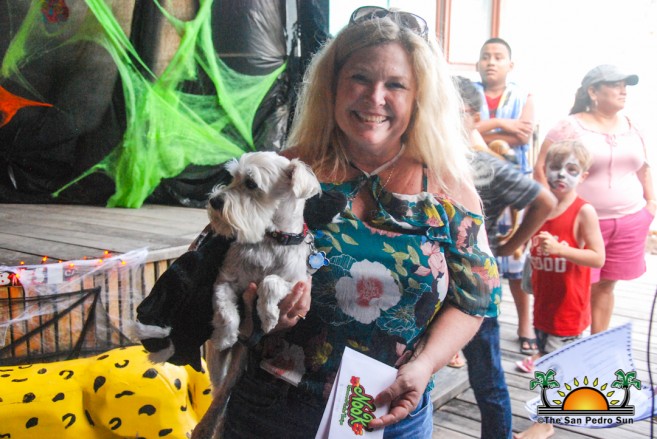 After every participant had the chance to model for the judges and the audience, the winners were announced. The award ceremony began with an Honorary Mention prize for the Hawaiian dog, who receive a full grooming session at Pamper Paws. Next, was the prize for the most original costume, and the winner was Ben and Bella, who won a $50 bar tab at Carlo and Earnie Runway Bar. 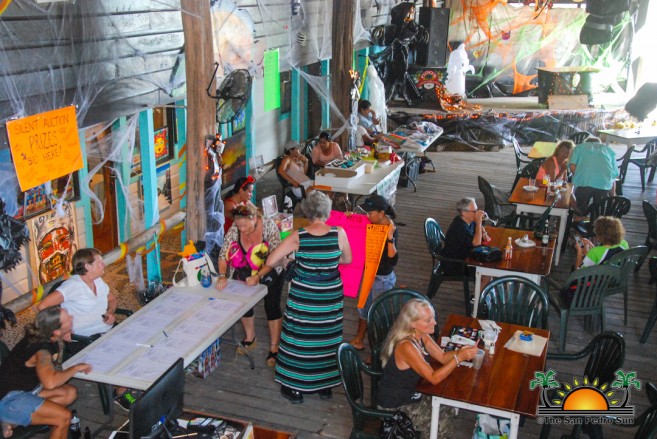 Organizers thank everyone who came out to support, including participants and prize sponsors, without whom the event could not have been possible. They also thank McQueen for his generous donation to Saga, which will greatly benefit their day to day activities. Potential participants for next year’s Halloween Spooktacular Party are challenged from now to start thinking of ideas to take the top prize in 2019. See you there!