Traffic Accident
On Thursday, May 7th at about 9:16PM, 22-year-old Joseph Elijio visited the San Pedro Police Station and reported that on Wednesday, May 6th while driving his motorcycle on the Mosquito Coast Area, he collided into another motorist. He stated that at approximately 5PM, he was driving a red Honda motorcycle (license plate Spm-0418) in a southerly direction when 74-year-old American retiree Robert Linder, also driving a motorcycle, made a quick U-turn without signaling. Elijio stated that he tried his best to slow down, but ended up colliding with Linder, who was knocked unconscious for a few minutes. Elijio assisted Linder who was taken to the Dr. Otto Rodriguez San Pedro Polyclinic II. Both men received primary medical care and Linder was transported to the Karl Huesner Memorial Hospital for further treatment. A medical form was issued for Elijio, classifying his injuries as wounding. No medical form has yet been obtained from Linder. Police investigations continue. 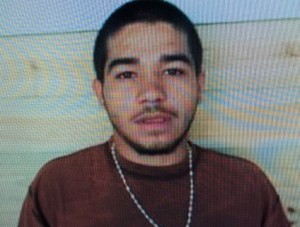 Wanted
San Pedro Police have arrested and charged Alfredo Trapp for on count murder and one count of conspiracy to commit murder in the murder of 42-year-old Jose Rigoberto Beltran.

Police Officer arrested and charged for “attempting to corrupt an officer”

Alfonso Wiltshire back in jail