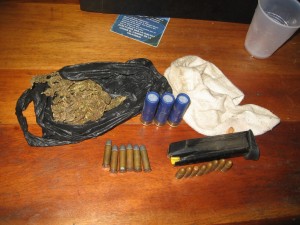 *On Tuesday, April 21st at about 12:01PM, police officers conducted a search in the Boca del Rio Area where they discovered a large parcel which was wrapped in transparent plastic wrap. When opened it was noticed to contained compressed suspected Cannabis. It was taken to the San Pedro Police Station where it weighed in at 4.18 pounds. It was labeled as “Found Property”. 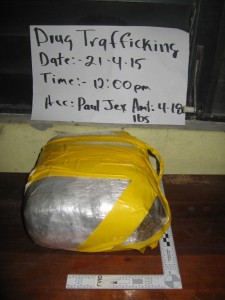 *On Tuesday, April 21st at about 1:30PM, based on Special Branch information, police visited the San Mateo Area where they searched an abandoned lot. This led to the discovery of a .38 Smith and Wesson revolver barring serial number CDW-9104, along with eight .38mm live rounds of ammunition. All items were taken to the San Pedro Police Station and labeled as “Found Property”. 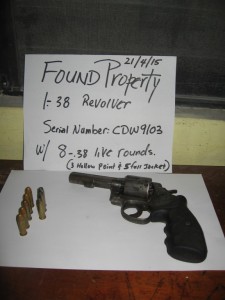 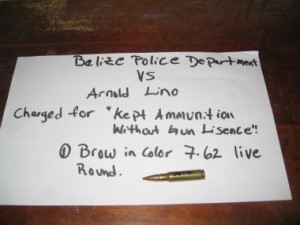 Extortion
*On Tuesday, April 12th, a 25-year-old tourist reported to the Caye Caulker Police Station that on Saturday, April 11th she was extorted by a police officer. She stated that she was at an establishment on Crocodile Street along with some friends in the possession of a small quantity of marijuana in her hands, when a police officer approached her. Upon request, she showed it to him. The police officer told her that she was going to jail. The tourist said she was afraid of going to jail and as such the police officer asked her for money in return. He extorted $800BZ from her. Police have since arrested and charged Police Constable #621 Daniel Requena for the crime of “Extortion”. He was granted bail at $3000 and one surety. His case was adjourned to the June 16, 2015. 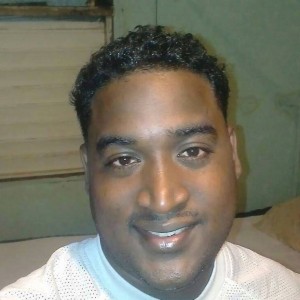 Obtaining Property by Deception
*On Wednesday, April 15th at about 4PM a 53-year-old American woman visited the San Pedro Police Station and reported that on March 12, 2015 she contacted Gerson Cordon via email. She stated that she believed he was the manager of a tour company located in San Pedro Town. As such she booked a tour to Guatemala scheduled for April 15, 2015. Cordon made charges to her credit card for the amount of $1008.60US for the tour package to Tikal. When she visited the tour company she was informed that Cordon is not employed by the company. Police investigation continues.

Sudden Death
*On Tuesday, April 21st Caye Caulker Police responded to the reports of a drowning incident at the Split Area of Caye Caulker Village. Upon arrival they found an unconscious man on the shore. Further investigation revealed the man to be 65-year-old American National John Carle of Illinois, USA. Carle was out snorkeling at the Split at around 2:45PM and did not re-surface. The reason for the drowning is still unknown. Carle’s body has been transported to the Karl Huesner Memorial Hospital where it awaits a postmortem examination.