The extraordinary job of Superintendent Christopher Noble, recently appointed commander of the newly created Region Four within the Belize District, was once again recognized by the Belize Police Department. On Friday, February 5th, Noble was awarded 2020 Officer of the Year for his outstanding performance as commander of the police formations on the cayes. 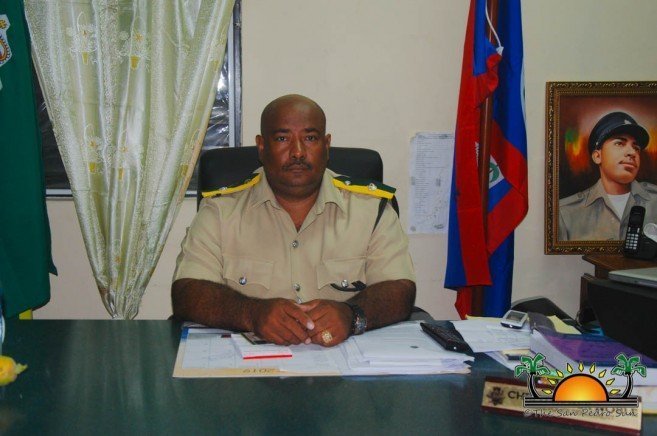 Division Four’s commander received the award in Belize City, where he was commended for his leadership on Caye Caulker and Ambergris Caye and professionalism and dedication to duty. For the year 2020, major crimes experienced a significant decrease, and for the first time in many years, the island reported a single murder. The tragic incident was related to domestic violence opposite to drugs or gang activities as in the past.

Noble told The San Pedro Sun that such award is not isolated to his professional input but with his team of police officers’ combined efforts on the cayes that has delivered good community policing. He commended every one of the officers posted on the islands and pledged to continue working hard to keep them safe throughout 2021.

Several members of the Ambergris Caye business community continue to be satisfied with Noble’s work since coming to the island in June 2019. When Noble took office, there had been seven murders on Ambergris Caye, with March being the bloodiest with three deaths. The final murder incident occurred in June when a local tour guide and an American tourist were killed.

The San Pedro Sun joins the island community in congratulating Superintendent Christopher Noble for a job well done and to an even better 2021. On Ambergris Caye, the police station can be reached at phone number 206-2022, while in Caye Caulker, the phone number is 206-0179. Anonymous calls can also be made via Crime Stoppers Belize at 501-600-3563 or online at https://www.p3tips.com/.

What’s New: Jordana’s has mastered the Art of Touch

One Day on Earth Global Film experience in San Pedro