On Monday, October 3rd, reports from the Belize City Supreme Court revealed that three former San Pedro police officers were found guilty of Manslaughter for the 2016 death of island resident Edwin Ixpatac. The three accused, Rommel Logan, Reydel Teck, and Jahisir Cobb, stood in front of Justice Ricardo O’Neil Sandcroft and, after the verdict, were remanded to the Belize Central Prison until November 9, 2022, when the former police officers will be sentenced.

Ixpatac died on March 7, 2016, at 30, after being on life support at the Karl Heusner Memorial Hospital (KHMH) in Belize City. According to an official report, Ixpatac sustained severe injuries in police custody four days before his death. The report indicated that around 2AM on March 3rd, San Pedro police responded to a call about a person struggling in the water near a resort just south of San Pedro Town. Police reported that they helped Ixpatac get out of the water, who appeared to be intoxicated and had sustained injuries from washing against a sea wall.
The report says that Ixpatac was combative and kicked and struck the officers assisting him. As a result, he was taken to the San Pedro Police Station, where he was detained overnight. While in a cell block, Ixpatac was reportedly abused and beaten inside his cell by the accused police officers. In court, police witnesses for the Crown testified of seeing video footage captured at the San Pedro Police Station showing three men brutalizing the prisoner. Witnesses say that besides being punched and kicked, the young man was struck with a baton.
The following day, an unresponsive Ixpatac was taken to Dr. Otto Rodriguez San Pedro Polyclinic II in critical condition. Due to this grave state, he was later airlifted to the KHMH in Belize City, where three days after, he succumbed to his injuries. 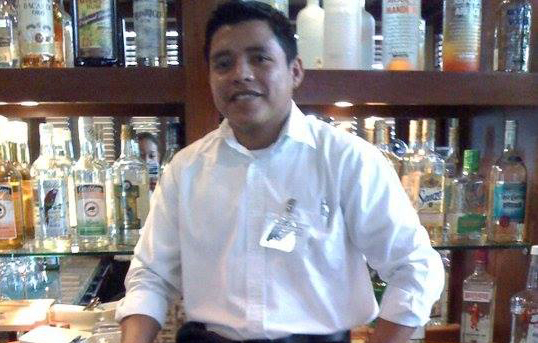 According to police, Sergeant Raymond Berry oversaw the station that night. Berry is accused of making a poor decision in not immediately taking Ixpatac to the polyclinic. Reports also indicate that Ixpatac had been abused while in custody. Following Ixpatac’s death, police started an investigation that led to Logan, Teck, and Cobb officially being charged with Murder. This charge was later downgraded to Manslaughter, and the former officers were reportedly released via a $3,000 bail. Meanwhile, Sergeant Berry was placed on interdiction.
Edwin’s sister Olga Ixpatac was pleased to know justice had finally been served. However, she had hoped for a murder charge as it is believed the former cops murdered her brother. Olga said she misses her brother and hopes the sentencing does further justice.
With the evidence presented in court, Justice Sandcroft said the actions of the former police officers were excessive and substantially contributed to Ixpatac’s death. In their defense, Logan, Teck, and Cobb denied using force against the deceased. Attorney Oscar Salgado represented the defendants.