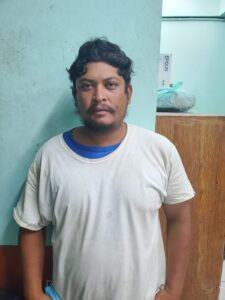 Police are investigating a case on the island where an island resident lost $23,000 to a local contractor. Police formally arrested and charged San Mateo construction laborer 32-year-old Mark Alexander Botes for ‘Obtaining Property by Deception.’ Botes was arraigned at the San Pedro Magistrate on Friday, October 14th, and was offered $5,000 bail that he could not meet. Botes was remanded to the Belize Central Prison, where he met bail and is now reportedly back on the island. He is scheduled in court in San Pedro on November 17, 2022.
The plaintiff, Marina Assi, is devastated by the loss of her investment when constructing a family house in the Secret Beach area. Assi said she reported the matter to the police after noticing no significant work had taken place at the property besides some holes in the building’s foundation. By this time, Botes had reportedly received over $20,000. 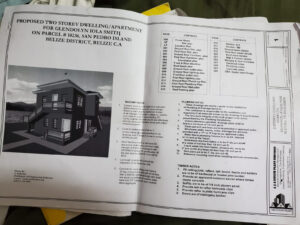 A report from the San Pedro Police Formation corroborated Assi’s story. According to the investigators at the police station, Assi and her aunt, who resides in Grand Cayman, planned to build a house on their property by the Secret Beach area, north of San Pedro Town. According to the report, Botes initially received $3,000 for the house plan, of which police say he only paid $600 to the design company. Afterward, Botes received $5,000 to construct a storeroom (bodega) on the property. The final amount he received was $15,000 to purchase material for the house foundation.
Police say that when Botes was pressured to justify the delay in the construction, he managed to have the building materials delivered to the property. However, these were not paid and were later collected and returned to the supplier. The only work done at the property were nine holes and some squares for the house foundation. Botes reportedly could not explain what he did with the funds he received. Assi provided receipts and other records showing that Botes did receive the monies. Botes reportedly produced some invoices to explain how the expenditures. However, this did not check out, and police detained Botes and charged him.
Assi is unsure if she will ever see the $23,000 again, and she and her family are frustrated and want justice. They also warn others on the island to be careful when hiring people for projects.

No liquor on Good Friday in San Pedro