Belize succumbs to Cuba and ends her Gold Cup debut


Belize faced off with Cuba in her final game of Division C at the CONCACAF Gold Cup. A 4-0 win for either team would result in advancing to the next level, the “knock out stage”. The game took place at 3:30PM local time (Belize) in the Rentschler Field in Hartford, Connecticut, USA on Tuesday, July 16th. The game ended in a 4-0 score with Cuba advancing to the next stage of the Gold Cup. 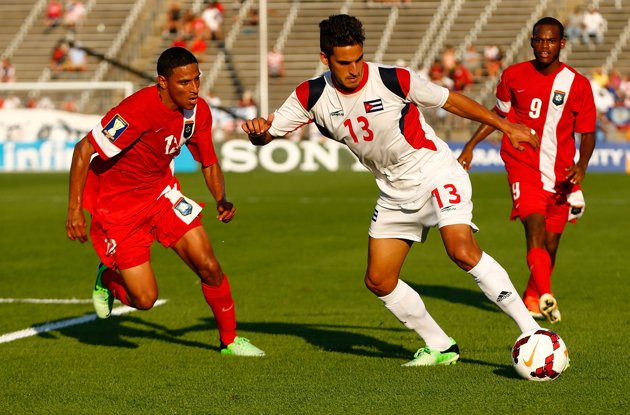 Belize started the game off strongly, and held its ground with a strong defense from goal keeper Woodrow West. Belize received three free kicks in the first half but none managed to lead to a goal. Belize had a golden opportunity to score while Cuba’s goalkeeper was down and no defense was around but the attempt fell short. Cuba’s Ariel Martinez delivered the first goal in the 38th minute of the game putting them in a 1-0 lead. Cuba continued to play on the offensive for the rest of the first half but failed at all goal attempts. 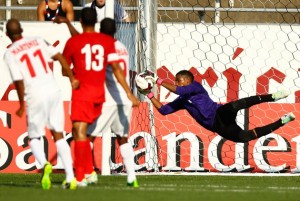 In the second half, Cuba dominated the game with West blocking five goal shots from the get go. With the defense struggling, two more goals from Ariel Martinez quickly followed in the 63rd minute and the 84th minute. Cuba was short of one goal to qualify for the next round, and Cuba’s Alberto Gomez swung over with a hopeful cross, leaving Belize scrambling to defend. Liban Perez headed the ball into the danger area and Jeniel Marquez was on hand to deliver the goal in the 90th minute of the game securing Cuba a spot in the “knock out stage.”