Hundred of international and national runners converged on the Placencia Peninsula on Sunday, December 8th for the second annual End of the World Marathon. San Pedro Town was also well represented, with six athletes participating in the marathon, including star athlete Kent “Bob” Gabourel. In the end Gabourel managed to bring home the second place trophy for one of the toughest races of the year: the full marathon. 16 year old, Brayan Guardado also made his mark in the running circuit, coming in 9th in the half marathon. 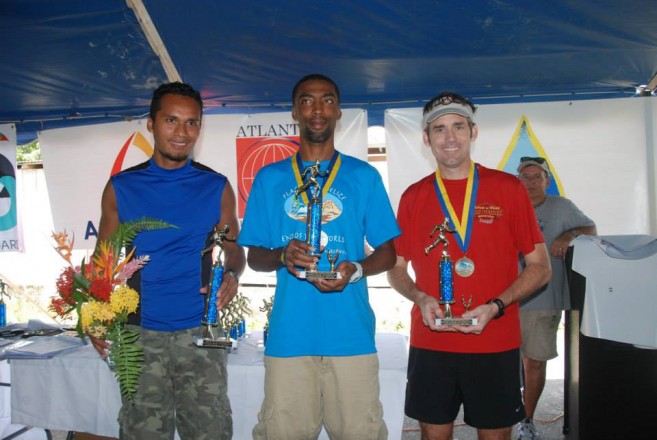 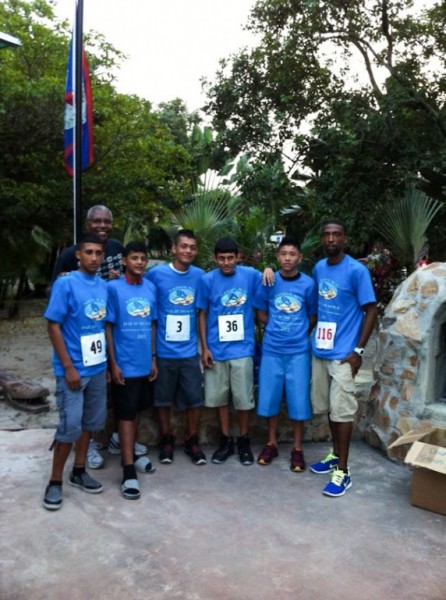 In the full marathon male division, first place went to Vladamir Gonzalez from Chetumal, Mexico with a time of 3:00:07. Gabourel edged out most of the competition but still had to settle for second place with a time of 3:25:35, and finally in third place was Stephen Hinns from Brooklyn Park, Minnesota, US with a time of 3:30:41.
In the full marathon female division, first place went to Rosa Gonzalez from Chetumal, Mexico with a time of 3:39:44. Second place went to Dimity Gannon from Belize City with a time 4:26:14, and in third was Kerah Eiley from Placencia, Belize with a time of 4:34:28. A total of 35 racers managed to finish the full marathon overall.
Andino, Santos, Guardado, Rivera, Estrada and Gabourel would like to thank all those who supported them and made the trip possible. Big thanks goes out to San Pedro High School Principal Emil Vasquez, Pastor Clive Welshof Lighthouse Christian Radio, Giovanni Alamilla, San Pedro Town Council, Marion Mejia, Gaby’s Construction, Honorable Manuel Heredia Jr., Karol Maldonado, Robert Canul and Caye Caulker Water Taxi.
The San Pedro Sun congratulates Gabourel on his big win, and encourages Andino, Santos, Guardado, Rivero and Estrada to continue on their athletic path. Keep up the hard work, you made San Pedro proud!

San Pedro Tiger Sharks are headed to the NEBL finals!