Belize to face Canada in third round of World Cup Qualifiers


Now in the third round of the Fédération Internationale de Football Association (FIFA) Confederation of North, Central American and Caribbean Association Football (CONCACAF) World Cup Qualifiers (WCQ), the Belize National Football Selection will be taking on the National Football Selection of Canada. The preliminary draw for the next round of games leading up to World Cup Russia 2018 was held on Saturday, July 23rd at the Konstantin Palace in St. Petersburg, Russia. After eliminating both Cayman Islands and the Dominican Republic in order to continue their WCQ journey, the Jaguars have been hard at work training and honing their skills.

The draw was overseen by FIFA Secretary General Jerome Valcke and decided the third round pairings as well as the fourth round groups. The 12 advancing teams of the second round of competition were divided into two pots according to their FIFA ranking as of July 2015 and paired against each other. The WCQ third round will see matchups between Curacao versus El Salvador, Grenada versus Haiti, St. Vincent and the Grenadines versus Aruba, Jamaica versus Nicaragua, Antigua and Barbuda versus Guatemala, and Belize versus Canada. Only the winners of each of the six pairings will advance to the fourth round. Matches will take place between August 31 and September 8. 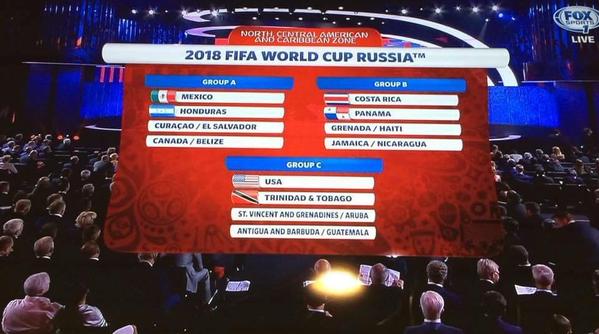 Belize will first face Canada in an away game on Friday, September 4th at the BMO Field in Toronto, Canada. The second game will be played on Tuesday, September 8th at the Football Federation of Belize Stadium in Belmopan, Belize. Cost for match tickets will be announced in the coming month.
In the fourth round, National Football Selections Costa Rica, Honduras, Mexico, Panama, Trinidad and Tobago and the United States of America will enter the tournament. These six teams had automatically earned a spot in the fourth round due to their high ranking in FIFA. Together with the six winners from the third round, the teams will be will be divided into three groups of four teams to play home-and-away round-robin matches. The top two teams of each group will advance to the fifth round. Fourth round groups are as follows: Group A- Mexico, Honduras, Curacao or El Salvador, Canada or Belize, Group B- Costa Rica, Panama, Grenada or Haiti, Jamaica or Nicaragua, and Group C- United States, Trinidad and Tobago, St. Vincent and the Grenadines or Aruba, Antigua and Barbuda or Guatemala. This round of games will take place from November 7, 2015 through September 6, 2016. 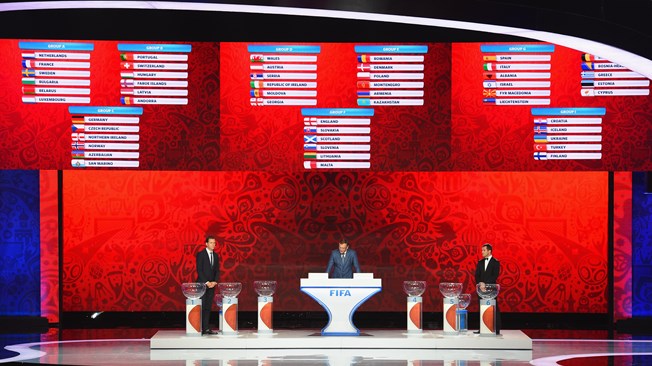 The final round in the CONCACAF WCQ is scheduled to take place from November 7, 2016 to October 10, 2017. The six teams which advance from the fourth round will play home-and-away round-robin matches in one single group. Only the top three teams will earn automatic places in the World Cup Russia 2018. The fourth place team will enter into an Intercontinental Play-off against a representative from the Asian Football Confederation.