The Belize National Football Selection captured an impressive victory over the National Football Selection of Dominican Republic in the second round of the Fédération Internationale de Football Association (FIFA) World Cup Qualifiers. With a score aggregate of 5-1, the Jaguars managed to win both home and away games, making their country very proud indeed. The results of the two part game series eliminated DR from the competition and is allowing Belize to continue their journey on the road to World Cup Russia 2018.

The first match was an away game for the Jaguars on Thursday, June 11th and was played at the Estadio Olímpico Félix Sánchez in Santo Domingo at 2PM. The Belize team quickly took control of the game with Belize’s star forward, Deon McCauley scoring the first goal in the 11th minute. The Jaguars controlled the entire first half of the match, not allowing DR a single chance to score. Unfortunately the ball slipped past Belize goalkeeper Shane Orio in the second half, tying the game 1-1. But the Jaguars were determined to bring home a victory! In the final minutes of the game, McCauley took control of the ball once more and scored his second goal, securing the 2-1 victory.

The Jaguars returned home on Friday, June 12th ready for their second match. “It feels good to be home especially with that big win. It is hard to win in another team’s territory, and we went out there as a team and we played out heart and soul,” said McCauley on their victory in DR. 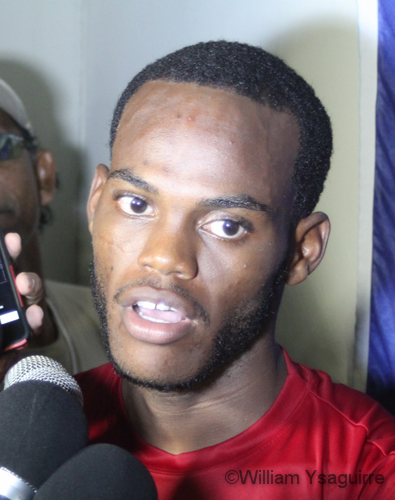 On Sunday, June 14th, Belizeans came out in droves to the Football Federation of Belize Stadium to support the Jaguars in their home game. The match kicked off at 4PM, with a determined Belizean team on the field ready to claim another victory. The Jaguars played both amazing defense and offense, nabbing a 3-0 victory for Belize. Harrison Roches scored the first goal in the 17th minute, Elroy Kuylen scored in the 37th minute and Deon McCauley rounded up the third goal with a beautiful header in the 76th minute.

With an aggregate of 5-1, Belize undoubtedly moves on to the third round of competition in the World Cup Qualifiers, while DR’s journey ends in a crushing defeat. Currently, McCauley is among the World Cup Qualifiers Top Scorers with three goals in the tournament. Also with three goals are: Nahki M. Wells from Bermuda, Harrison Andreas “Harry” Panayiotou from Saint Kitts and Nevis, Tevin Slater from Saint Vincent and the Grenadines, Sunil Chhetri from India, Orlando Mitchum from Saint Kitts and Nevis, and Hassan Abdel-Fattah from Jordan. 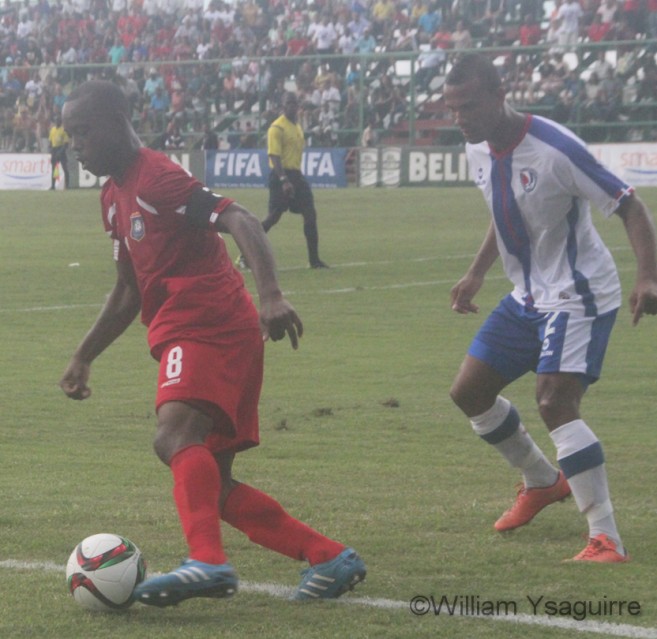 The San Pedro Sun joins the Belizean community in congratulating the Jaguars on a most excellent game! Best of luck in the next round!
Follow the World Cup Qualifiers at: www.concacaf.com/category/world-cup-qualifying-men.