« Older: Belize to face Canada in third round of World Cup Qualifiers
Newer: » Who will be moving on to the third round of the Five-a-side Football Tournament?


The first round of the Island Citizen Sporting Club (ICSC) and San Pedro High School (SPHS) Five-a-side Football Tournament has come to an end, and only 16 senior teams are advancing. This past week’s matches saw the elimination of 12 of the senior teams as the road to the championship begins to narrow. As always, football fanatics gathered at the Angel Nuñez Auditorium on all four game nights to cheer on their favorite teams. The exciting matches were intensified, with the possibility that each team playing their last game on the court. Eliminations were only for the senior category, due to the size of the group; all little leagues and female teams remain in the tournament until the semifinals. 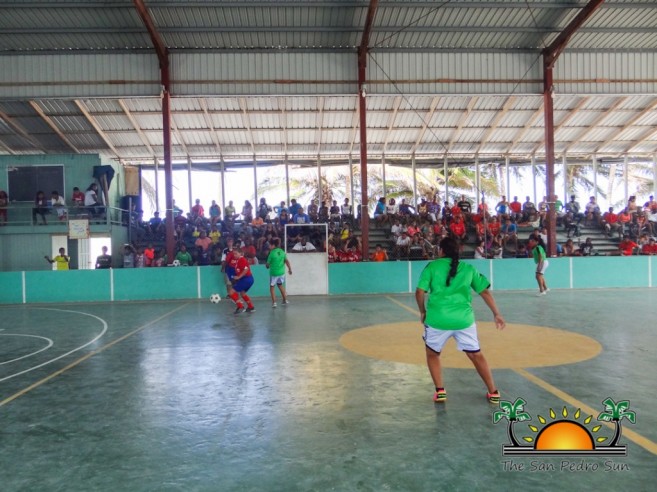 The third round of games kicked off on Thursday, July 23rd and saw four matches starting at 7PM. In the first match, Vince Warriors FC took the win by default as the opponent, Graniel’s FC was a no show. The second match of the night was between Goliath FC and Costa Warriors FC. The game ended in a 7-2 point win for Goliath FC, with Daniel Gregorio being the star player with four goals. United FC defeated Tropic Air FC in the second match with a 7-1 point score. In the final match for the night, Castillo’s FC fell to Varela’s Boys, who claimed an 8-1 point victory. 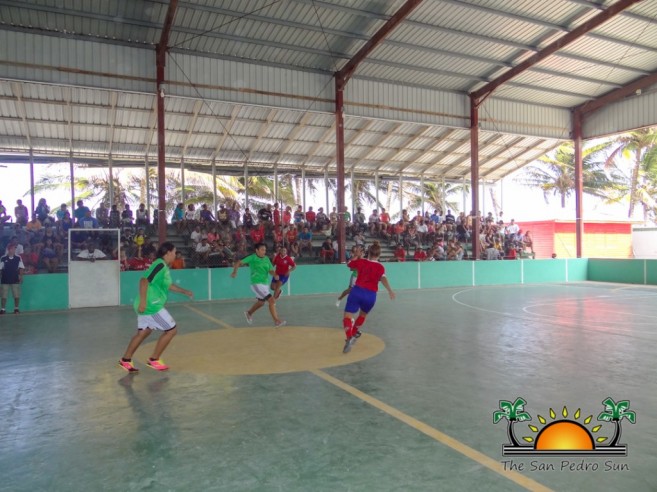 The tournament continued on Friday, July 24th with Phoenix FC facing Island Boys FC in the first match. Even though Phoenix FC played well, Island Boys FC still took the win in an 8-4 point game. The second match was a 0-0 tie between Boca Bombers FC and Sandy Point FC. In the third game, Matachica FC defeated Mecanicos FC in a 5-3 point game. Star player for Matachica FC was Miguel Melara, who scored four of the five goals. The last game of the night was a tight matchup between Boca Jr. FC and Ravens FC. At the end of the match, Ravens FC took the win in a 6-5 point game. 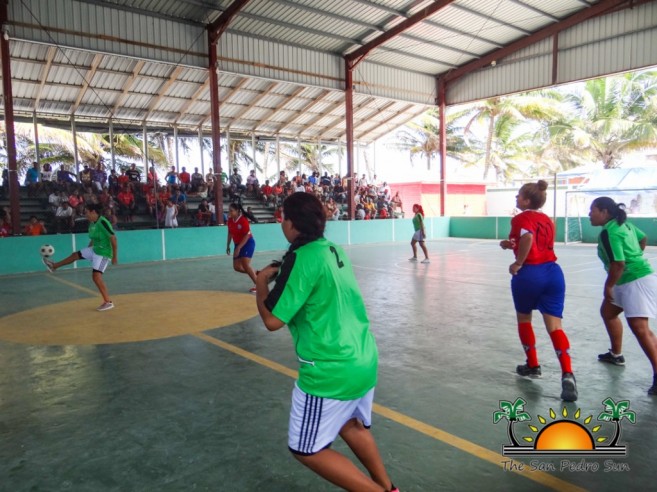 On Saturday, July 25th, spectators were treated to four thrilling matches. In the first match Harmouch FC lost to San Pedro Dortmund in a 6-5 point game. Belize Pro Dive Center defeated Costa Blue 7-1 in the second game of the day. The third match of the night was a female’s game between Barrier Reef Girls and Blue Ocean Sand Girls. The match ended in 4-1 point win for Barrier Reef Girls. In the final match of the night, Dorados FC suffered a grueling defeat against Los Catrachos, who took the victory in an 18-1 point game.
As usual Sunday, July 26th opened with the little league matches. Facing off in the Under 10 category were Barcelona FC versus United FC, FC America versus FC Bayern Munich B and FC Bayern Munich A versus Manchester United. In the first match Barcelona FC defeated United FC in a 2-1 point game. In the second match FC America took a big win against FC Bayern Munich B in a 7-0 point game, while FC Bayern Munich A won their match against Manchester United in a 4-1 point game.
Next up were the Under 13 teams. Manchester United defeated Lazio Castillo FC in a 3-2 point game, while Chelsea FC won their match against Barcelona FC in a 4-3 point game.
The sixth game of the day was a female match between Ernie’s Warriors and Hyde’s Strikers. The game ended in 6-2 victory for Ernie’s Warriors. Scorers for the team were Yamily Vasquez and Stephanie Mejivar who both scored three goals each.
The final three matches of the day were all senior games. In the first match, Star Island FC defeated Peace Makers FC in a 7-1 point game. Tuff Strikers FC also won their match against FC Green House in a 4-2 point game. In the final match, Island Pure defeated San Mateo FC in an 8-5 point game.

With the third round of games over, organizers tallied the points and announced the senior teams that had made it to the next round. Advancing in the tournament are: FC Green House, Goliath FC, Island Pure FC, San Mateo FC, Sand Point FC, Matachica FC, Raven’s FC, Island Boys, Belize Pro Dive Center FC, Costa Blue FC, Los Catrachos FC, Star Island FC, United FC, Varela Boys, Boca Bombers FC and Boca Jr. FC. Organizers would like to congratulate all the teams that will be participating in the second round of the tournament. Special thanks goes out to Tuff Strikers FC, Costa Warriors FC, Graniel’s FC, Vince Warriors FC, Mecanicos FC, Phoenix FC, San Pedro Dortmund, Haramouch FC, Los Dorados FC, Peace Makers FC, Tropic Air FC and Castillo’s FC for participating in the tournament. Organizers would also like to wish all the eliminated teams the best in their sporting endeavors and extends and invitation to them to play friendly games during the rest of the tournament.
The next round of games take place from Thursday, July 30th to Sunday, August 2nd. The schedule is as follows: