The second round of the Island Citizen Sporting Club (ICSC) and San Pedro High School (SPHS) Five-a-side Football Tournament has come to an end and only 21 teams will continue their journey for the championships. This week’s games saw the elimination of eight senior teams and the first elimination in the little league division. All four female teams still remain active in the tournament.
Games kicked off on Thursday, August 6th with one little league and three senior matches. In the first match FC America Under 10 took on Barcelona FC Under 10. Steven Almendares scored two goals for FC America, winning them the game at 2-0. In the second match of the night, Sandy Point FC took on Island Boys FC in a heated match that ended in a 7 to 4 point win for Sandy Point. Cesar Salazar was the star player for Sandy Point FC scoring five out of the seven goals. Los Catrachos FC defeated Costa Blue FC in the third match in a 7 to 1 point game. 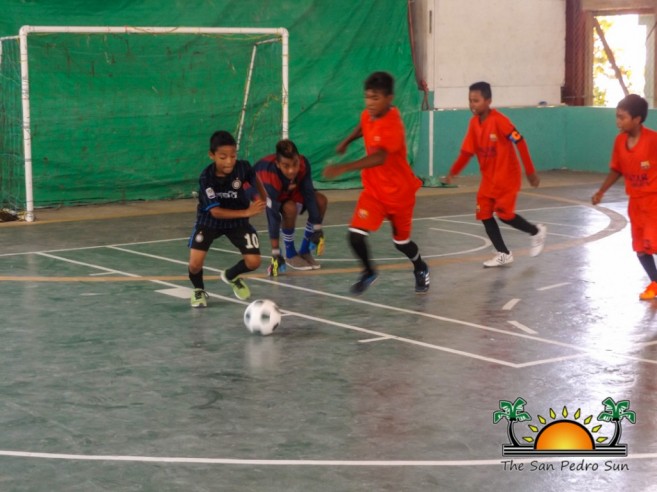 With the rounds games over, organizers tallied the points and announced the teams that would move on. All female teams moved on, but three little league teams were eliminated: FC Bayern Munich B Under 10, Manchester United FC Under 10 and Castillo’s FC Under 13. Also eliminated were Island Boys FC, Star Island FC, Matachica FC, Costa Blue FC, San Mateo FC, Boca Bombers FC, Goliath FC and Boca Jr.’s FC from the senior division.