In an epic display of athletics, Kent “Bob” Gabourel obtained his third consecutive win at the 16th Annual Lionman Triathlon held on Sunday, August 30th in Belize City. The Lionman Triathlon is one of the toughest races of the year, and San Pedro was very well represented. Not only did Gabourel take first place in the male senior category, but island resident Jordan Santos also took first place in the junior division! 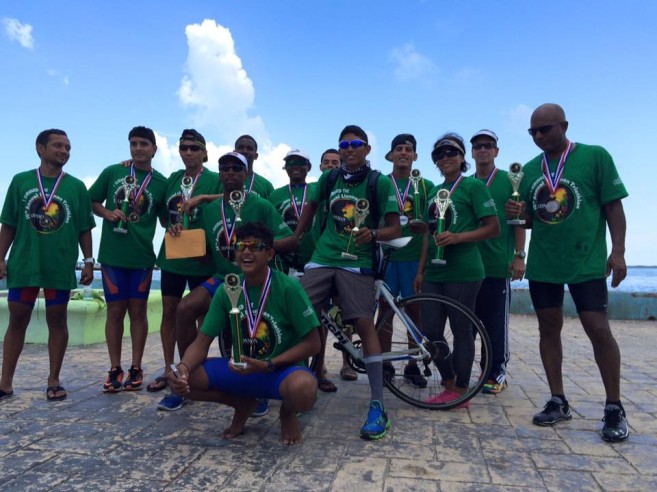 As always, the triathlon started bright and early at 6:30AM at the Sand Lighters Promenade on Newtown Barracks, Belize City, and saw the participation of several local and international athletes in the 1500 meter swim, 40 kilometer bicycle ride and 10 kilometer run. The Lionman is divided into five categories to better accommodate all levels of athlete: male (over 18 years of age), female, junior (under 18 year of age), masters (over 40 years of age) and relay teams. The Lionman Triathlon is no easy feat, as it tests the stamina, endurance and mental strength of all its participants. Representing San Pedro at this year’s race were Kent “Bob” Gabourel, Brandon Santos, Jordan Santos, Eric Donis and Kian Ancona. 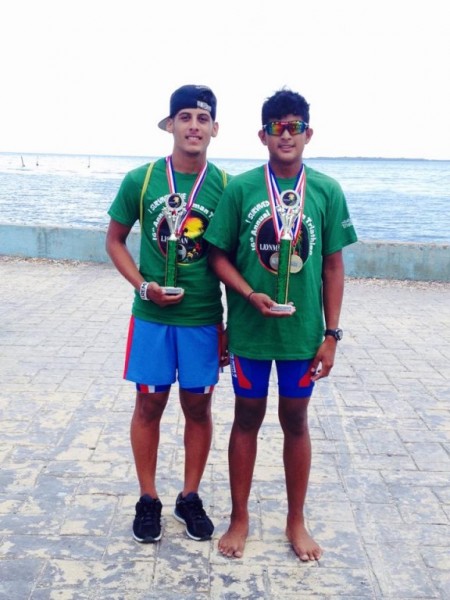 At the end of the race, Gabourel took first place in the male category with a time of 2:15 (hours:minutes), retaining his title of champion for a third straight year. “I feel good about this achievement. This year was difficult because I had competed in a race the day before, so when I was running I felt a bit strained. My mind wanted to go ahead, but the body was giving up. At a point in the race I eased down into a steady pace. But in the last mile of the race I made the final push and left everyone behind. To complete the Lionman, your mind has to be strong. If you don’t have a strong will then your body will not be able to cope with the strain it is being put through,” said Gabourel about the race. Gabourel had participated in the annual Henry Usher BDF Day Half Marathon the day before, Saturday, August 29th wherein he place in third. 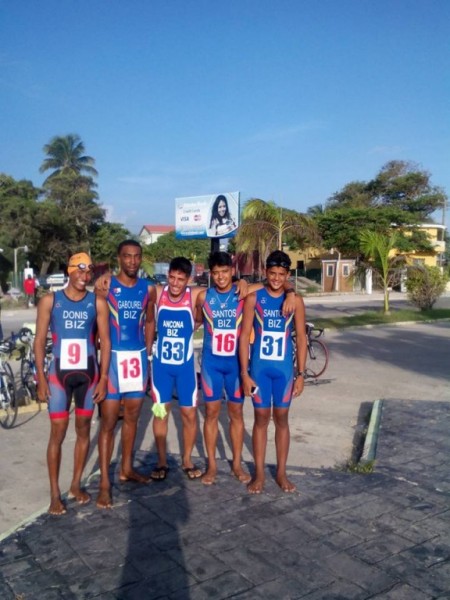 Gabourel would like to thank all those who made the island’s athletes participation in the 2015 Lionman Triathlon possible, including: The San Pedro Sun, Hol Chan Marine Reserve and Captain Shark’s.
Congratulations to Gabourel and all the participants in this year’s race!