After the first round of games played on Friday, March 4th and following the postponing of the remaining games due to the inclement weather, the San Pedro High School (SPHS) softball male team finally captured the title of regional champion at the National Secondary School Sports Association (NSSSA) Northern Softball Regionals. 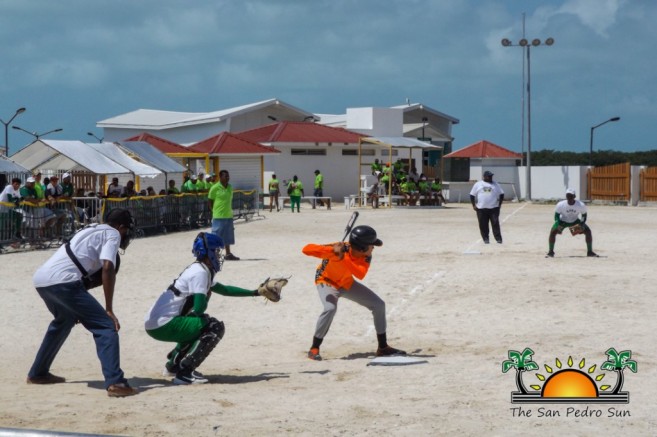 The second round of the competition was held on Sunday, March 13th, at the Honourable Louis Sylvester Sporting Complex on Ambergris Caye. Both male and female teams from SPHS joined the teams of Escuela Secundaria Tecnica Mexico (ESTM), Orange Walk technical High School (OWTHS), Corozal Community College, and Belize High School of Agriculture (BHSA). They all competed for the opportunity to represent the Northern Regionals at the anticipated NSSSA National Softball Championship. 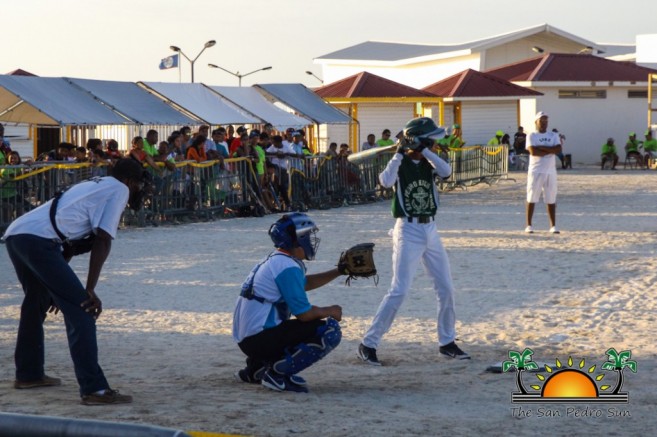 Shortly after 10AM, the first games of the day began with the female division. In the previous games of the first round, SPHS girls fell short against ESTM in a final score of 24-14. However, SPHS still had a chance to make it to the finals and head to the national tournament. 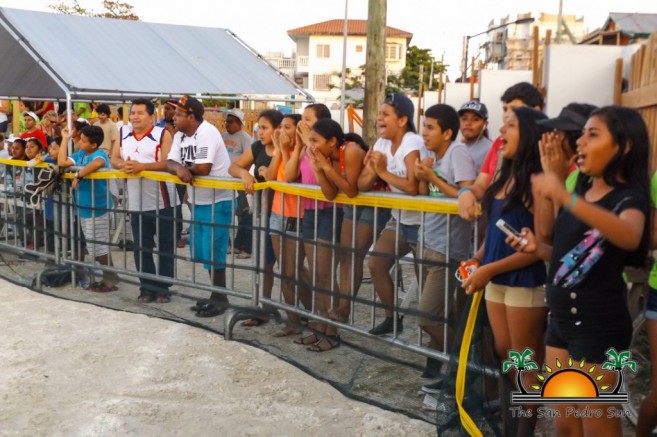 Fans from the different schools, including San Pedro, started cheering loudly as the SPHS girls took on the team from OWTHS. The OWTHS females were no match for the host team, and the game ended in a final score of 21-11. SPHS proudly advanced to the championship game against ESTM, who from the first round of games had qualified for the championship match, after claiming two wins. 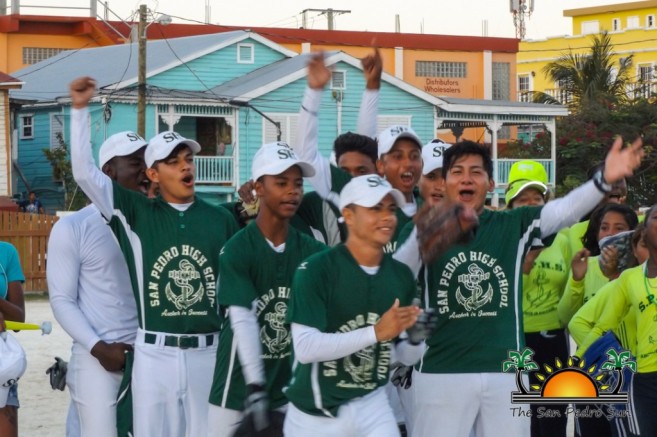 In the male division SPHS’s pitcher Lester Gomez led the team to a 19-0 mercy rule (the mercy rule is used when a sporting event comes to an early end when one team has a very large, presumably insurmountable lead over the other team) win against BHSA. With this victory, the SPHS male team entered the regional finals. 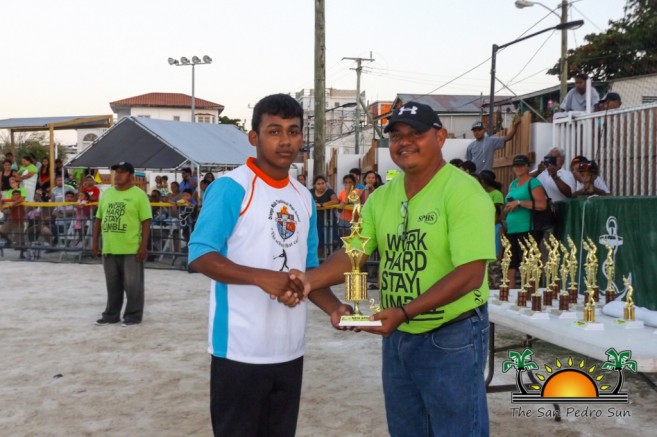 Next, OWTHS easily took on the boys from CCC with a game score of 15-5. OWTHS boys were then officially in for the championship games against the home team of SPHS. 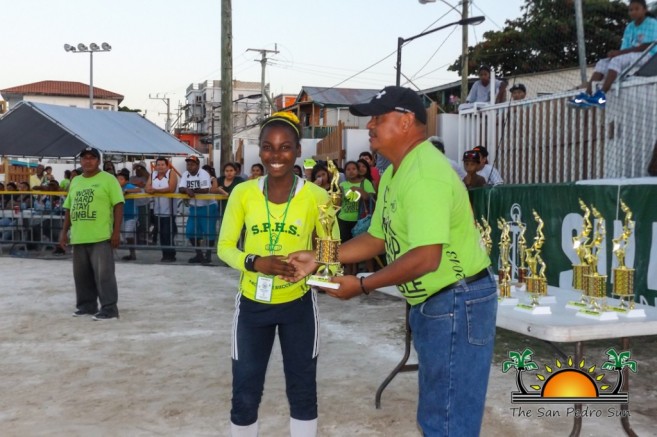 During the female championship game, SPHS took a good lead against ESTM who gave the impression that they were no match for the home girls. However, this might have been their psychological strategy, as near the end of the last innings they made a resounding comeback, claiming the victory with a final score of 23-13. The SPHS girls ultimately lost their chance to be in the National Tournament, but they sure put forth a strong effort. 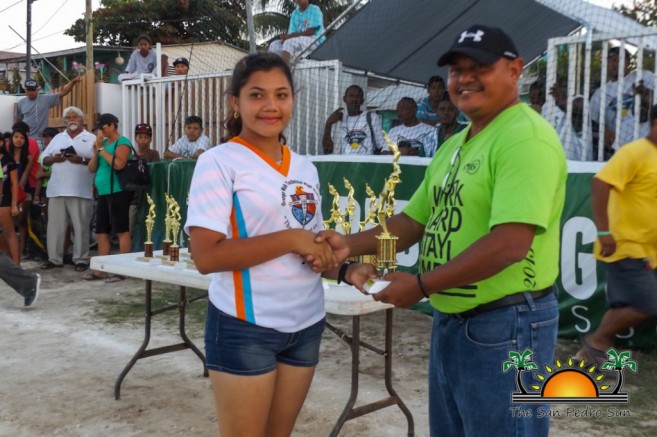 With the last game of the evening in the male category, it was left to the SPHS boys to make a difference and try winning the championship game in order to represent the island at Nationals. This was the most anticipated game of the day, and fans loudly declared their support. OWTHS boys had difficulty trying to adjust to Team SPHS’ Lester Gomez pitching. Additionally, SPHS’s Shemar Broaster’s homeruns finally led his teammates to a 16-1 mercy rule win over the OWTHS boys. 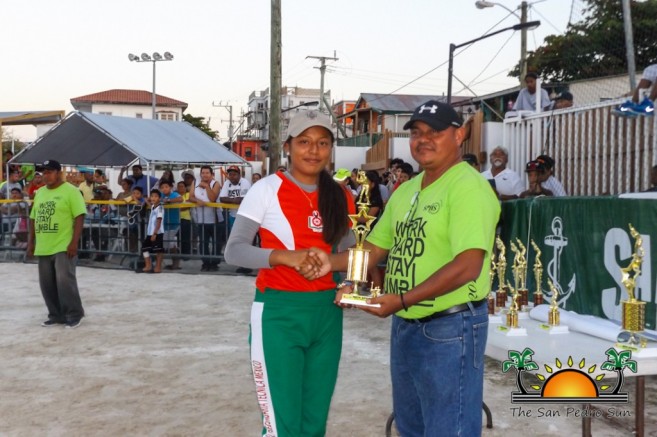 At the end of the tournament each team was presented with their individual trophy. The SPHS girls proudly accepted their second place and vowed to do better next year. Following the presentation of trophies, the MVP’s of the tournament were announced. In the female division from ESTM, the MVP went to Nirsia Aldana. Meanwhile, in the male division, the MVP went to no other than Lester Gomez from the SPHS team. 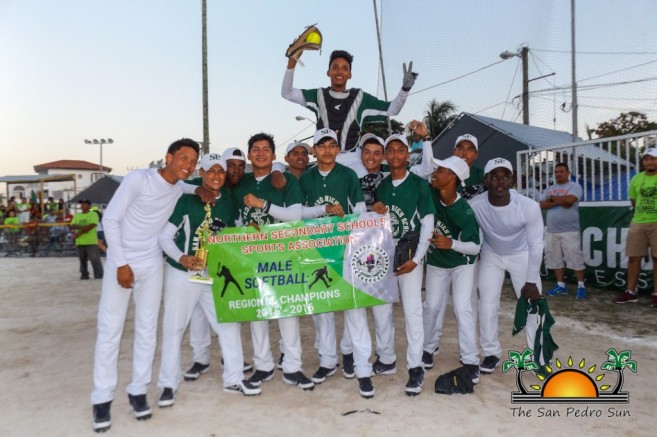 The San Pedro Sun congratulates the SPHS teams for a good tournament and our best wishes to the male team at the National Tournament.