The Belize District Zone 5 Primary School Football Tournament officially started on Wednesday, May 11th at the Honourable Louis Sylvester Sporting Complex in San Pedro Town. The tournament is being organized by The San Pedro Sports Committee in collaboration with the National Sports Council of Belize. Both male and female teams from different primary schools of Ambergris Caye including Caye Caulker are participating in the sporting event which culminates on Thursday, May 26th. The winning team will represent Ambergris Caye at the Belize District Finals, tentatively set for Thursday, June 2nd in Belize City. 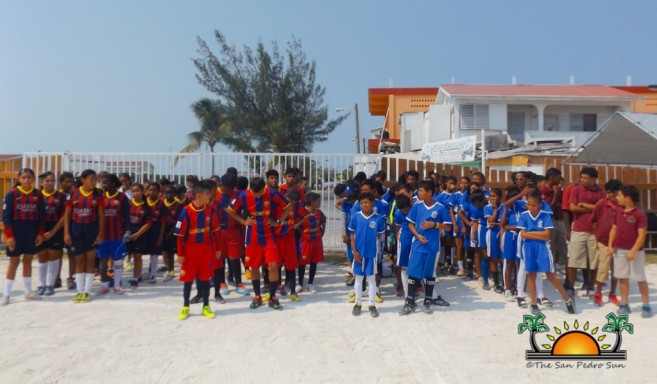 Before the first games of the tournament began, members of the San Pedro Sports Committee briefed the different teams about tournament regulations. Discipline and respect was encouraged from all players, while the different coaches and teachers from the participating schools were thanked and acknowledged.
After the first week of intense games, the points for each team have been tallied. Both the male and female team from the San Pedro Roman Catholic Primary School are leading in the competition so far. 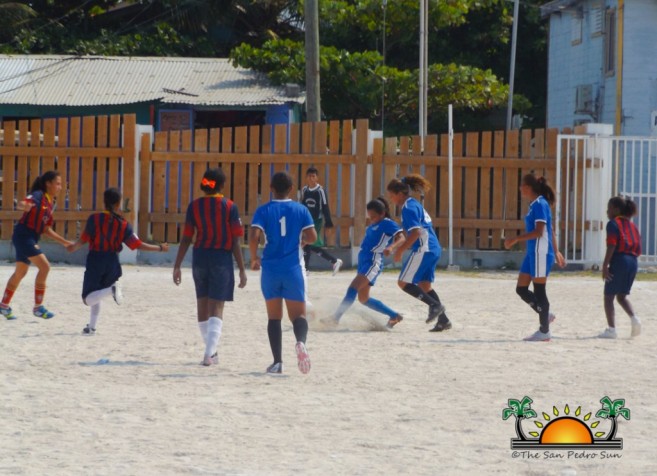 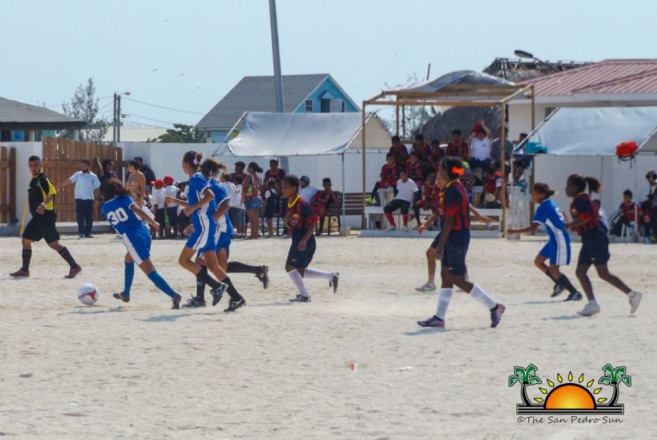 Games will resume on Tuesday, May 24th beginning at 2PM sharp. Everyone is encouraged to come out and support their favourite teams.
Organizers would like to thank all the participating schools for their support and The National Sports Council for allowing the San Pedro Sports Committee to organize the tournament.