After six weeks of action-packed games held, the San Pedro Town Council’s (SPTC) Five-a-side Football Tournament is nearing its playoffs. So far, four male teams have qualified: Rough & Tough, Jokers FC, Los Catrachos, and Terror Squad. This past week’s games took place on Wednesday, June 14th to Saturday, June 17th, in the Under-15, Under-13, and male division. As usual, large crowds came out to the Honorable Louis Sylvestre Sporting Complex to support their favorite players and teams. 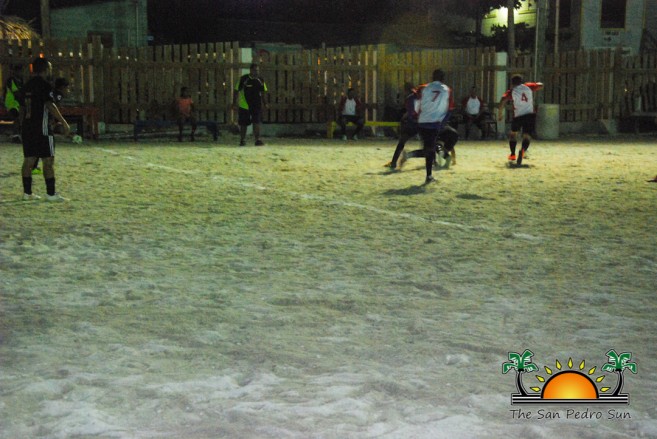 On Wednesday, June 14th, three male division games took place, and saw sweeping victories favoring the most prepared teams. At the end of the first night of games, the results were: Jokers FC 2 vs Rough & Tough 0, Tuff Strikers 3 vs Goliath 0, and Costa Boys 5 vs Tropic FC 5.
On Thursday, June 15th, the male division competition continued. It was another evening of football action and fans were out in large numbers. In the first match Los Catrachos FC emerged victorious against the Rookies, 4-0, while Terror Squad snatched a clean win over Sea Star Strikers 5-0. The last match of the evening between Boca Bombers and Peacemaker was quite intense, ending in a 3-3 tie. 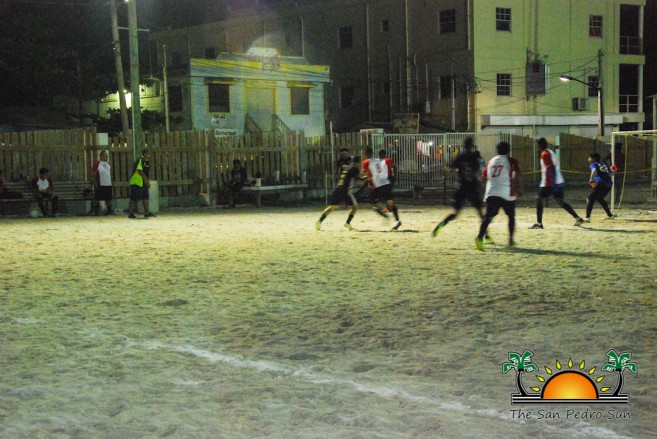 On Friday, June 16th, two matches were played in the U-15 division, and the scores are: San Pedro Pirates 2 vs Los Catrachitos U-15 1, New Raven’s 1 vs San Pedrito Strikers U-15 0. Afterwards, six male division teams played to the delight of the fans. These are the scores. Jokers FC 1 vs Rookies 5, Tropic FC 1 vs Terror Squad 2, and Goliath 0 vs Peacemaker 3.
On Saturday June 17th, eight teams in the U-13 played. The youngsters played a tough match, and their scores were: FC Larubeya 5 vs PSG Pirates 1, and San Pedro Pirates Jr. 3 vs San Pedro Pirates 7, Pirates Manchester 3 vs Belize Pro Dive 1, Pirates FC 2 vs FC Larubeya 2. Later on, it was the male division’s turn. Rough & Tough scored 4 vs Boca Bombers’ 2, while Tuff Strikers lost 2-4 to the Sea Star Strikers, and Costa Boys lost 1-8 against Los Catrachos FC. 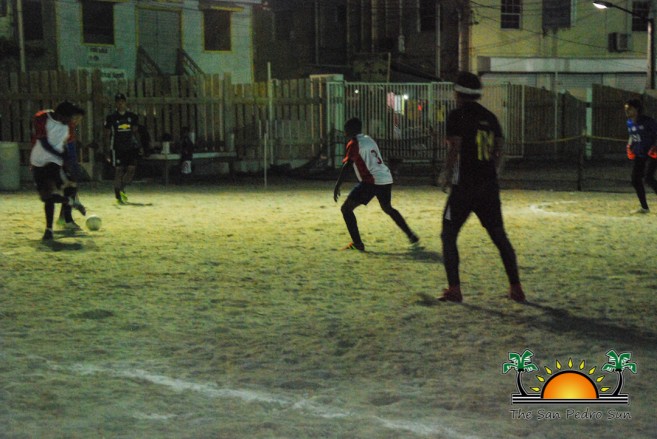 These are the top scorers from each division:
U-15- Harol Ramos of New Raven’s with 5 goals
U-13- Roberto Nah of San Pedro Pirates with 9 goals
U-10- Brandon Quijano of Pirate’s Manchester with 9 goals
Female- Sue Castillo of Island Invaders with 5 goals
Male- Loidy Gonzales of Costa Boys with 15 goals