It has been less than a year since island resident Martin Dawson officially opened his Mixed Martial Arts (MMA) training school, and in that short time, the school has grown by leaps and bounds, attracting local and international attention. Dawson’s MMA training school, ‘Pit Fighters,’ teaches all aspects of the sport, self-defense, jiu-jitsu, tactics, and techniques. The school is currently in the process of preparing fighters to compete in a MMA tournament this June in Chetumal, Mexico. As well, the school was recently visited by well- known Canadian striking trainer, Victor Theriault, who spent several days attending classes with Dawson. Theriault has a solid coaching record and has trained some of the best fighters in the world, including former middleweight champion of the Ultimate Fighting Championship, Georges St-Pierre. 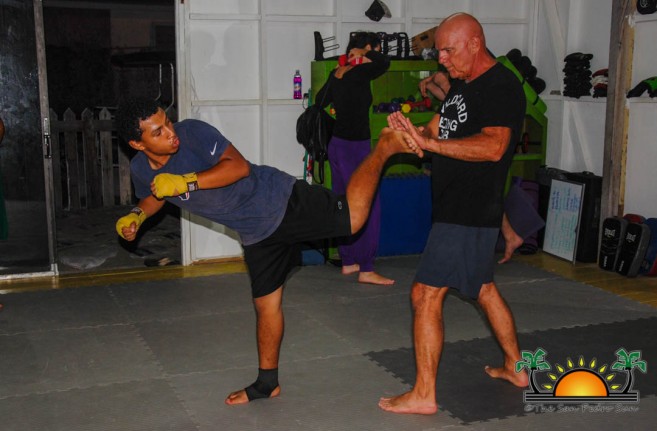 Theriault, who is also a promoter and hosts fighting tournaments in Canada, is interested in bringing a professional tournament to the island, and while browsing online, found out about Dawson’s school. The island event would be called ‘Fight Night in Paradise,’ introducing a new martial arts competition known as ‘Aisudan.’ According to Theriault, the format of Aisudan includes having fighters in different disciplines like kickboxing, Jiu-Jitsu and MMA competing against each other. 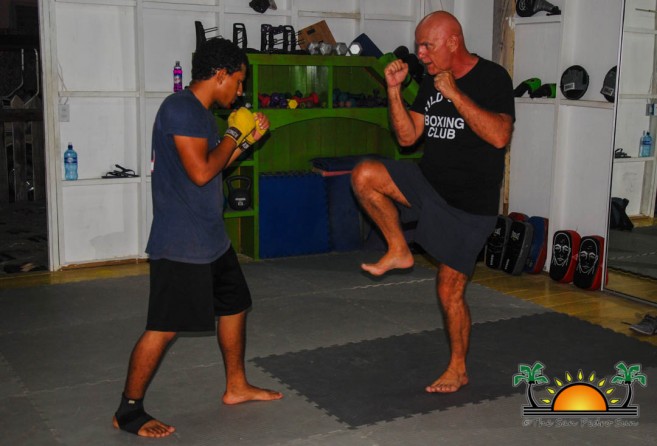 Theriault believes that an event like this could become an annual function to promote the sport on the island, while generating revenue to the businesses as well. He also foresee potential competition exchanges between Belize and Canada. 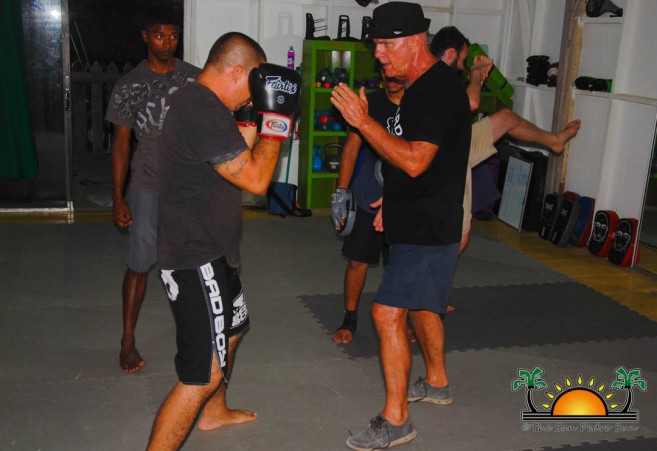 Theriault was more than happy to train with some Dawson’s fighters, teaching some ‘St-Pierre’ techniques and encouraging them to continue working hard. Dawson told The Sun that he is preparing four fighters to compete at the Chetumal Extreme Cage Fighting Tournament to take place on June 2, 2018, and those fighters benefited from Theriault’s lessons “We appreciate the opportunity and the work given by the great Vic to our fighters,” said Dawson. He also mentioned that ‘Fight Night in Paradise’ is tentatively being set for September, and details are being worked out. 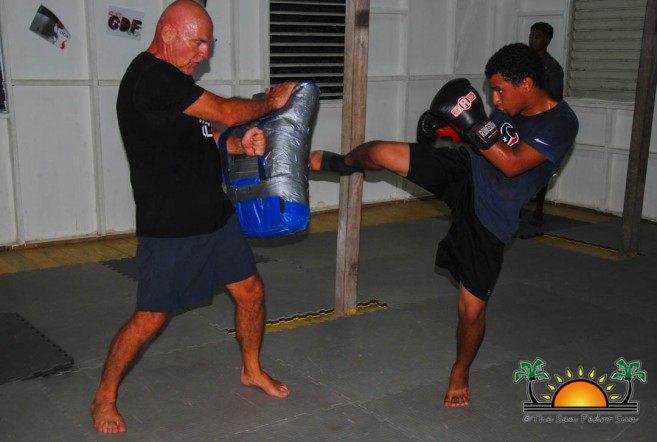 Other professional fighters that have visited the Pit Fighters Training School include Mexican MMA Champion Sergio Rosado Perez from Primmates Fight Club in Chetumal, Mexico. Perez hosted an MMA seminar along with Dawson on the island early in March of this year. The seminar taught participants Jiu-Jitsu, wrestling, and self-defense techniques. After the seminar, plans were ironed out for island MMA fighters to participate in the upcoming Jun 2nd tournament in Mexico. 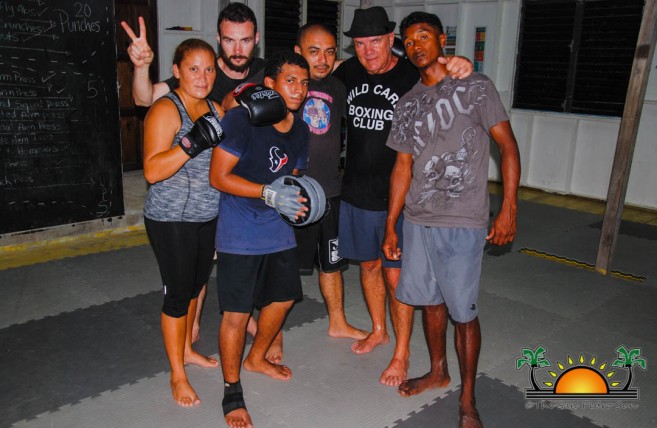 Dawson was introduced to martial arts when he traveled to Chetumal to study to become a veterinarian at the age of 18. He trained at the Centro National de Kickboxing in Chetumal, where he qualified in Level Two (out of Seven) in his on-going quest to become an MMA master. Dawson has also competed in various Taekwondo tournaments in Chetumal and has participated in a full combat tournament in Cancun, Mexico. 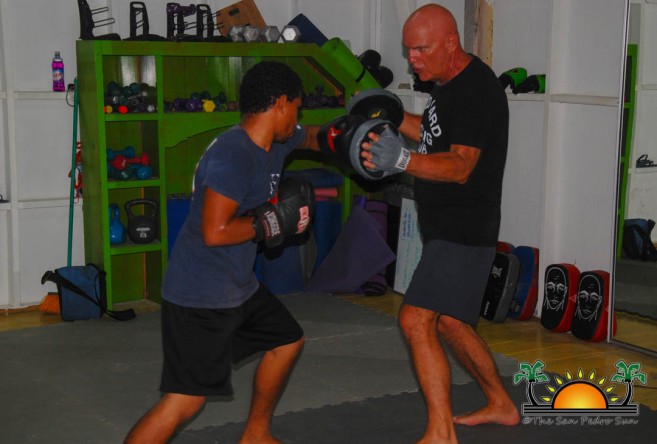 Dawson takes this opportunity to thank everyone who has supported him and his training school and is looking forward to representing the island and the country well at the upcoming MMA tournament in Mexico. He welcomes sponsors to help him and his four fighters with travel expenses from San Pedro to Chetumal only. To sponsor or get more information on his daily MMA classes, he can be reached at 605-2110.