« Older: See and Taste Belize, Inc. donates $160,000.00 for the children at the Inspiration Center of Belize
Newer: » Tiger Sharks take a bite out of the Digicell Defenders in first semi-final game


The Dawson Pit Fighters Mix Martial Arts School keeps succeeding, and on Sunday, April 29th four junior fighters participated in the first Belize Kids Jiu-Jitsu championship in Belize City. Organized by the Sports Jiu-Jitsu Belize Federation, the event saw a total of 36 competitors between the ages of five and 15 competing in several different categories. When the tournament was over, gold, silver and bronze medals were awarded to the winners. San Pedro’s Pit Fighters team brought home four medals, a gold, a silver and two bronze. 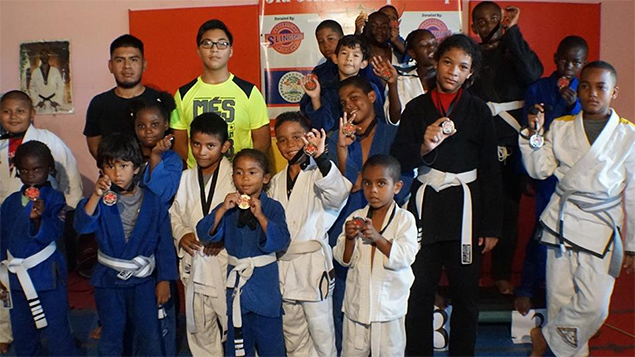 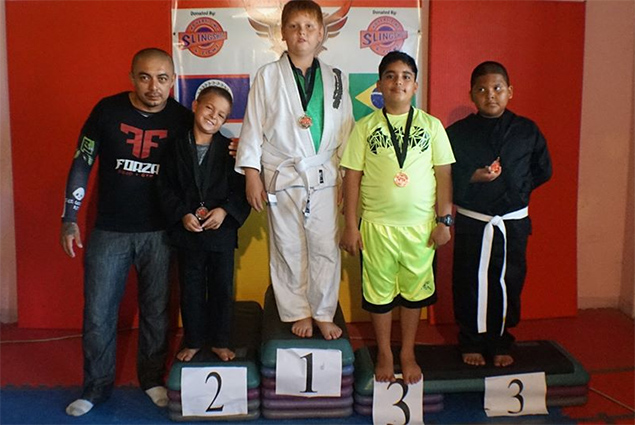 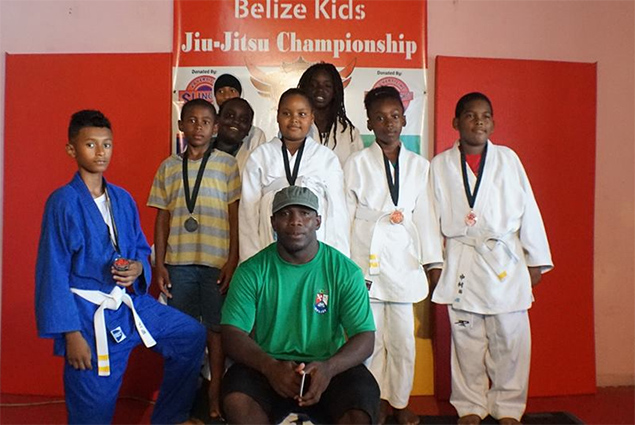 Martin Dawson, coach and head of Pit Fighters MMA School, is quite proud of his students’ performance, and plans are already underway to participate in next year’s event. He also thanks the parents and everyone else who made their event participation possible.
Presently, Dawson is preparing other fighters from his school to participate in a championship match in Chetumal, Quintana Roo, Mexico on July 7, 2018.

Mayor’s and Minister’s Cup hold second round of games