With only two more games left in the 2018-2019 regular season of the Premiere League of Belize (PLB) San Pedro Pirates remain in the third position of the football tournament with a total 16 points. The island team was defeated 3-1 by Verdes F.C at the Norman Broaster Stadium in San Ignacio this past weekend on Sunday, November 4th. 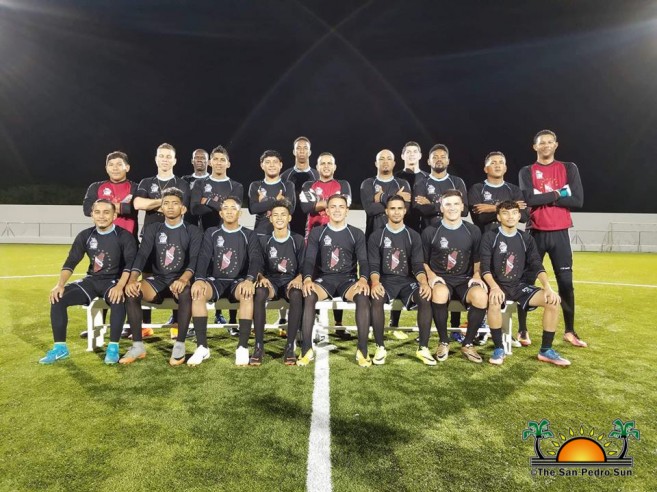 The match began promptly at 4PM, with the home team determined to win the match and gain three more points in the tournament standings. At minute 11, Verdes’ Edlin Gutierrez found his way and nailed the first goal for his team. Thereafter, San Pedro Pirates defense got aggressive, not allowing any more goals to enter. The first half came to an end with Verdes leading 1-0.
In the second half, both teams came back fierce and ready to score more goals for the victory. At minute 65, Verdes managed to net another goal courtesy of Krisean Lopez. Five minutes later, San Pedro Pirates’ Anderson Cordoba nailed a goal for his island team. Verdes’ Lopez responded with another goal at minute 72. Down by two goals, the island team fought hard to score more, however Verdes had a strong defense that didn’t allow any more scores. The long whistle then blew, giving Verdes a 3-1 victory and gaining three more points in the current standings.
Other matches taking place during the weekend saw Altitude Assassins F.C defeating Belize Defense Force 2-1, Belmopan Bandits taking an easy 4-1 victory over Freedom Fighters.
The current standings of the PLB have Belmopan Bandits and Verdes F.C at the top of the chart with 30 points each, followed by San Pedro Pirates with 16 points and Altitude Assassins with 15 points. Following the top three is Police United F.C with 14 point, Wagiya F.C with 12 points and Freedom Fighters F.C with 10 points. At the bottom of the chart is Belize Defense Force with seven points.
For their next match the San Pedro Pirates will be travelling to Belmopan City to face Belmopan Bandits F.C on Sunday, November 10th. The game is scheduled to start at 4PM at the Isidoro Beaton Stadium. For more information on how to accompany the Pirates as a fan, you can contact 623-0772.

Letter to the Editor: Hit the road Don…