The San Pedro Academy Girls claimed the national Interdistrict female Under-17 sub-champions’ trophy in the finals of the tournament organized by the Football Federation of Belize; despite their 2-0 loss to the Blackman Eddy Royals at the Isidoro Beaton Stadium in Belmopan on Sunday afternoon, December 16. 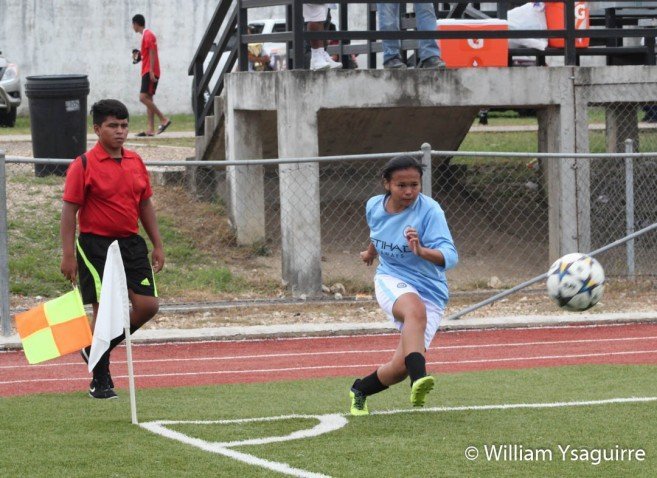 Tanya Teul and Myranie Hyde led the Academy Girls’ offensive, supported by Aaliyah Pilgrim and Samira Sorto on the wing and Ducel Leiva and Anaceily Gilharry at midfield. But they made little impression on the Royals defenders: Keonda Kayaba, Shantel “Rice” Robinson, Nyesha Jones and Chamique Haylock who held them scoreless the entire game. 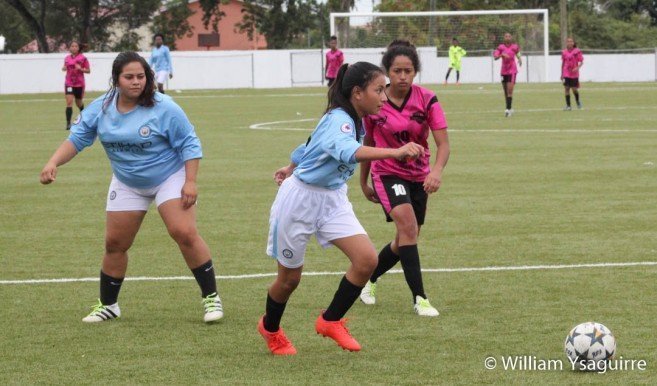 Jeselle Conorquie and Kiara Alford led the Royals’ attacks, with the help of Florine Vasquez and Kelly Dawson on the wings, and Tamelyn Escobar and Janivi Quiroz at midfield, but they could not get past Normalee Gomez who anchored the islanders’ defense. San Pedro Academy defenders Vatrany Perez, Jiary Acosta and Celeste Lopez had their work cut out, and Warriors’ coach El-Shaddai Bent introduced Abirana Sierra to relieve a bruised Anaceily Gilharry to help goalkeeper Dennisa Maerena hold off the Royals attacks almost to intermission. But something had to give, and the first half was just about over when Tamerlyn Escobar eluded Samiera Sorto and Vatrany Perez’s defense to center the ball into the goal area, where it was child’s play for Jeselle Conorquie to tap it into the net: 1-0 at the half. 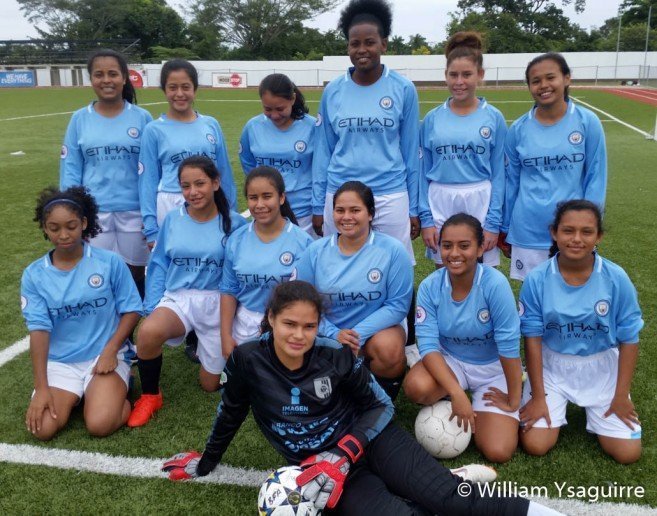 The Royals were reduced to 9 players when Kelly Dawson and Jeselle Conorquie were ejected with red cards, when Dawson started an altercation on the field. Alas, the San Pedro Academy Girls’ defense was also weakened, when Normalee Gomez received her second yellow card caution and was also sent off. They pressed their numerical advantage but were unable to find the back of the net. 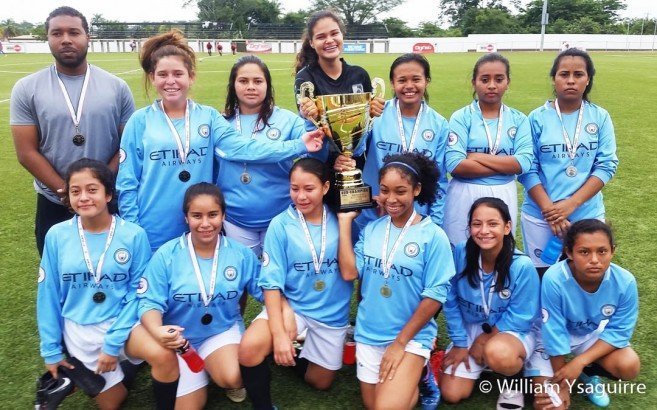 FFB president Sergio Chuc and vice president Cruz Gamez were on hand to present team trophies and individual medals to the champions and sub-champions in an award ceremony after the game.