Week five of the National Amateur Women’s League (NAWL) Closing Season 2019 saw yet another devastating loss for the San Pedro Invaders. The island team was defeated in a home game at the Ambergris Stadium against Verdes Rebels on Saturday, March 9th. This latest match, which ended in an 8-0 score, leaves the Invaders at the bottom of the tournament standing, with only two points overall. 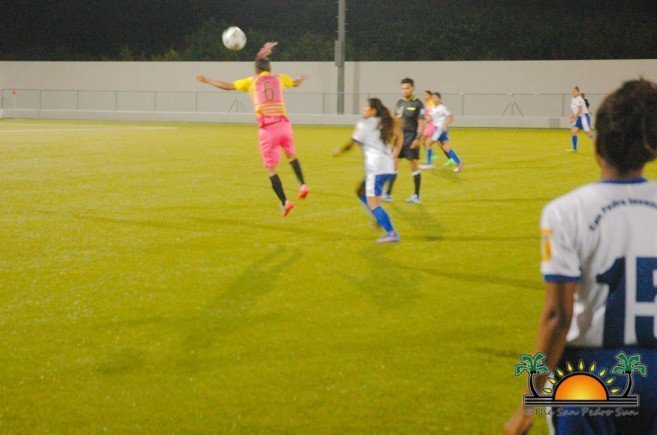 The match began shortly after 7PM, with the visiting team determined to take the victory. They began by their first goal at minute one, courtesy of Jamilet Alagrom. At minute 23 Alagrom managed to make it to the net again and scored a second goal for her team. Not satisfied yet, Alagrom went for the hat trick at minute 38. The island team, down by 3-0 tried their best to score, but all attempts were unsuccessful. The match went to break with the visiting team leading 3-0. 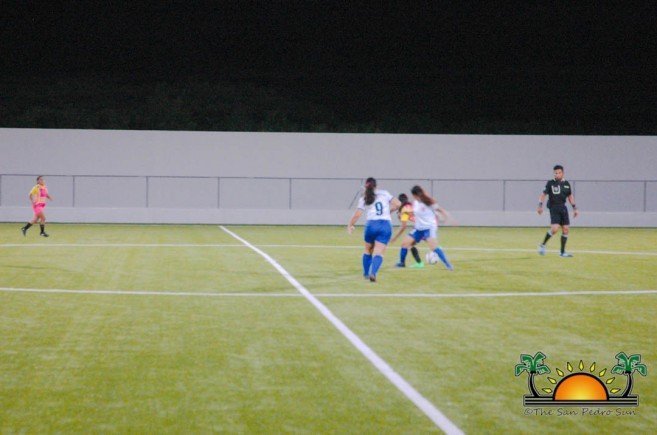 After halftime, Verdes Rebels came back even stronger nailing fourth goal mere minutes into the second half, courtesy of Florine Vasquez. A few minutes after, Verdes’ Heydi Aceiluno got her opportunity to and scored a goal. At minute 64, Vasquez found her way to the net and nailed another goal for her team. The island girls found themselves scrambling and trying to score, but Verdes Rebels had a strong defense that held steady. At minute 69, Verdes Rebels hit goal number seven when Gisel Baeza nailed another goal. Alagrom then nailed her fourth goal at minute 83 to add to the Verdes Rebels clear 8-0 victory. 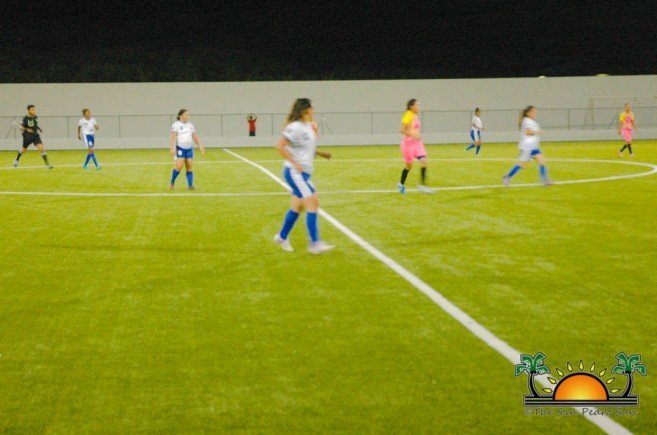 The NAWL current standings in the North have Verdes Rebels at the top with 11 points, followed by Gladiators and Black Orchids with 10 points each. Corozal Scorpions have six points and San Pedro Invaders two points. Royal Maya Hill is at the bottom of the chart with only one point.
For the South, Jewel Fury are at the top of the chart with 13 points, followed by Rumberas with 11 points and Altitude with 10 points. Dangriga Pumas and Ladies Freedom Fighters have three points each. Yet to make it on the chart is Santa Elena Strikers. 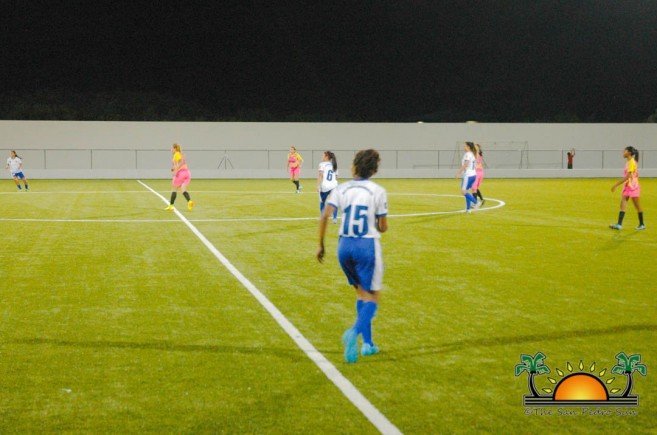 For their next match, San Pedro Invaders will be traveling to Corozal Town to face Corozal Scorpions on Sunday, March 17th. The game is scheduled to begin at 4PM at the Ricalde Stadium.