For the seventh week of the National Amateur Women’s League Tournament (NAWL) Closing Season 2019, the San Pedro Invaders hosted the Orange Walk Gladiators at the Ambergris Stadium in San Pedro Town on Saturday, March 23rd. The island team fought hard for the home victory, but at the end of the match, it was a clear victory for the visiting team with a 7-0 score point. 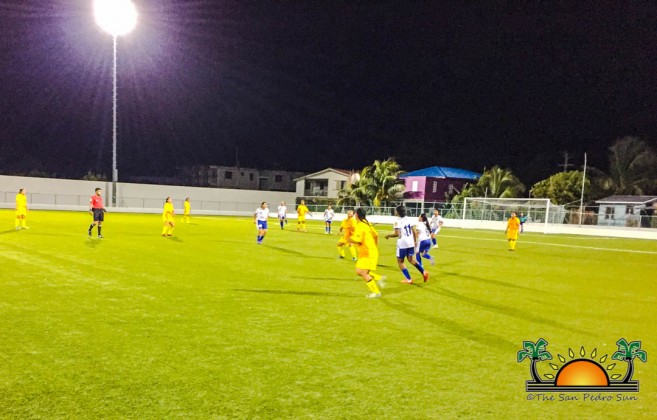 The match began promptly at 7:30PM, with the Gladiators determined to win. Their first goal into the game came courtesy of Kaite Jones. At minute 30, Jones found another opportunity at the net and nailed a second goal for her team. A few minutes later, Gladiator’s Janellie Chan nailed another goal. The visiting team continued with total control of the ball and scored another goal at minute 37, courtesy of Maria Acosta. A minute after, Jones went for the hat trick, scoring yet again. With the visiting team leading 5-0, the island girls found themselves on the defense, unable to respond. The first half came to an end with Orange Walk Gladiators leading 5-0. 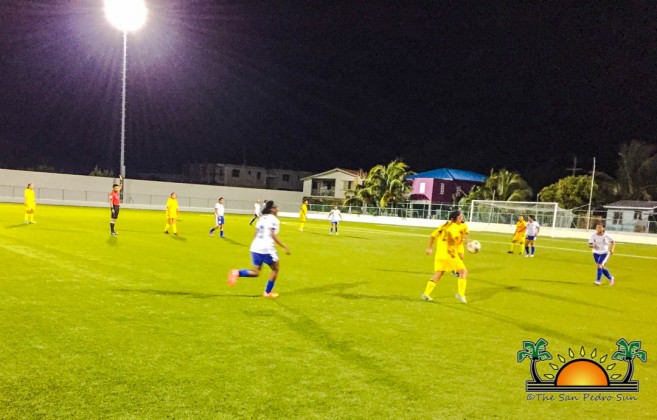 In the second half, the Gladiators maintained control of the ball, landing another goal at minute 56 courtesy of Jones. At Minute 88, Gladiators Chan made it to the net and scored a final goal for her team. With the game time up, the whistle blew, giving the Orange Walk Gladiators a 7-0 victory.
The NAWL current standings in the North have Verdes Rebels at the of the chart with 17 points, followed by Orange Walk Gladiators with 16 points, and Black Orchid with 13 points. Corozal Scorpions has six points, and San Pedro Invaders has five points. At the bottom of the chart is Royal Maya Hill with only one point. 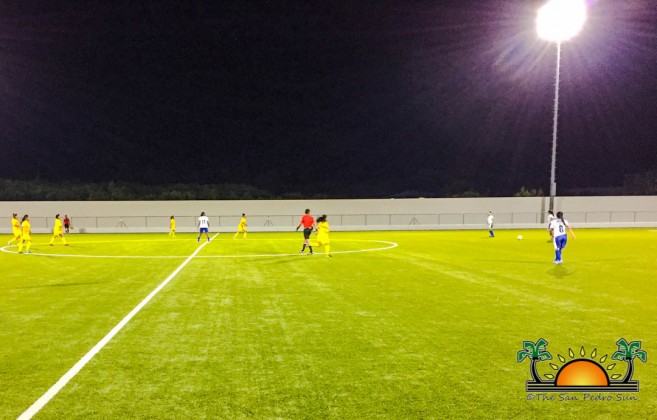 For the South, Bandits Jewel Fury is at the top with 19 points, followed by Rumberas with 15 points and Altitude with 11 points. Ladies Freedom Fighters has seven points, Santa Elena Strikers have four points and at the bottom of the chart is Dangriga Pumas with three points.
For their next match, San Pedro Invaders will be traveling to Corozal Town to go up against Corozal Scorpions on Sunday, March 31st. The game is scheduled to begin at 4PM at the Ricalde Stadium in Corozal Town.